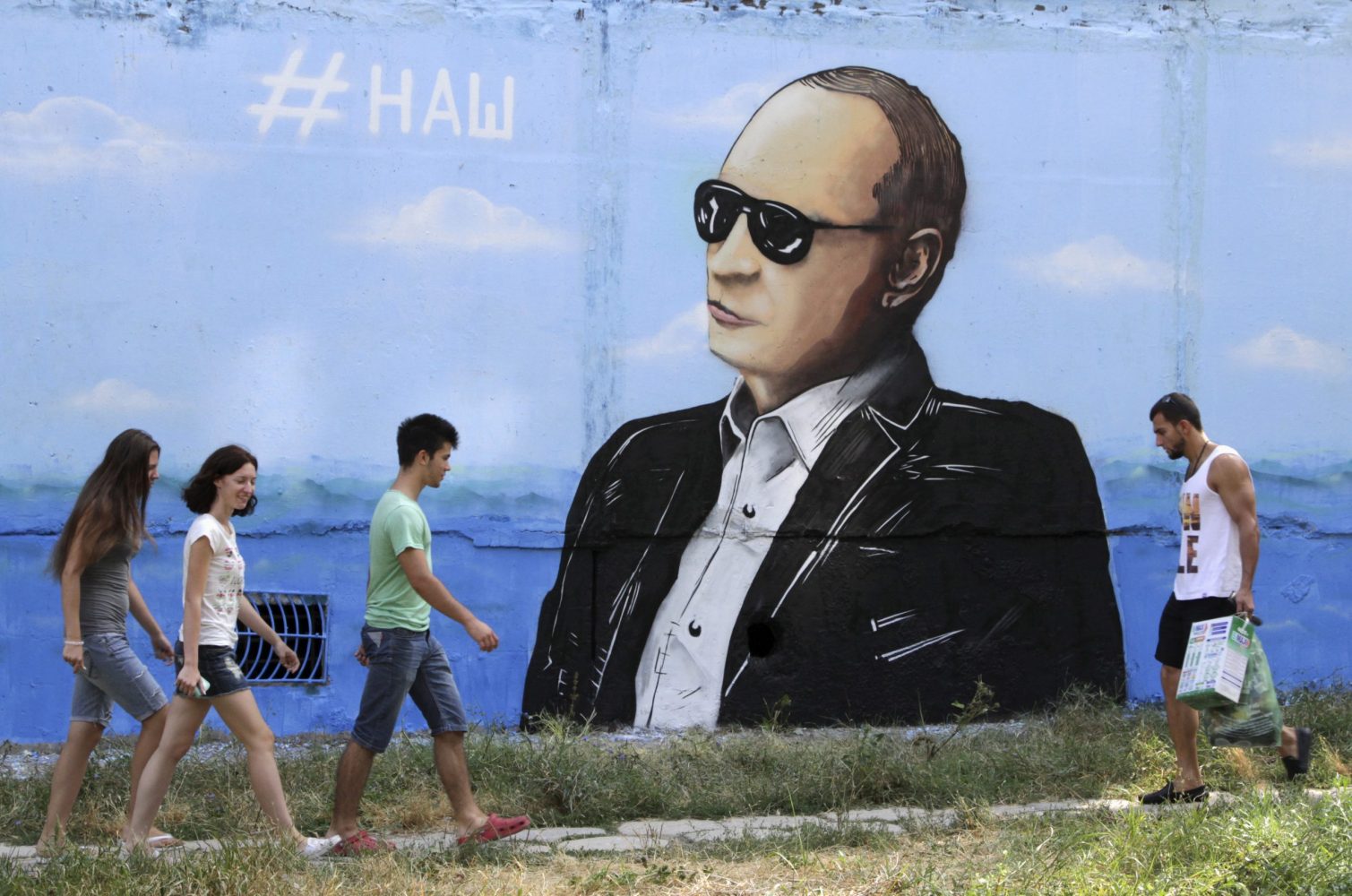 Six years ago this month, Russia shocked the world by launching a lightning operation to seize control of Ukraine’s Crimean peninsula. Putin’s Crimean crime was a watershed moment for global security that challenged the basic principles of international law established in the post-WWII era. For the first time since the days of Hitler and Stalin, one European country had invaded and annexed the territory of another.

It was clear from the very outset that the international community would never recognize Putin’s land grab. However, it was equally obvious that Russia would not face a military response. Instead, Occupied Crimea has been allowed to fester like an open wound, infecting first the Ukrainian mainland and then the entire global security environment.

Today, Crimea is no longer high on the international agenda. Many appear to regard its fate as a foregone conclusion and wish to move on. This approach threatens to normalize international aggression in ways that would have been unthinkable prior to February 2014. The subsequent deterioration in the international security environment, which some believe amounts to a new Cold War, can be traced back to those fateful days in southern Ukraine. Until the Crimean root cause of the confrontation between Putin’s Russia and the Western world is addressed, the global security challenges it produces will continue to multiply.

While declining to oppose Putin militarily, the international community has not remained silent over Crimea. On March 27, 2014, the UN General Assembly adopted Resolution No. 68/262 in support of Ukraine’s territorial integrity. Backed by 100 member states and opposed by just 11, this remains the most significant international declaration condemning the seizure of Crimea.

The 2014 UN vote has been followed by a wide range of similar resolutions from regional actors including the European Union, OSCE, and Council of Europe, and individual countries such as the US. Nor has the international response been limited to words of condemnation. The many resolutions reaffirming support for Ukrainian sovereignty have been accompanied by a coordinated campaign of sanctions levied against Russia.

These steps are welcome. Nevertheless, it remains obvious that the international community can and should do much more to oppose the Russian seizure of Crimea and work towards the restoration of the international security framework established 75 years ago.

The best argument for a tougher response is Russia’s behavior in the six years since Moscow first snatched Crimea while the world looked on. Emboldened by his Crimean success, Putin unleashed a war in eastern Ukraine that continues to this day. The conflict has claimed over 14,000 lives and left millions displaced.

The Kremlin has vastly expanded its military presence in the Middle East and deployed the Russian mercenary forces honed in eastern Ukraine as far afield as Venezuela, Libya and Central Africa. Western democracies now routinely face the threat of Russian interference in domestic election campaigns, while Russian disinformation has become a fact of everyday life. Closer to home, Moscow has increased efforts to absorb Belarus and remove it from the map entirely as an independent state.

Meanwhile, in Crimea itself, the human rights situation has deteriorated dramatically. Crimean Tatars in particular have become targets for the occupation authorities, with abuses such as abductions, illegal detentions and fabricated charges becoming alarmingly widespread since 2014.

What can the international community do to counter these attacks on the core principles of international law? While military action remains off the table, there are a number of measures that would serve to keep Crimea in the spotlight and underline international opposition to Russia’s illegal annexation.

Ukraine’s partners could support the country’s efforts to establish an international forum addressing the many security and human rights issues related to the ongoing occupation. The main goal of such an initiative would be to remind Russia that the Crimean issue is far from settled. It would also help to keep Crimea in the international spotlight at a time when the occupied peninsula rarely appears in the 24hr news cycle.

Crucially, an international platform would help to raise awareness about the humanitarian crisis in Occupied Crimea and the repression of the indigenous Crimean Tatar population. The UN Human Rights Monitoring Mission in Ukraine regularly reports that Crimean Tatars suffer disproportionately from human rights violations committed by the occupation authorities. For example, during the first six months of 2019, 79% of the 67 searches and raids carried out by the Russian authorities in Crimea targeted Crimean Tatars. Moscow has banned the main elected representative body of the Crimean Tatar people, the Mejlis, while also cracking down on religious organizations.

The international community should move in the opposite direction, extending as much support and recognition as possible to Crimean Tatar representative institutions and organizations, both inside Crimea itself and within the exile community in mainland Ukraine and beyond. These Crimean Tatar organizations must also have a role in international dialogue over the future of Crimea. While Russia attempts to write the Crimean Tatars out of Crimean history, it is vital to keep the plight and position of the peninsula’s indigenous people in the public eye.

The international community should also consider imposing further sanctions to address the grave human rights abuses taking place in Occupied Crimea. This could include escalating penalties that would force Russia to address the nature of the occupation, while also sending a strong message to Moscow that the situation on the peninsula remains very much on the international agenda.

The many statements in support of Ukrainian sovereignty and opposing the Russian occupation of Crimea are a positive step, but much more can be done to counter this landmark violation of international law. Further action depends on political will and an appreciation of Crimea’s importance to international security. The coming sixth anniversary of the Russian seizure would be a good place to start.

Suleiman Mamut is the Coordinator of the Crimean Center at the Ukrainian Association of International Law.

Vladimir Putin has been turning up the pressure on Belarus in recent months as Moscow seeks to move forward with plans to merge the country into a so-called Union State with Russia, but Minsk is proving evasive. Will Belarus be the scene of Putin’s next big foreign policy adventure?