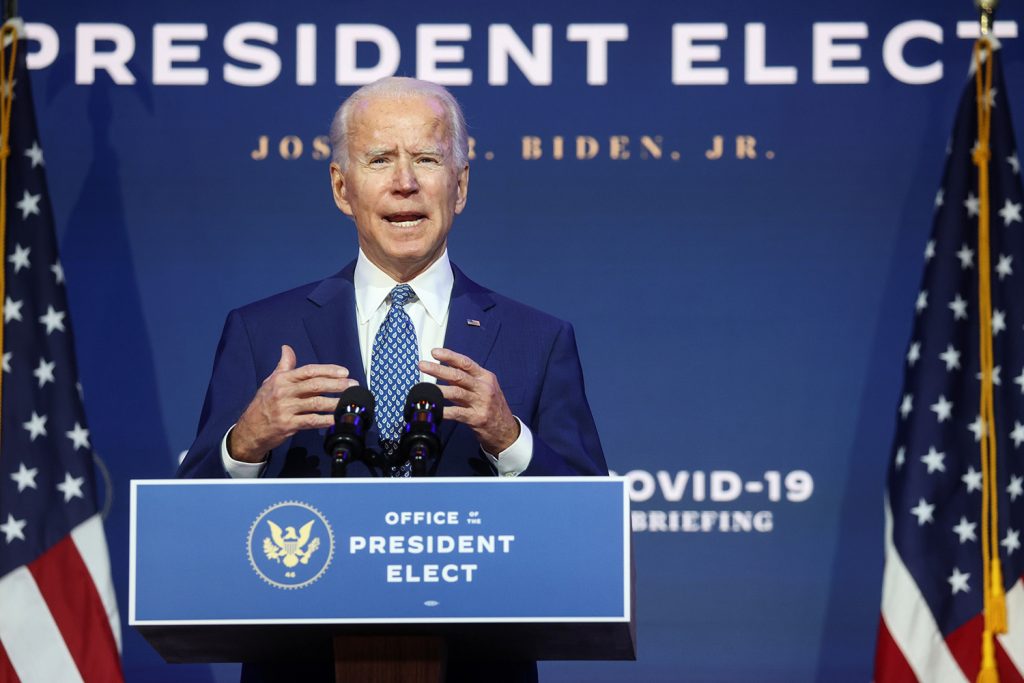 November 11, established to memorialize the end of World War I on the eleventh hour of the eleventh day of the eleventh month, is an appropriate date to congratulate President-elect Joe Biden and Vice President-elect Kamala Harris on their victory marking the end of another form of war. Of course, assuming office on January 20, 2021 means that US President Donald Trump’s lawsuits and litigation to reverse the election results fail and the Electoral College confirms Biden as president. Hopefully, this legal process will end soon.

The president-elect, no doubt, is besieged with recommendations and ideas of what to do. While he and his team may never read this column, three priorities are self-evident: the pandemic; healing the nation; and putting in place an economic recovery plan. About COVID-19, any plans and strategies are very much hostage to what the Trump team did and did not accomplish.

Biden has no control over when a vaccine may become available for widespread use. However, his administration will be responsible for production, distribution, and outreach to convince sufficient numbers of Americans to take the vaccine to assure its effectiveness in containing and preventing the spread of COVID. This is both an unprecedented and supremely monumental task as at least 330 million doses are needed to start. If mishandled, this can ruin his presidency.

The Pentagon is managing Operation Warp Speed to develop and distribute the vaccine. Warp Speed’s head, Army General Gus Perna, says this could cost $25 billion. Production and distribution are crucial especially when shipped at -94 degrees Fahrenheit. Both are dependent on the private sector for delivery and on a brand-new software program to monitor in real time who, what, and where vaccines are being administered. How Warp Speed works is the new president’s responsibility.

Given the urgency with which Warp Speed was established, major problems are inevitable. The only means to minimize and anticipate delays and malfunctions is with rigorous oversight, monitoring, and rapid reaction teams to anticipate these and other shortcomings that will arise. Biden’s own Task Force on COVID-19 is a good first step, but so far it lacks expertise in these vital production and distribution areas. Scientific competence is not sufficient to ensure success in this massive vaccination program. Appointing Jeff Bezos of Amazon or Fred Smith of FedEx would resolve the most obvious deficiencies.

The Biden plan must stress testing, contract tracing, wearing of masks, and social distancing and the stocking of medical equipment. And it must have an international component for a simple reason: the virus does not recognize national boundaries. A global solution is vital.

About governing as an American and not a Democrat or Republican, actions speak louder than words. Biden needs a competent and experienced cabinet in which diversity should be important but not the overriding selection factor. Appointing at least one Republican to an important post is essential.

As suggested by entrepreneur Anthony Scaramucci, the President-elect should consider making Senator Mitt Romney (R-UT) secretary of state. Democrats who are seeking these plum jobs and see no reason to award the opposition will be infuriated. But Romney, a former governor and presidential candidate, is highly qualified and has the virtue of being a rare anti-Trump Republican. This would prove Biden’s bipartisan commitment and surely cement support from current Senate Majority Leader Mitch McConnell (R-KY), who is critical to approving needed legislation no matter which party controls the Senate.

If Republicans maintain control of the Senate, Biden can outflank the far-left wing in the House by working with McConnell. If Democrats win in Georgia in January and gain control of the Senate, then Biden would not want to lose the filibuster rule to ensure Republican support for legislation that likewise could sideline the more progressive wing of the Democratic party.

Last, Biden must generate an economic renaissance by providing funds for health care, clean and renewable energy, infrastructure, and technological incubators through a national investment bank. This column has called for such a private-public partnership capitalized to about $2-3 trillion through long-term bonds paying 2 percent over prime, guaranteed by the government and repaid from user fees and tolls. History offers one reason a fund will work: the biggest economic boom in American history followed the 1918-1920 Spanish Flu pandemic. This can be repeated.

Given the president-elect’s meaningful promises for an inclusive government, Biden is on the right track. Beginning with legal challenges to the election raised by the incumbent, to the COVID-19 pandemic that will worsen, to the economic crisis, the forty-sixth president’s challenges are daunting. On Veteran’s Day, let us hope that November 11 marks the end of one massive war with promise for the future.

Dr Harlan Ullman is Senior Advisor at the Atlantic Council. His next book is The Fifth Horseman and MAD: How Massive Attacks of Disruption Endanger, Infect and Engulf Us and the World.

A plea to the next president: Lay out a plan for getting beyond the pandemic

The nation faces three crisis. The first is the COVID-19 pandemic that is worsening on a frightening and possibly vertical trajectory. The second is the most divisive, partisan, and septic political environment in memory. Third is a government that is failing—and some argue has failed dismally—in responding to the pandemic.

Maintaining a strong, relevant military is vital. However, we should maintain an “off ramp” to prevent the adversarial aspects of international competition from provoking a future military confrontation.