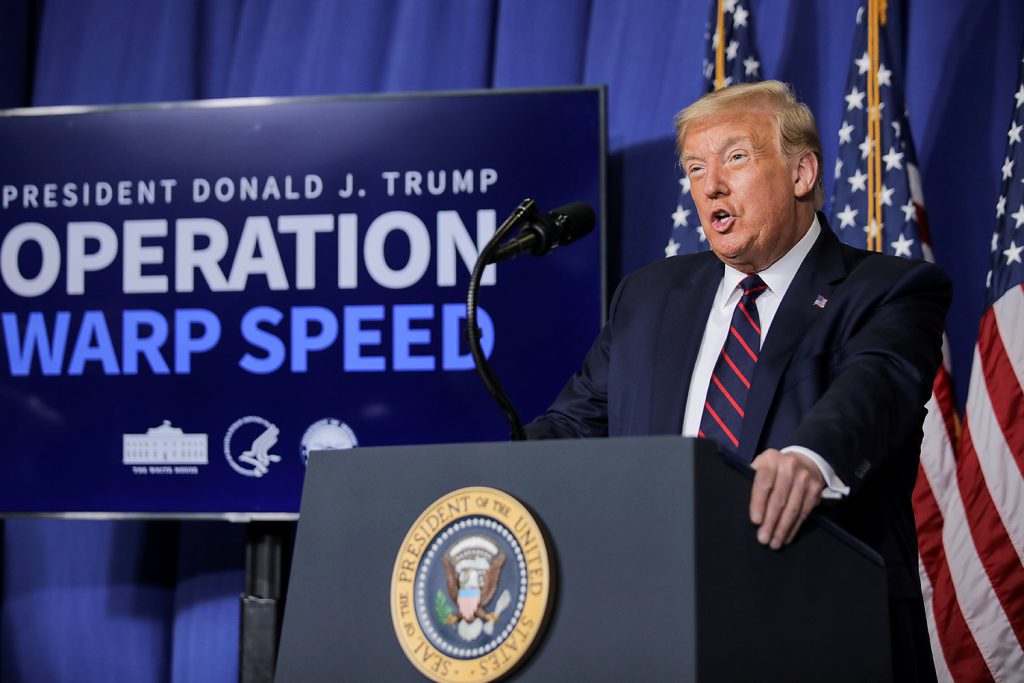 In Anatomy of Failure: Why America Loses Every War It Starts, the title was my book’s argument. Since the end of World War II, despite claiming it had the greatest military in the world, America’s record in using force was far from distinguished.

Korea was at best a draw. Vietnam was an ignominious defeat. America is still embroiled in Afghanistan. And the second Iraq War was the single worst strategic disaster for America since the Civil War.

Fortunately, America “won” the Cold War, a conflict we did not start. While the 1990-91 Iraq war was brilliantly waged, Saddam Hussein started it and the George H.W. Bush administration was wise enough not to expand the war once Iraq was ejected from Kuwait.

Today, the president calls the fight against the novel coronavirus a “war.” True, it is a war we neither started nor wanted. But like Vietnam and Iraq II, it is “war” we are losing for surprisingly similar reasons.

The fundamental factors that ensured failure in using military power were consistent regardless of the party in power. In the first instance, presidents and their administrations lacked sufficient knowledge and understanding of the conditions in which force was to be used. Second, the reasons for going to war were manufactured and proved to be wrong. Third, presidents lacked the experience and judgment that led to flawed assumptions and decisions. Fourth, “group think” too often dominated decisions. And finally, “expert” advice was ignored or rejected.

Vietnam was the classic case of failure and how these factors produced it. In Vietnam, four presidents from Dwight D. Eisenhower to Richard Nixon saw the conflict as essential to preventing the spread of so-called “monolithic communism” and an unholy alliance of Soviet Russia and Communist China. As Lyndon Johnson often argued, “If we don’t stop the commies on the Mekong, we will fight them on the Mississippi.” All those arguments were wrong.

In 2003, the second Bush administration launched an invasion of Iraq to deny Hussein weapons of mass destruction he no longer possessed — not dissimilar to Johnson’s embrace of an attack in the Tonkin Gulf that never took place. The underlying argument was George W. Bush’s freedom doctrine: By imposing democracy, the geostrategic landscape of the Greater Middle East would dramatically change. Tragically, his vision proved correct but not in the way he meant.

First, President Donald Trump lacks the experience, judgment, knowledge, and understanding to lead in containing, mitigating, and overcoming this pandemic. The president’s initial reaction was to ignore and then downplay the virus. He wrongly asserted that the virus would disappear. He has since claimed that 99 percent of the young who were infected would have virtually no symptoms beyond “sniffles.”

The issue of masks is an example of incompetence and ignorance. Masks prevent the spread of the disease from wearers to others, period. It took four months for the president to wear a mask and only after opinion polls showed him far behind his opponent did he reluctantly change his mind.

The United States still does not have a comprehensive strategy for dealing with the pandemic and for economic recovery. In Vietnam, the strategy of gradual escalation was not a comprehensive plan for dealing with the different conflicts that were being fought concurrently in Southeast Asia beyond local military battles. In Iraq II, the strategy was to unseat Hussein and then withdraw. The parallels with COVID-19 are eerily similar.

As intelligence was cherry-picked to prove that in Vietnam there was “a light at the end of the tunnel” and that Hussein had WMD, Trump selectively used “data” to prove wrongly that America had the lowest and best mortality rate in the world; that America did more testing than anyone else; that U.S. testing was the best; and that the economy must be reopened no matter the health costs. And the president has rejected sustaining an international coalition to defeat COVID-19.

If Presidents Ronald Reagan, George H.W. Bush, Bill Clinton, George W. Bush or Barack Obama were in the White House, would the national response have been different? Given the actions of these prior leaders, it would seem inconceivable that any of them would have been so cavalier and indifferent to the pandemic. How each confronted AIDS (and Obama with Ebola) is instructive to answering this question.

But Trump, and not these other presidents, is in the White House. The tragedy is that the outcome of Trump’s war with this virus could follow what happened in Vietnam and Iraq.

Harlan Ullman is UPI’s Arnaud deBorchgrave Distinguished Columnist, senior adviser at the Atlantic Council and author of the upcoming book, “The Fifth Horseman: To Be Feared, Friended or Fought in a MAD-Driven Age.”

What would Ernie King do if he were CNO today?

The fire on board the USS Bonhomme Richard (LHD-6) is the latest in a series of mishaps that have plagued the US Navy for a considerable time. The litany of misdeeds, disasters, and mistakes is, sadly, long.