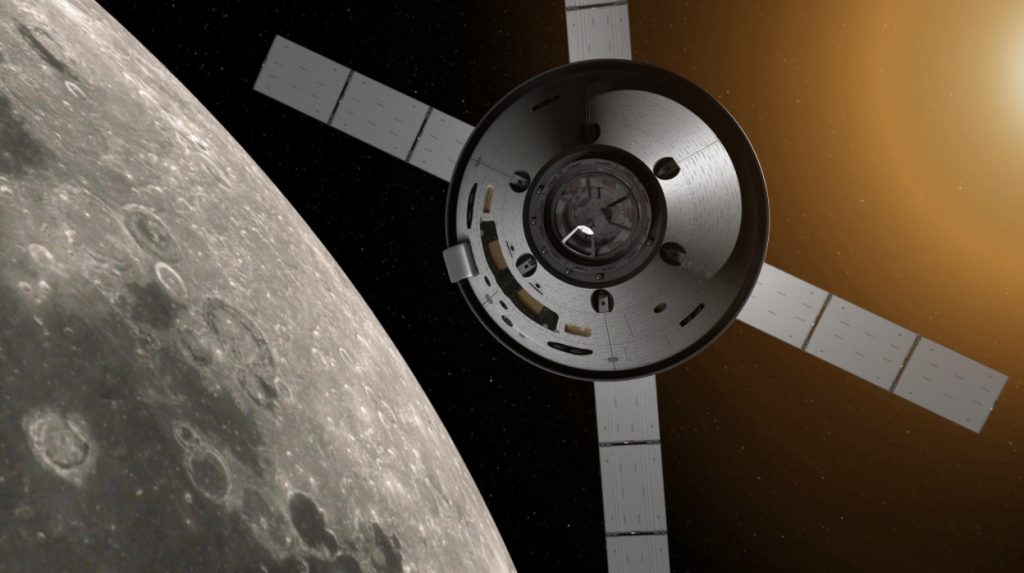 Sixty years since the first human launched into orbit, what is the future of security and prosperity in space? On April 12, the International Day of Human Spaceflight, the Scowcroft Center’s Forward Defense practice sought to answer this question with an engaging virtual public event featuring esteemed space experts and the launch of a new Atlantic Council Strategy Paper.

The event began with a video connecting the nostalgic history of US space exploration with the boundless potential of space now and in the future for enhancing security and prosperity for the United States and allies. Consistent with Forward Defense’s mission to produce forward-looking assessments of the trends, technologies, and concepts that will define the future of warfare, the video illustrated the ramifications of space for twenty-first century security challenges.

Following the video, Atlantic Council President and CEO Frederick Kempe offered remarks about the significance of the report, which outlines a thirty-year strategy to deal with challenges in space. He noted that most strategies are short and medium term, but few strategies grapple with the long-term ramifications of space.

Starting off the workshop was a panel that examined some of the findings of the report itself. This first panel featured former Vice Chairman of the Joint Chiefs General James E. Cartwright, former Secretary of the Air Force Deborah Lee James, former NASA Administrator Charles Bolden, and former National Space Council Executive Secretary Scott Pace. General Cartwright and Secretary James, Atlantic Council Board Directors, also were co-chairs of the report. This panel was moderated by Jennifer Griffin of Fox News. This panel’s major themes included the importance of preventing US great-power competitors from seizing the upper hand in space, while also recognizing the importance of cooperation to facilitate space sustainability. General Cartwright began by discussing the significance of particular areas of space—such as the Lagrange points, which are areas of advantageous orbital stability in space. They have value from a military perspective, with the speakers claiming that they provide a beneficial location for permanently stationing satellites for research and military reconnaissance. Following General Cartwright’s comments, Ms. Griffin asked the panelists to name a key “aha” moment for them in their careers as space professionals. Secretary James discussed the “aha” moment she had following the First Gulf War, when she realized the military significance of satellites for warfare on the ground. She also noted that “[a]nybody who was alive in the year 1969 and was old enough will remember where they were when Neil Armstrong took that first historic walk on the Moon. That was my first aha moment…” Secretary James’ comments were followed by former NASA Administrator Bolden arguing that engagement in international fora related to space will be critical to shoring up US legitimacy abroad, as well as fostering norms conducive to US interests. As part of this, he claimed that “[e]verything in the report talks about US leadership, which requires we be willing to compromise and go to the table.” Finally, Dr. Pace claimed that cooperation with China can be pursued under conditions of reciprocity, transparency, and mutual benefit, but ruled out high-level cooperation in areas such as human spaceflight.

During an interlude between the first and second panels, the audience was treated to two short discussions which lent a tangible connection to why humankind goes to space and what space adds to their day-to-day lives. First, NASA astronaut COL Andrew Morgan spoke with Forward Defense’s Senior US Air Force Fellow Lt Col Christopher P. Mulder. COL Morgan, who spent over 270 days on the International Space Station, observed that space “allows us to reap even more benefits for humanity,” with scientific experiments and exploration demonstrably improving life back on Earth.

Following COL Morgan’s interview, a presentation on remote sensing was given by Debra Facktor, the Head of U.S. Space Systems for Airbus U.S. Space & Defense, Inc. Noting that space has “enabled us to learn so much more about Earth,” Ms. Facktor demonstrated the evolution in commercial remote sensing capabilities and the kinds of activities that Earth imaging from space can enable, from agriculture to national security.

The event concluded with a discussion of the role of the commercial sector, led by a second panel featuring the H4X Lab’s Head of Naval Portfolio Ellen Chang, XPRIZE Director Gregg Maryniak, former Office of Net Assessment advisor Matthew Daniels, Space Security Program Director of the Prague Security Studies Institute Jana Robinson, and Ms. Facktor. This panel’s major emphasis was on the ways that the commercial sector could facilitate space activity, as well as the shift from space for exploration to space for its use for the long-term resilience of humankind. Ms. Chang began by claiming that private industry can only thrive when government policy is permanent, as opposed to transitory; this makes a thirty-year strategy of great importance to industry. The panelists discussed the raison d’être for going to space, with Mr. Maryniak noting that, while space activities were primarily intended to expand the horizons of human knowledge through exploration, space now is for survival and resource acquisition due to climate change and consumption challenges on Earth. At one point, Mr. Maryniak claimed that “[w]hat’s at stake is the entire future. More important than the commercial future is the future of our species. Survival of our next one hundred years depends on combatting threats such as climate change.” Discussing the significance of space in the US national consciousness, Dr. Daniels argued that the Apollo program represented a spirit of optimism and accomplishment. Dr. Robinson focused her remarks on space commerce and sustainability, noting that the biggest challenge to commerce will be debris and unsustainable space operations.

You can rewatch “The Future of US Security in Space” here. To read the report, click here. For more information about the Atlantic Council’s Forward Defense practice or to read our latest reports, op-eds, and analyses, please visit the website here. You can also sign up for updates from Forward Defense to hear the latest on the trends, technologies, and military challenges shaping tomorrow.  The report was authored by Forward Defense Deputy Director Clementine G. Starling, Forward Defense Assistant Director Mark J. Massa, Senior US Air Force Fellow Christopher P. Mulder, and Forward Defense Young Global Professional Julia T. Siegel.

Raphael Piliero is a Young Global Professional for Forward Defense at the Atlantic Council’s Scowcroft Center for Strategy and Security.

The future of security in space: A thirty-year US strategy

Outer space is rapidly transforming as new actors test new limits. This Atlantic Council Strategy Paper calls for the United States and its allies and partners to secure space over the next three decades or risk wasting the promise of this emerging domain.