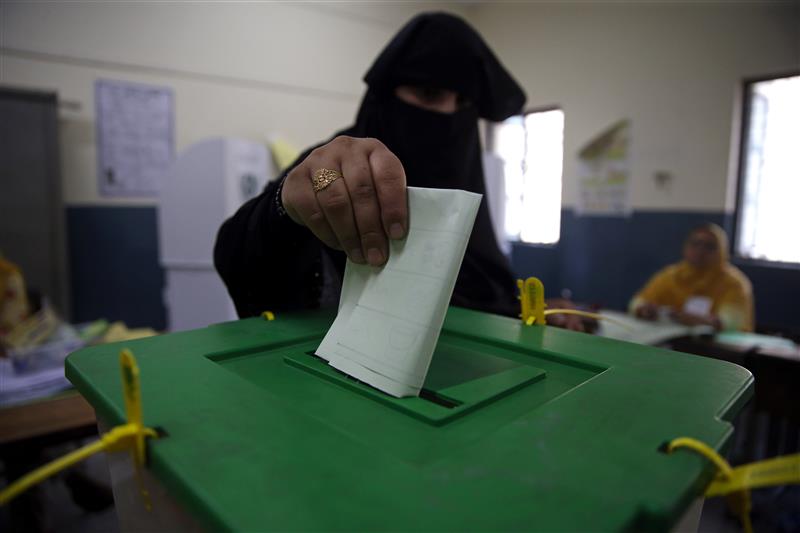 On August 4, 2022, the Atlantic Council’s South Asia Center along with the Muslim American Leadership Alliance hosted an in-person conversation on the history, politicization, and future of overseas voting in Pakistan. The discussion was moderated by South Asia Center Distinguished Fellow Shuja Nawaz and featured Dawood Ghazanavi, Barrister at the Supreme Court of Pakistan; Dr. Sahar Khan, Research Fellow at the CATO Institute; and Riffat Chughtai, Senior Advisor with the South Asia Center.

Pakistan Initiative director Uzair Younus opened up the discussion by highlighting the highly contested nature of overseas voting, given the level of political polarization, ambiguous laws, and lack of checks and balances surrounding overseas voters. However, including overseas Pakistanis in the democratic process can further “enrich and energize the country’s democracy” and accelerate the democratic transition Pakistan is going through.

He also emphasized the importance of recognizing privilege, considering much of the discourse surrounding overseas voting revolves around the diaspora in the West. It is crucial to include the millions of Pakistanis residing in the Gulf as well, who have largely been ignored in this debate but hold the biggest stake in Pakistan’s future as they do not have dual citizenship and will eventually return to their homeland.

Technology and transnationalism as a case for overseas voting

Shuja Nawaz commenced the discussion with Dawood Ghazanavi, who presented the case of overseas voting as a necessary means to give overseas Pakistanis an avenue to be embraced in Pakistani society. Technology allows the diaspora to remain connected to Pakistan and the social, political, and economic landscape of the country. Democratic expression in the age of transnationalism, he states, can extend to those living outside the territorial boundaries of their countries, allowing them to connect with home. Currently, ninety-three countries around the world practice the exercise of overseas voting.

Ghazanavi added that the Pakistani diaspora, is politically and emotionally involved with Pakistan because they want to see change. In an effort to do something for Pakistan, often these groups would become vulnerable to international terrorist organizations—something Ghazanavi witnessed during his time in England. Thus, overseas voting is a means to positively channel the energy in the Pakistani diaspora who want to remain involved and engaged with Pakistan.

Voting is only one form of engagement

Moving the discussion along, Dr. Sahar Khan noted that after the 9/11 attacks, entrepreneurship and education became two big avenues of confidence building between the two countries. Pakistan is currently one the of the largest recipients of Fulbright scholarships, resulting in more people-to-people connections and an increase in regional programs on Pakistan in state colleges. This highlights an interest to study the region and the country both among Pakistanis living in the United States as well as non-Pakistanis. Besides entrepreneurship and education, Khan discussed how tourism is another measure through which the diaspora can become more involved with Pakistan. In this light, she asserted that while overseas voting is one way to engage the Pakistani diaspora, there are other means in which the diaspora can get involved too.

The issue with overseas voting, Khan notes, is not solely the technological challenges in facilitating this process, but primarily the lack of clarity on why overseas Pakistanis want to have a vote in Pakistan, as well as what kind of change they want implemented. This bridges in to the question of whether an overseas Pakistani deserves to have the same level of vote as those who are living in Pakistan, considering overseas citizens do not experience the same economic challenges and political upheavals as Pakistani residents.

The need for due diligence

According to Riffat Chughtai, there is no black and white answer to the question of overseas voting. She asserted that while the idea of electronic voting, as proposed by the government of former Prime Minister Imran Khan, was good, it still had challenges. Chughtai highlighted the need for increased due diligence to ensure that the technology being used is accurate and reliable in hopes of avoiding “chaos after the election” that might lead to individuals questioning the electoral process or its results.

Chughtai also noted that there are four questions central to the debate around overseas voting that we must take into consideration and answer. Firstly, what does the diaspora want? Second, is overseas voting economically beneficial for Pakistan? Third, who benefits politically from this? And finally, the legality of the issue—what do the laws in the United States and Pakistan say on being active in a political campaign overseas?

I-Voting and the 2018 pilot project

After the supreme court picked up the case in 2018, Dawood Ghazanavi noted that it took Pakistan’s National Database and Registration Authority and the election commission twelve weeks to devise a pilot project that would facilitate voting arrangements for nine million overseas Pakistanis. When tested during the 2018 by-elections, however, only 1.2 percent of 700,000 people involved voted. Ghazanavi noted that while the turnout for the by-elections was extremely low, the biggest factor to take into account is that there was no guidance by the election commission on how to vote and how this new electronic voting process was facilitated. ​

There is no class of citizens in an open society

Khizr Khan, Pakistani-American father of US Army Captain Humayun Khan who died during the US invasion of Iraq in 2004, was in the audience, and spoke briefly at the end of the discussion. He began by emphasizing the importance of free press, while also noting the long journey of US democracy. Khan highlighted that it was not until the 19th Amendment in 1919 when women, but mainly caucasian women, finally received the right to vote in the United States. Despite this development, there was still work to be done in fighting for equal rights in the United States for other minorities. In an open society, noted Khan, all citizens have equal rights, and we cannot have “apartheid among the voting population.” Democracy continues to face challenges—we can either have an open society, which is democratic, or a closed society. The choice, he emphasized, is in our hands.

Adrian Levy and the myth of Pakistan’s Inter-Services Intelligence

By Kamal Alam and Adrian Levy

In this interview with non-resident senior fellow Kamal Alam, author Adrian Levy reflects on the deep historical relationship between Pakistan’s Inter-Services Intelligence and the United States’ Central Intelligence Agency, noting that it has covered history’s many “pinch points.”

Image: A voter casts her vote at a polling station during the general election in Islamabad, Pakistan, July 25, 2018. REUTERS/Athit Perawongmetha