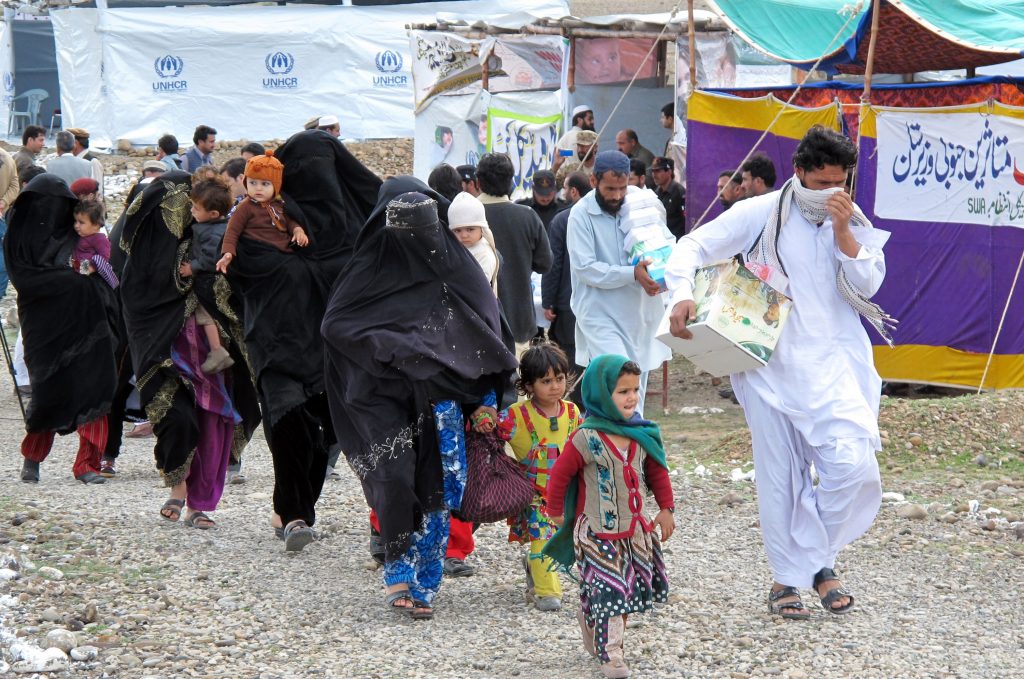 On July 7, 2022, Pakistan’s Parliamentary Committee on National Security formally approved the beginning of negotiations between its military and the outlawed terrorist group Tehreek-i-Taliban Pakistan (TTP). Military leadership reportedly warned parliamentarians that the TTP is seeking to join hands with Islamic State-Khorasan Province (IS-K), which would be catastrophic for the country. In this context, argued the military, Pakistan is “compelled” to seek a peace deal with the terrorist group in order to avoid the dire consequences of an impending TTP-IS-K alliance.

The compulsion argument, however, is far from convincing.

Pakistan has a penchant for outreach and negotiations with terrorist groups–especially over the last two decades–with less-than-stellar results.

As early as 2004, before the TTP conglomerate emerged, Pakistan signed a pact—the Shakai Peace Agreement—with South Waziristan Taliban Commander Nek Muhammad Wazir. As part of the agreement, Nek Muhammad agreed not to shelter terrorists and give them up to Pakistani authorities, while pledging not to harm government officials or property. The Pakistani government, meanwhile, agreed to release Taliban prisoners, pay compensation for property damage from the military operation in March of that year, and provide money to militants so that they could repay their debts to al-Qaeda. The Shakai Agreement is one of many examples in which Pakistan has given up and given in so much to terrorists’ demands while receiving the bare minimum in return.

Similarly, the government signed the Sararogha peace agreement with Baitullah Mehsud in February 2005. It failed soon after it was signed, however, as clashes between security forces and Baitullah’s men escalated. Not only did the peace pact result in more violence, but it also provided Baitullah with the spotlight and starpower he needed to emerge as a political and militant leader. Soon after, Baitullah succeeded in unifying militants under the TTP umbrella while consolidating power as their chief, creating an existential threat to Pakistan.

These are just two examples of how deals between the government and non-state groups have a propensity to fail. The reason for this is wholly unsurprising–terrorist groups simply do not abide by negotiated agreements. Furthermore, the negotiating process lent (and continues to lend) them legitimacy while undermining the power and credibility of local tribes. Mariam Abou Zahab argues that in tribal tradition, “surrender means that you approach the rival group and meet them on their territory… In Shakai, the army came to meet Nek Mohammad.”

Ever since the TTP emerged, Pakistan has manufactured or geared up political consensus to negotiate with its central and factional leadership, striking written or unwritten deals. Yet again, most of the deals did not hold up–either the negotiation process failed or terrorists violated the terms soon after the agreement was signed.

This has resulted in a cycle where–regardless of the immediate outcome of talks–the TTP has always walked away with a big-picture win. They have had militants released from prison and/or pardoned, gained legitimacy and publicity (since the Pakistani government offhandedly acknowledges their strength every time it quickly defaults to negotiations), stalled military action, and projected influence and authority in an otherwise asymmetrical power dynamic. In return, Pakistan walks away with shoddy and short-lived ceasefires.

The TTP leadership has always sat at the negotiating table in bad faith, but Pakistan continues to put a square peg in a round hole. This time, however, Pakistan has upped the ante by putting political mainstreaming on the table. In meetings reported over the last several months, a Pakistani delegation led by Peshawar Corps Commander and former spymaster Lieutenant General Faiz Hamid was apparently open to political reconciliation and inclusion of the TTP within Pakistan’s constitutional framework. Moreover, the delegation also agreed to pardon two convicted TTP leaders, one guilty of killing security personnel and civilians in terror attacks, and the other convicted for kidnapping Chinese officials.

Relatedly, it must be noted that China’s concerns about attacks on China–Pakistan Economic Corridor (CPEC) projects and personnel are rising, with Beijing even suggesting that its own security may need to protect assets in Pakistan. Despite this–and the massive economic lifeline which China provides Pakistan–it continues to make concessions to groups such as the TTP. That CPEC’s security is also under threat demonstrates the shortsightedness of the government’s “default to negotiations” policy.

Pakistan should instead have negotiated with a position of strength and victory after its huge offensive in North Waziristan, Operation Zarb-e-Azb. When TTP militants began regrouping and returning to the former tribal areas, Pakistan, as part of its Operation Radd-ul-Fasaad, should have taken advantage of vulnerable TTP commanders, offered them carrots and sticks, exploited TTP infighting, and empowered the local population and institutions.

Pakistan and its military establishment made a grave error by turning a blind eye to the TTP’s regrouping over the last four years. Had the state maintained relations with and prioritized empowering locals–as opposed to striking quick-burn deals with non-state groups while targeting peaceful dissenters against human rights violations, such as the Pashtun Tahaffuz Movement–it would not be negotiating with terrorists from a such weak position.

Even now, Pakistan has other options. It can urge the Afghan Taliban and especially Punjabi Taliban groups to squeeze Noor Wali and his financial resources. It can threaten surgical strikes until the TTP disarms. It can also expand intelligence-gathering to exploit infighting and fragmentation among TTP factions.

However, given recent trends, it is more likely that Pakistan will offer to include the TTP in the country’s political landscape—their candidates could one day participate in elections and even hold office. The question is, will the TTP disarm and disband its myriad of affiliated groups? Will they disavow al-Qaeda and other foreign entities? How will Pakistan and the TTP rein in and counter splinter groups? Will mainstreaming the TTP guarantee an end to terrorist attacks? Pakistan’s political and military leadership need to have transparent deliberations regarding these concerns.

These rounds of talks may not end in a deadlock the way previous negotiations have, because the Afghan Taliban, particularly its interior minister Sirajuddin Haqqani, are quite invested in the success of the current round of negotiations. That said, regardless of the outcome, Pakistan will have further provided legitimacy to a group responsible for killing and traumatizing thousands of Pakistani civilians and soldiers—all while being unable to guarantee an end to terror in the country. Even if these talks succeed, Pakistan will lose.

Dr. Neha Ansari is postdoctoral fellow at the Center for Strategic Studies at the Fletcher School of Law and Diplomacy.

From June 15 through June 17, 2022, India hosted a meeting of the Shanghai Cooperation Organisation to discuss regional border management and security. We reached out to our experts for their thoughts on this pivotal meeting and its implications for regional security.

Image: Internally displaced persons leave for their hometown from Kawr camp in Pakistan's northwestern town of Tank March 16. Pakistan has started to send the first batches of nearly a million civilians ordered to leave their homes ahead of an anti-Taliban military offensive in North Waziristan on the Afghanistan border. (Reuters)