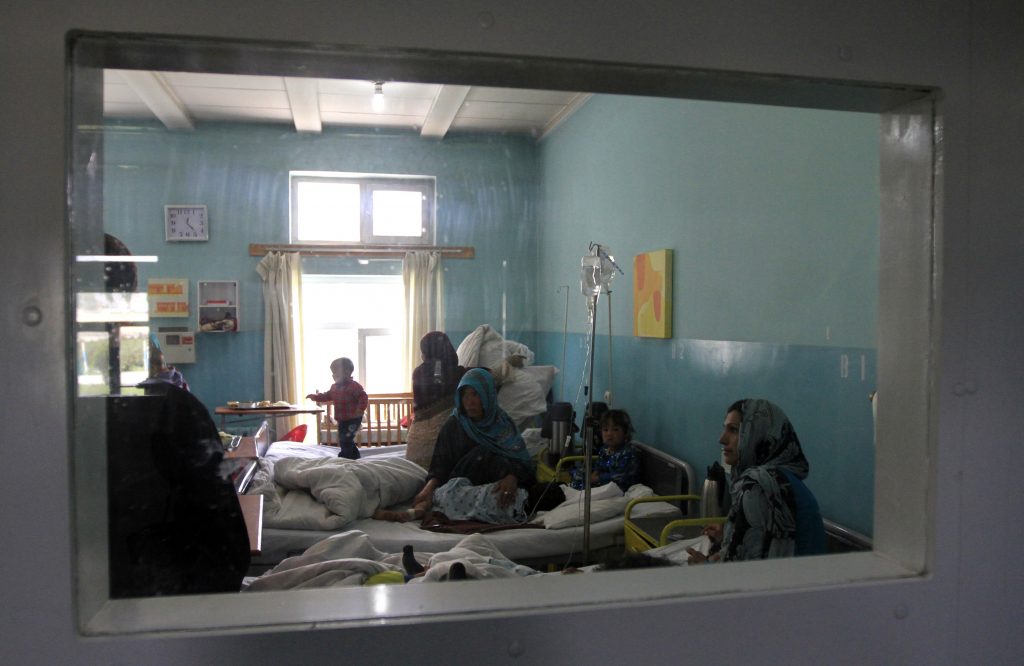 On February 26, 2021, the Atlantic Council’s South Asia Center hosted an event on the gains that women have made in Afghanistan, the critical role of Afghan women in Afghanistan’s peace and security, and the role that US actors have in partnering with and empowering Afghan women. Damon Wilson — Executive Vice President of the Atlantic Council — began by setting the stage for the event and introducing the esteemed list of panelists that included Rear Admiral Shoshana Chatfield, President of the U.S. Naval War College and Former Provincial Reconstruction Team Commander; Diwa Samad, Special Aide to President Ashraf Ghani and Former Deputy Minister for Policy and Planning of the Ministry of Health in Afghanistan; and Mariam Bayat, Director of the Bayat Foundation. Dr. Susan Yoshihara, Founder and President of the American Council on Women, Peace, and Security presented the closing remarks and Ambassador Paula Dobriansky — Senior Fellow of the Harvard University Belfer Center, Former U.S. Under Secretary of State for Global Affairs, and Vice Chair of the Scowcroft Center for Strategy & Security Atlantic Council — moderated the event.

Rear Admiral Chatfield began by talking about how an Ad Hoc unit that comprised of 66 members and 38 navy active duty and reservists collaborated, organized, and planned a provincial reconstruction team and formed a coalition while stationed in Afghanistan. The unit’s objectives were centered around a counter-insurgency strategy to reestablish stability within the Farah Province. RADM Chatfield’s team was committed to partnering with Afghan medical counterparts in order to create a cohesive group that thought about the health requirements in accordance with the Afghanistan government’s plans. When asked how the RADM Chatfield and her team were able to build the trust of their Afghan collaborators, the Rear Admiral responded that while it was hard to measure the level of trust her team was able to build, she thought there was a good connection between her team and the Afghan team. Proof of this was in the Admiral’s anecdote of the Afghan and US teams being still connected through Facebook even 13 years after their first collaboration in 2008.

Following this, Ambassador Dobriansky asked Ms. Diwa Samad what she considered to be her greatest success. Diwa responded by speaking power to her personal narrative by describing her times of struggle while growing up during the civil war in Afghanistan. Ms. Samad witnessed many children die due to lack of standard, acceptable medical practices for rudimentary illnesses like pneumonia. Ms. Samad then spoke about the great level of growth that the Afghanistan medical infrastructure had undergone since her time as a child. More than 3 thousand health facilities were established throughout the country including those in the most remote areas of the country, and how women have predominantly contributed to providing care to the Afghan security and defense forces. Ms. Samad then emphasized that although COVID-19 was a shock to the health system, it caused the Afghan medical industry to understand the key weaknesses in its healthcare system, and highlighted the need to strengthen community based interventions.

Ambassador Dobriansky turned to Ms. Mariam Bayat to inquire how and why the Bayat Foundation got involved in women’s health projects in Afghanistan. Ms. Bayat answered that it was a priority for the Bayat Foundation to facilitate and build women’s health projects since its establishment 15 years ago in 2006 as she emphasized the vital role that women played in stabilizing Afghanistan at the foundational level. The Bayat foundation renovated and equipped hospitals in rural Afghanistan and treated up to 3 million patients as of 2021. Ms. Bayat informed the audience that her foundation was currently in the process of building  Afghanistan’s most up-to-date and fully equipped women and neonatal hospital in Kabul.

After Ms. Bayat described her foundation’s plans for developing health infrastructure in Afghanistan, the Q&A session started. The question posed to Ms. Diwa Samad inquired whether the Afghanistan government had any plans for dealing with those affected by addiction. Ms. Samad answered that the Afghan government has taken various steps to create programs of care for drug addicts as well as established drug treatment centers with a few hundred beds for drug addicts in Kabul. Ambassador Dobriansky asked RADM Chatfield the next question concerning how the rights of Afghan women would be preserved as the United States planned to withdraw from Afghanistan. From her perspective as a Military Officer, RADM Chatfield underscored the importance of a negotiated political agreement to address these issues. She believed that policy issues would depend on political stability, and in the future, the United States’ role in Afghanistan would focus on establishing partnerships to help foster stability, peace, and therefore, the protection of women.

In conclusion, Dr. Susan Yoshihara thanked all the speakers and partners for hosting the event. Dr. Yoshihara asserted that “protecting health is not the right thing to do, but the strategic thing to do,” and that if Afghanistan is depending on Afghan women to heal communities and build economies, then peace needs to be prioritized so that women can do their work without fear and mental anguish.

The Atlantic Council, in partnership with the U.S.-Afghan Women’s Council and the American Council on Women, Peace and Security, hosts a conversation about the gains that women have made in Afghanistan, the critical role of Afghan women in Afghanistan’s peace and security, and the role US actors have in partnering with and empowering Afghan women.

Image: Women who have recently given birth and their relatives are seen through a nurse's observaton window as they rest in Cure International's hospital in Kabul May 8, 2012. Better healthcare and more girls attending school have knocked Afghanistan from its position as the worst place on earth to be a mother, Save the Children said in a major report on Tuesday, but stressed the precarious nature of any gains. REUTERS/Mohammad Ismail (AFGHANISTAN - Tags: HEALTH SOCIETY)