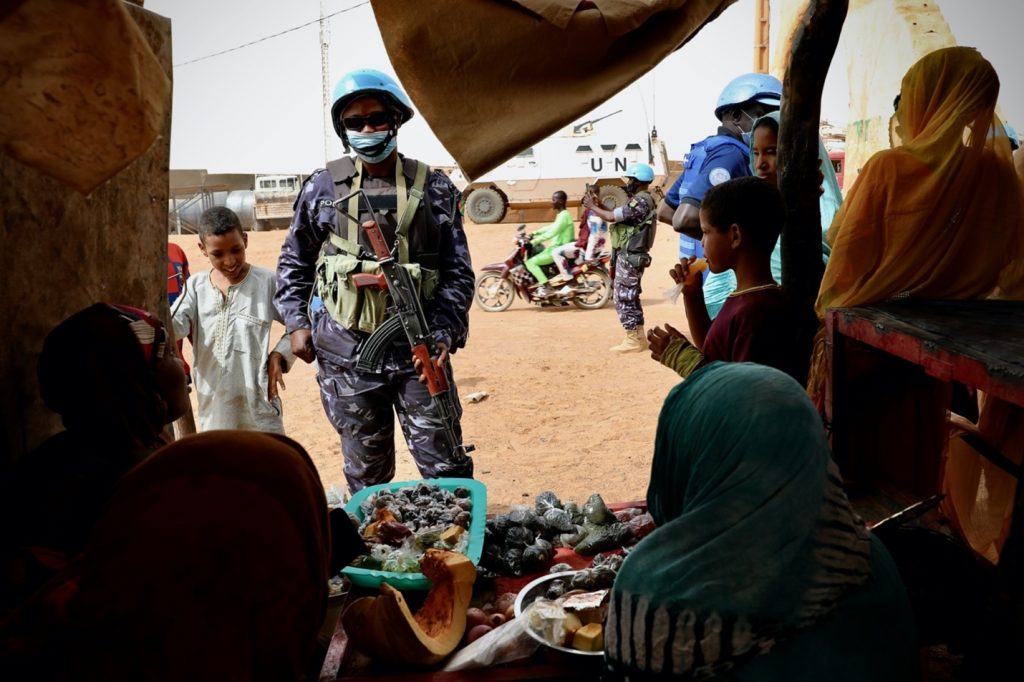 On Tuesday, June 29, the Africa Center convened a private event with award-winning author and Barnard College, Columbia University Professor Séverine Autesserre. The discussion centered around her recently published book The Frontlines of Peace, which examines the well-intentioned, but inherently flawed, top-down nature of international peacebuilding (referred to by the author as ‘Peace Inc.’) and posits that peace is actually achieved and maintained through grassroots efforts created, managed, and led by local actors. The Africa Center conversation focused on examples of localized and international peacebuilding in the Democratic Republic of the Congo (DRC), Mali, and Somaliland.

Africa Center Distinguished Fellow Ambassador J. Peter Pham, former US Special Envoy for the Sahel Region as well as former US Special Envoy for the Great Lakes Region of Africa, moderated the conversation, opening with a discussion on the evolution of Prof. Autesserre’s distinguished career from identifying flaws in international peacebuilding norms and practices to offering an alternative localized solution, noting that her often provocative work has influenced policy discussions at some of the highest levels in international organizations and governments.

In Prof. Autesserre’s remarks, she highlighted the need to move peacebuilding away from the traditional practices of premature elections and a focus on elite-bargaining, towards a process that is locally led and prioritizes local definitions of peace, democracy, and justice. She also spoke of the growing support for localized peace processes but noted that international organizations often merely “talk the talk” when it comes to supporting genuinely locally driven peace processes.

Prof. Autesserre also engaged on the role of locally led peace processes in Idjwi (DRC), Somaliland, and lessons that can be brought from these contexts to the United Nations Multidimensional Integrated Stabilization Mission in Mali (​MINUSMA), whose annual mandate renews on June 30 and which Amb. Pham noted, has “found progress difficult to come by” despite the “billions of dollars spent since 2013 and the hundreds of lives lost, making MINUSMA the deadliest ‘peacekeeping’ mission in the world today.”

Speaking at the Atlantic Council’s Africa Day celebration, White House official Dana Banks responded to topical issues in African affairs, including the coup in Mali, calling for “the unconditional and immediate release of the president and the prime minister.”

Reflecting on the Bring Back Our Girls movement

On Tuesday, April 13, the Africa Center convened a private event with Wall Street Journal reporters Joe Parkinson and Drew Hinshaw for a discussion of their recently published investigative book Bring Back Our Girls, chronicling the infamous abduction of the Chibok schoolgirls in 2014 and the resultant social media-driven advocacy campaign and international response.