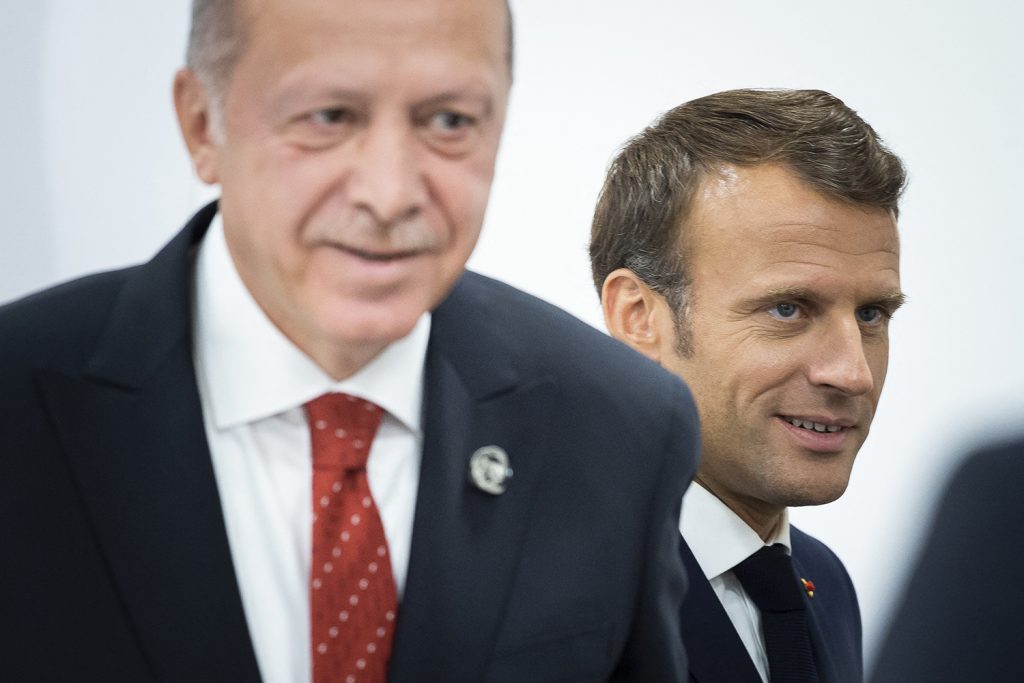 Editor’s note: See a response to this op-ed by Ambassador Faruk Kaymakcı, Deputy Minister of Foreign Affairs and Director for EU Affairs of the Republic of Turkey, here.

Turkey belongs to NATO, is a member of the Council of Europe, and has been a candidate for accession to the European Union for quite a long time. As a result of these ties, Turkey benefits from significant funding from Europe, enjoys a customs union with the EU, and participates in attractive European partnerships on education and research. Europe also supports Turkey financially for welcoming millions of Syrian refugees on its soil. All this looks like a cloudless sky, doesn’t it? Well, not exactly.

Since Recep Tayyip Erdoğan became president of Turkey in 2014 and even more so since he faced a failed coup in 2016, storm clouds have accumulated rapidly, and we are now experiencing very disturbed weather conditions.

The most recent incident is probably the most striking one: In June, while participating in the NATO maritime operation Sea Guardian in the Mediterranean and investigating a Turkish vessel suspected of breaking the arms embargo on Libya, a French frigate was faced with blatantly hostile behavior from Turkish warships. Such a serious incident between members of the same alliance rarely happens and is normally attributed to unintentional misunderstandings. Not this one. Turkey didn’t apologize and barely hides that it has no intention to respect the arms embargo on Libya decided by the United Nations Security Council, which NATO is committed to enforce.

This military incident, if serious and unprecedented, shouldn’t come as a surprise. Turkey is waging a proxy war in Libya by sending over Syrian militants, some of them affiliated with jihadist groups, and violating not only the arms embargo but also the commitments it made at the Berlin conference on Libya earlier this year to cease interference in the conflict. Turkey’s actions only make a political settlement in Libya more difficult and aggravate the risk of a partition of the country, which would have terrible consequences for Libya’s neighbors in Tunisia, Egypt, the Sahel, and Europe. Ankara doesn’t seem to care.

The Turkish government’s rationale of supporting the UN-recognized Libyan government in Tripoli hardly covers Ankara’s more tangible economic and strategic aspirations in the conflict, which go directly against European security interests and sovereignty. Ankara rushed to support the Tripoli government, and in exchange Tripoli rushed to grant Turkey a maritime agreement that contravenes the legitimate rights of Greece, another NATO member, and Cyprus. Turkey has also proceeded with illegal gas drilling in the territorial waters of Cyprus despite warnings and sanctions from the EU.

The relationship between Turkey and Greece has been complex for a long time, but tensions have recently spiked. In addition to contravening Greek sea rights, thus disrespecting maritime law, Ankara keeps on pressuring Athens: Groups of migrants trying to cross the border illegally into Greece are supported by Turkey, which does generously welcome millions of refugees but also uses them as a bargaining chip with the EU. In posing such challenges to internationally agreed borders, Erdoğan acts as if he thinks of his relations with the West in terms of revenge for the 1923 Lausanne Treaty, which recorded the end of the Ottoman Empire.

But wait: Isn’t Turkey bravely countering the influence of Russia in Libya, as it is also doing in Syria, therefore serving NATO’s interests? The comparison to Syria is indeed helpful. What is taking place there, and what can we expect in Libya? In 2019, Turkey decided on a military intervention in northeastern Syria without asking NATO for consent, but then asked NATO for support and solidarity, which it didn’t get. Was the purpose of the intervention to oppose Russia? Not exactly, as the primary reason was to attack Syrian Kurdish soldiers—the very same ones who have helped the United States, Britain, and France in our common fight against ISIS.

To be fair, Turkey took the risk of confronting Russia when it intervened in Syria last year. Except that for quite some time, Ankara had developed a special channel with Moscow and Tehran to discuss the future of Syria through the Astana group, while also purchasing military equipment from Russia. Yes: a NATO member, buying Russian military equipment. So guess what happened? Turkey and Russia negotiated their respective influence in Syria. Despite occasional conflicts, they don’t seem to have serious problems accepting each other’s presence in the country. The direct consequence of this (not so gentle) strongmen agreement between Erdoğan and Vladimir Putin is that our fight against jihadist terrorists has become much more difficult, thus hurting the security interests of the West. Recall that the Paris terrorist attacks of 2015 were plotted in the very region of Syria that is contested now. Before the 2019 Turkish intervention, ISIS was deemed defeated. Not anymore.

Could Libya turn out the same way? Judging by the concerns expressed by Libya’s neighboring countries, this is precisely what they fear the most: a partition of Libya between an area controlled by Russia and another controlled by Turkey—two non-Arab states taking sides in a civil war in an Arab country for no legitimate reason, without the support of the UN Security Council, the Arab League, or other international entities. Such an outcome would mean Turkey, a NATO member, consorting with Russia and sharing the spoils of another weakened, war-torn country in Europe’s neighborhood.

No wonder Europe is losing patience. You could add to the list of concerns the authoritarian nature of the Turkish regime and its Islamist agenda, which go against Ankara’s persistent ambition to become a member of the European Union. This won’t be realized any time soon.

Europeans, however, are struck by Washington’s continuous silence on Turkey. Ankara’s provocations against other NATO members such as Greece or France go unnoticed, as do its violations of a UN arms embargo and the obstacles it has put up in the fight against terrorism. Even Turkey’s purchase of a Russian missile-defense system didn’t cross a red line for the Trump administration: Some days ago, the Pentagon announced that it would continue to buy Turkish-made F-35 parts through 2022.

No red lines, only green lights: This is the way the Trump administration has handled its relationship with Erdoğan so far. The approach has only emboldened an illiberal regime and increased risks for the Middle East, the Mediterranean, and the transatlantic alliance. With friends like these, benign neglect isn’t an option.

Nathalie Loiseau is a member of the European Parliament, where she serves as chairwoman of the security and defense subcommittee. She previously served as France’s minister of European affairs under President Emmanuel Macron.

The crumbling Haftar illusion: Last call for the international community?

The international community should seize the moment to do everything to stop Haftar’s dictatorial regime.

Image: Turkish President Recep Tayyip Erdogan meets with France's President Emmanuel Macron during a bilateral meeting on the sidelines of the G20 Summit in Osaka on June 28, 2019. Photo by Eliot Blondet/ABACAPRESS.COM