The process for Finland and Sweden joining NATO is speeding up, but there are plenty more twists and turns ahead before we reach the finish line. With this tracker, the Atlantic Council team is keeping tabs on the countries that have ratified the amended NATO treaty to welcome two new members—and handicapping the political prospects for ratification in the countries that have yet to approve the Finnish and Swedish bids.

Following a September 27 vote in Slovakia, legislatures in twenty-eight NATO countries have approved the enlargement (often by large margins), with two left to go. Here’s what to expect from them in the coming months.

Current count: Number of NATO members that have ratified Finland and Sweden’s accession

Timeline: NATO members that have approved Finland and Sweden’s accession, by date of ratification

Click the left and right arrows to move through the timeline

Map: Who has ratified Finnish and Swedish accession–and who hasn’t yet

Cheat sheet: Expert intel on the next ratification debates to watch

TURKEY: Expect approval this summer, as negotiations with Sweden continue

Turkey continues to impose conditions on Swedish and Finnish accession to NATO, clearly irritating Western officials and commentators and causing a renewed kerfuffle around Turkey’s role within NATO. Turkish presidential advisor Ibrahim Kalın said on January 14 that this round of Alliance enlargement is unlikely to conclude before the Turkish elections on May 14. On January 23, Turkish President Recep Tayyip Erdoğan warned Sweden not to “expect benevolence from us on NATO accession.” His comment comes after several anti-Turkish provocations in Sweden, including demonstrations of support for the Kurdistan Workers’ Party (PKK) terror organization, the burning of a Quran in front of the Turkish embassy, and the mock execution of an Erdoğan effigy.

Some of the Western concern could be attributed to mistranslation: Erdoğan did not rule out “support” of Sweden’s accession, as much of the Western press reported. “Destek” is support, and his word choice (“hayirhahlik”) is best translated as benevolence or goodwill—a little more nuanced than ruling out support. Also absent from the current round of accession reporting has been the fact that Erdoğan similarly ruled out support last May, but subsequently approved the start of talks after obtaining negotiated concessions on key concerns. This week’s flare-up is another twist in a winding road that is likely to end with NATO enlargement—just not until this summer, at least.

Yet Turkish skepticism on the current applicants—primarily Sweden—does not derive from visceral reaction to public provocations. Nor, for that matter, does it derive from sheer electoral calculation, anti-free speech sentiment, or paranoid overreaction by Ankara to normal Swedish politics. NATO Secretary General Jens Stoltenberg and US Secretary of State Antony Blinken have both acknowledged Ankara’s PKK concerns as real and legitimate. With over 90 percent of Turks opposing Swedish accession at present, it is hard to see why the Turkish government would miss the opportunity to nail down greater Nordic cooperation against a terrorist group it considers to be a threat to Turkish unity.

Read more from Rich Outzen, a nonresident senior fellow at Atlantic Council IN TURKEY and a former US State Department official:

What Turkey really wants from Sweden

Turkey likely will still approve Sweden’s bid for NATO membership, but not until summer and only after President Recep Tayyip Erdogan gets more cooperation against the PKK.

HUNGARY: Orbán will take the plunge—but only at the end

The Hungarian position on support for Finnish and Swedish NATO membership is less than enthusiastic. Prime Minister Viktor Orbán will probably be the last to ratify. Yes, it’s his decision and his alone. However, in the end he will ratify.

When asked about the ratification, he argues that he has to “take Turkey’s sensitivities” into account. He is of the view that NATO’s open-door policy is a provocation to Russia and the West’s broken promise—which is bizarre given the fact that he was the one signing the Washington Treaty to bring Hungary into NATO in 1999. The timeline for ratification remains unclear.

—András Simonyi is a nonresident senior fellow at the Global Energy Center and a former Hungarian ambassador to the United States. 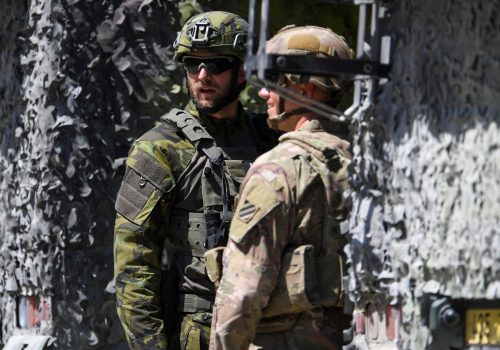 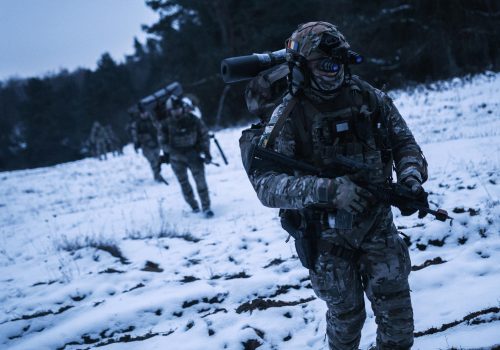 In the lead-up to and following Russia’s invasion of Ukraine in February 2022, the United States and NATO allies have taken numerous steps to bolster allied force posture in Eastern Europe. The Scowcroft Center for Strategy and Security’s Transatlantic Security Initiative has been tracking it all. Check out its interactive table and charts to visualize the changes over time.