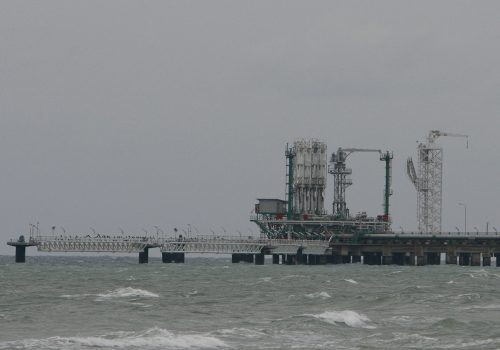 Ozdil in Montel News: Southeast Europe can wean itself off Russian gas – experts

Eser Özdil is a nonresident fellow with the Atlantic Council IN TURKEY and the founder and managing director of GLOCAL Group Consulting, Investment, & Trade. He has fourteen years of business experience in the energy sector. Between 2012 and 2020, Özdil worked as secretary general at the Petroleum and Natural Gas Platform Association (PETFORM) based in Turkey, which is regarded as one of the most influential sectoral organizations in Turkish oil and gas industry. PETFORM gathers together 50 member companies varying from multinationals to Turkish conglomerates. He also designed lobbying channels and strategies at the presence of government institutions of Turkey in transferring comments and messages of the private sector. Prior to PETFORM, he worked at various regional associations and think tanks. He chaired the ‘TRGas-Hub’ project, a three-year European Union-funded project coordinated by PETFORM and partners: the Turkish Ministry of Energy and Natural Resources, European Federation of Energy Traders (EFET), and ICIS Heren. The project was selected as the “Best Project of 2013” by the Turkish Ministry of the European Union and it contributed to the gas trading hub strategy of the country.

Mr. Özdil participated in various official meetings of international organizations, namely the Union for the Mediterranean, EU, World Bank, Organisation for Economic Co-operation and Development, International Energy Agency, EFET, and International Gas Union. Özdil has spoken at various energy gatherings mostly focused on the exploration and production sector, energy security and geopolitical risks, the natural gas market, and hub development. He is also a columnist at Enerji IQ, a bi-weekly Turkish energy market report read by energy sector professionals in Turkey and in the region.

Özdil recently joined the International Visitor Leadership Program (IVLP), the global public diplomacy program run by the US Department of State. He is also a member of the BMW Foundation Responsible Leaders Network.