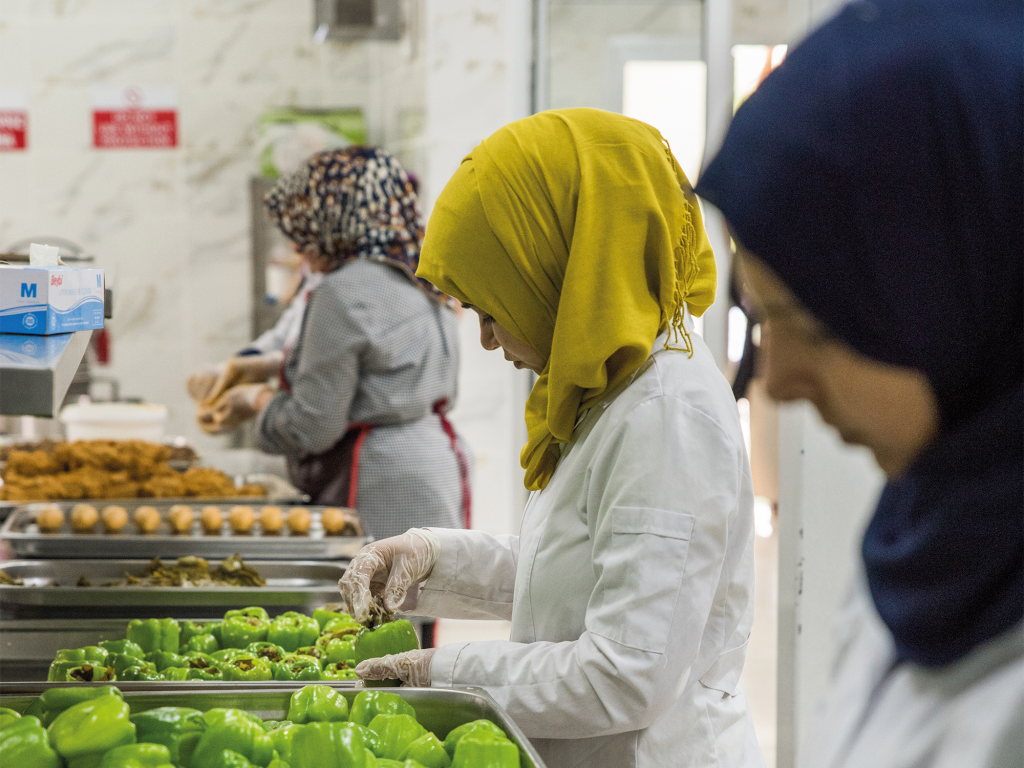 Building bridges between the United States and Turkey on core issues of energy, economics and business, migration, and security.

The Atlantic Council IN TURKEY program aims to support the relationship between the United States and Turkey by promoting bilateral dialogue and strengthening transatlantic engagement with Turkey and its surrounding region through forward-looking research and high-impact and high-level convening. The program spotlights critical issue areas including energy, economics, business relations, migration, and security.

US-Turkey relations faced another turbulent year in 2020, culminating in the imposition of sanctions under the Countering America’s Adversaries Through Sanctions Act in response to Turkey’s purchase of the S-400 missile system. Relations were further marred by tensions over US policy toward Syria and the Eastern Mediterranean. Nevertheless, the strategic partnership between the United States and. Turkey has formed the backbone of transatlantic security and stability along NATO’s southern flank.Continued cooperation will be particularly critical in confronting a resurgent Russia.

In line with the program’s mission to promote bilateral dialogue, the Council continues to act as the preeminent neutral platform for US and Turkish officials to share perspectives. In this spirit, the program hosted a webinar featuring US Special Representative for Syria Engagement and Special Envoy to the Global Coalition To Defeat ISIS Amb. James F. Jeffrey and Turkish Presidential Spokesperson Amb. İbrahim Kalın for a discussion on the latest political, military, and humanitarian situation in Idlib.

The Council will continue to focus on win-win and inclusive opportunities to expand access to reliable and sustainable energy, while also serving as a platform for addressing regional energy conflicts.

Turkey, situated at the confluence of regional energy routes vital to European energy security, is the largest energy consumer in the region. An array of developments in 2020 underscored the geopolitical implications and strategic opportunities of Turkey’s energy sector, including the historic natural gas discovery off the Black Sea coast, the first deliveries of Azerbaijani gas to Europe through Turkey via the Southern Gas Corridor, and the increasing use of liquefied natural gas (LNG) in Turkey’s energy mix. The Council hosted a high-level conference in partnership with the European Bank for Reconstruction and Development focused on cooperative solution to and opportunities for renewable regional energy in February 2020, and will continue to play a role in regional renewable energy development.

Over the past six years, largely as a result of an influx caused by the Syrian Civil War, Turkey has held distinction as the largest refugee hosting country in the world. In 2020, the council continued its focus on the vital issue of migration through the publication and launch of a joint report with the United Nations Development Programme advocating for the greater economic inclusion of Syrian refugees in Turkey.

Also in 2020, in response to the COVID-19 pandemic, the Atlantic Council IN TURKEY launched a virtual event series focused on how the global health crisis was impacting the international liberal order, multilateral cooperation, and the global economy. Discussions featured experts and leading policymakers including Turkish Foreign Minister Mevlüt Çavuşoğlu and Turkish Vice President Fuat Oktay.

In 2021, the Atlantic Council IN TURKEY is redoubling its efforts to promote constructive transatlantic relations in the context of the US presidential transition and changing US foreign policy priorities. In a new initiative aimed at policymakers and stakeholders on both sides of the Atlantic, the program launched a fellowship opportunity for US congressional and Turkish parliamentary staff to build dialogue
and understanding. Recognizing the potential of energy as a catalyst for regional stability and prosperity, the Atlantic Council IN TURKEY will continue to focus on win-win and inclusive opportunities to expand access to reliable and sustainable energy, while also serving as a platform for addressing regional energy conflicts. The program’s work on Turkey’s response to the Syrian refugee crisis will in 2021 include the release of a feature documentary on Syrian women entrepreneurs in Turkey.