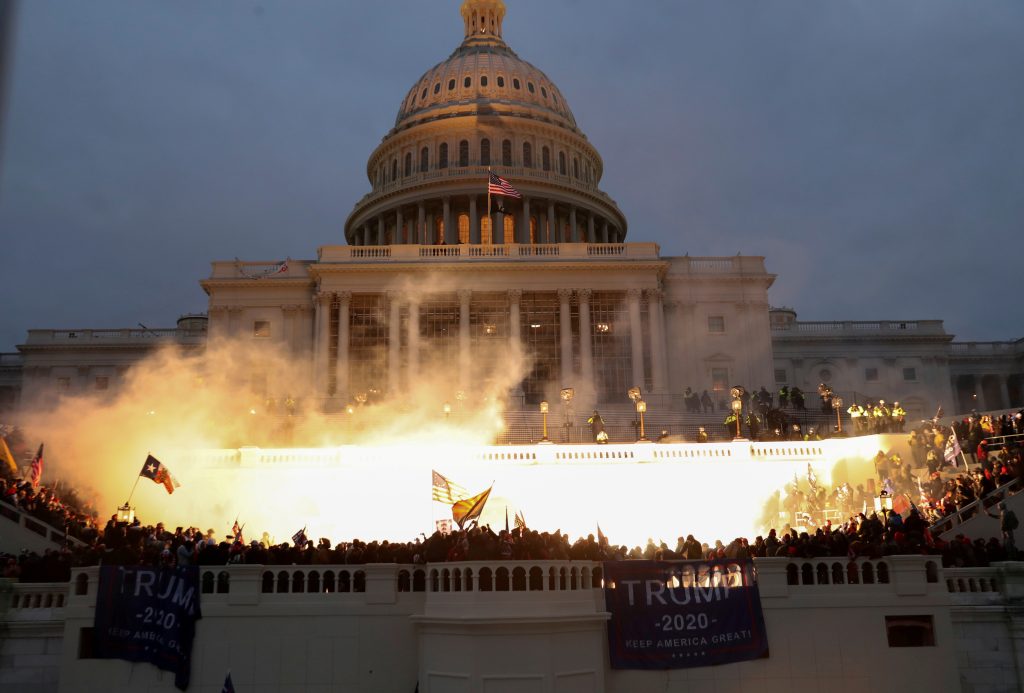 Building transparency and accountability online and around the world to promote free and open societies.

The Digital Forensic Research Lab’s mission is to promote facts as a foundation of government for and by people; to protect democratic institutions and norms from those who would undermine them online; to forge digital resilience at a time when humans are more interconnected and have more access to information than at any time in history; to center human rights and democracy in tech and policy change.

We are in a global competition for information and power. The playing field is the way that technology is designed, funded, and governed. The stakes are the shared set of facts that democracy depends on and the rights we choose to collectively protect through democracy. The outcome and the freedoms we enjoy have never been guaranteed.

DFRLab shapes that competition by promoting transparency and accountability through its research and reporting. It serves as a standard bearer for methodology and research in a rapidly expanding field of open-source investigators around the world. DFRLab’s work connects and expands the community advancing this mission via its capacity building and ability to align stakeholders toward rights-enforcing policy change in government, industry, media, and civil society.

In this hyperconnected world, protecting the rights of all means ensuring the digital world is built around the same universal rights and principles that govern the physical world. This is the common thread that runs through DFRLab’s expanding work on countering authoritarian or autocratic (ab)uses of technology, exposing corruption, and building a more proactive or assertive vision among democratic allies and partners in a digital age.

2021 began with a sharp focus on the United States. DFRLab monitored the online coordination leading to the attack at the United States Capitol on January 6 and published a comprehensive record shortly after. This work was matched by an extensive record exposing mis- and disinformation targeting US democracy during elections published with the Election Integrity Partnership.

Throughout the year, DFRLab covered digital authoritarianism in China, Russia, Iran, Venezuela, and beyond; conflicts in Afghanistan, Ethiopia, Myanmar, and Sudan; the infodemic that ran parallel to the coronavirus pandemic; information operations to both hide and weaponize human suffering in Belarus; the closing of previously open online spaces in countries like India; the rise of new online harms; and Russia’s preparations for invading Ukraine.

The theme of DFRLab’s annual flagship 360 / Open Summit was “A World In Motion,” which brought together more than 1,500 participants from from ninety-two countries for a grand total of forty-four unique sessions (more than double the amount of sessions than previous iterations of the summit).

DFRLab’s capacity-building efforts were similarly global as it engaged with over 1,500 Digital Sherlocks from 119 countries in three separate cohorts throughout the year, in addition to the scalable civil society programs run by its teams in Latin America and Africa.

At some point between Zoom meetings and Slack chats, DFRLab launched the Democracy + Tech Initiative with an #ACFrontPage event featuring two of the most prominent female tech leaders, Wikimedia’s then CEO Katherine Maher and YouTube’s Susan Wojcicki. The initiative is helping to drive forward policy approaches that reinforce rather than undermine open societies by bridging the communities and conversations essential to building a more rights-respecting world. It is supported by a diverse cohort of world-class nonresident fellows, including Maher (a nonresident senior fellow), who represent the experience and sectors required to create that change.

The year culminated with DFRLab’s annual StratCom conference, which was held on the margins of the White House Summit for Democracy. The same week, Director of the Democracy + Tech Initiative Rose Jackson testified in front of the US Senate and summed up much of the lab’s effort of “knitting together the often siloed conversations around tech governance through the lens of democracy and human rights.”

In 2022, DFRLab expects significant policy change in how free and open societies align on setting norms for the technologies of today, tomorrow, and generations to come. In that vein, it is working on important research related to authoritarian or autocratic exploitation of technology. The Digital Sherlocks program will continue to expand over the coming year, and in June DFRLab will gather for the 360/Open Summit in Brussels, in person for the first time in two years.

The DFRLab will continue to maintain the ethos of a scrappy start-up, while building out its operations into a high-impact global organization.

In 2021 the Global Energy Center promoted energy security to devise pragmatic solutions to the challenges of the energy transition.

Image: An explosion caused by a police munition is seen while supporters of U.S. President Donald Trump gather in front of the U.S. Capitol Building in Washington, U.S., January 6, 2021. REUTERS/Leah Millis/File Photo