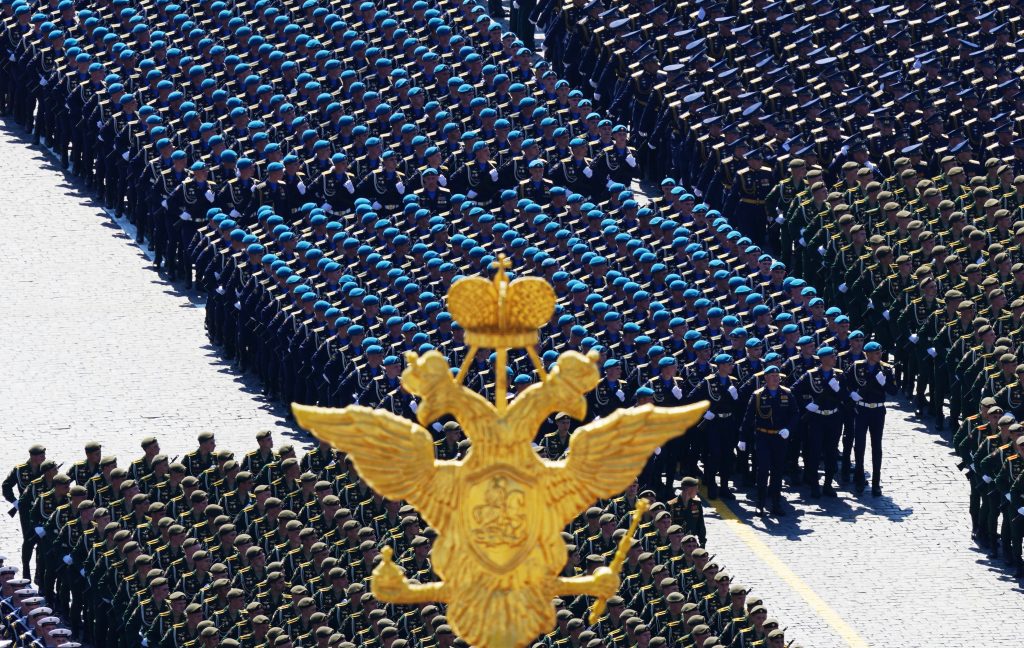 The constitutional amendments adopted by Russia in summer 2020 have far-reaching implications for the Russian population, but the potential repercussions are also causing considerable unease in Ukraine and other post-Soviet countries. This is hardly surprising. The revised Russian Constitution seeks to place the Kremlin’s interventionist policies towards the nations of the former Soviet empire on a new legal footing. Officials in Kyiv, Tbilisi, and Chisinau are already confronted by the reality of partial Russian occupations in their countries. They now fear that new constitutional amendments will be used to justify future acts of aggression.

When Russians went to the polls on July 1 to vote for a package of constitutional reforms, coverage focused on the amendments that would allow Vladimir Putin to reset his term limits and remain in office until 2036. Most observers agreed that this was the true objective of the exercise, with additional changes serving as mere window dressing to disguise what was effectively a constitutional coup.

It is hard to argue with such conclusions. Proposed populist revisions such as a ban on same-sex marriage and protection for Kremlin-approved versions of history clearly pandered to nationalist sentiment and were used to drum up public support for the new-look constitution. However, the package also contained some far more substantial amendments with particularly ominous implications for Putin’s future domestic and foreign policies.

The new constitution strengthens the Kremlin’s grip on the Russian elite, making it possible to exclude people from office for such offenses as holding dual citizenship, foreign residency, or overseas bank accounts. Candidates for the Russian presidency are required to have lived in Russia continuously for 25 years, which rules out anyone with a Western education or significant international work experience.

Meanwhile, the authority of the presidency has been considerably enhanced. While Putin has informally reigned supreme for many years, the new constitution consolidates this reality around a tightly controlled bureaucracy, increasingly centralized authority, and veto powers over parliament via the Constitutional Court, which is informally controlled by the executive.

The reset of Putin’s system also appears to confirm Moscow’s aggressive foreign policy towards the former Soviet republics, above all in terms of the ongoing Russian-Ukrainian conflict. Since launching its military intervention against Ukraine in early 2014, the Kremlin has repeatedly demonstrated a readiness to break international law. Nevertheless, throughout the six-year campaign, Moscow has continued to pay lip service to global security rules and regulations. The new-look constitution means this is no longer strictly necessary. Instead, it confirms the primacy of Russian law over any obligations stemming from Russia’s membership in international organizations. The new constitution clearly states: “Decisions of interstate bodies adopted on the basis of provisions of international treaties of the Russian Federation in their interpretation, that contradicts the Constitution of the Russian Federation, are not subject to execution in the Russian Federation.” In other words, Russian law comes first.

The most alarming amendment is probably the section which elaborates on Moscow’s right to intervene internationally in defense of loosely defined compatriots. “The Russian Federation provides support to compatriots living abroad in exercising their rights, ensuring the protection of their interests, and preserving their shared Russian cultural identity,” it states.

This new provision creates an explicit constitutional basis for the Kremlin’s aggressive actions against Ukraine and other countries of the former Soviet Union which are home to large ethnic Russian populations. Indeed, by making broad references to “Russian cultural identity”, Moscow leaves considerable room for interpretation over exactly when and where it believes it can intervene. Ultimately, it is left to the Kremlin itself to determine the boundaries of the “Russian World.”

One of the most obvious applications of this constitutionally enshrined right to “provide support” would be in defense of Russian passport holders living elsewhere in the former Soviet Union. In recent years, Russia has introduced a series of measures designed to increase the number of Russian passports issued to ex-Soviet citizens. This tactic has helped to justify Russian intervention in a number of former Soviet republics and is currently being used in eastern Ukraine to strengthen the Kremlin’s grip on the Russian-occupied parts of Donetsk and Luhansk oblasts. Taken together, Russia’s new constitution and efforts to create passport protectorates throughout the former USSR will potentially enable Moscow to restrict the sovereignty of all the nations within the Kremlin’s traditional sphere of influence.

Finally, Article 67 of Russia’s new constitution is of special interest to Ukraine. This clause outlaws any discussion of returning Russian lands to foreign powers and appears to have been included specifically with Ukraine’s Crimean peninsula in mind. Russia has occupied Crimea since February 2014, when Russian troops took advantage of political paralysis in post-revolutionary Kyiv to launch a lightning takeover of the peninsula. By cementing Crimea’s status in the Russian Constitution, Putin clearly hopes to prevent any successors from ever revisiting the issue. This represents a huge obstacle to the future normalization of relations between Moscow and Kyiv.

Putin’s new Russian Constitution is clearly a worrisome development for countries like Ukraine, Georgia, Moldova, and now also Belarus. It confirms Russia’s transition towards authoritarianism and codifies the revisionist imperialism that has been setting the Putin regime’s foreign policy agenda for much of the past two decades.

This should serve as a reality check for members of the international community who still believe in the possibility of pragmatic compromises with the Kremlin. For the countries of the former USSR, the message is even clearer: Russia intends to reassert its dominance over the post-Soviet world and will continue to do so for as long as Putin remains in power.

This aggressive foreign policy doctrine is taking shape against a backdrop of mounting economic stagnation and political oppression inside Russia itself. Indeed, Putin’s increasingly insecure domestic position was a key factor behind the decision to preempt speculation over a possible political transition by extending his reign until 2036 via the recent constitutional vote.

In such circumstances, fresh foreign policy adventures in the post-Soviet region may serve as a convenient way of refocusing Russian public attention. At present, the Kremlin is occupied with the crisis in Belarus. Meanwhile, the bloody stalemate in eastern Ukraine rumbles on. Putin’s new constitution indicates that such entanglements will only increase in the years ahead.

Russia’s constitutional amendments offer little cause for optimism. On the contrary, aggressive Kremlin policies in the post-Soviet space are likely to remain a key challenge to international security throughout the coming decade. So far, the Western response to this challenge has been inadequate. Now that Putin has spelled out his intentions, there is no excuse for failing to grasp the nature of the threat his regime poses.