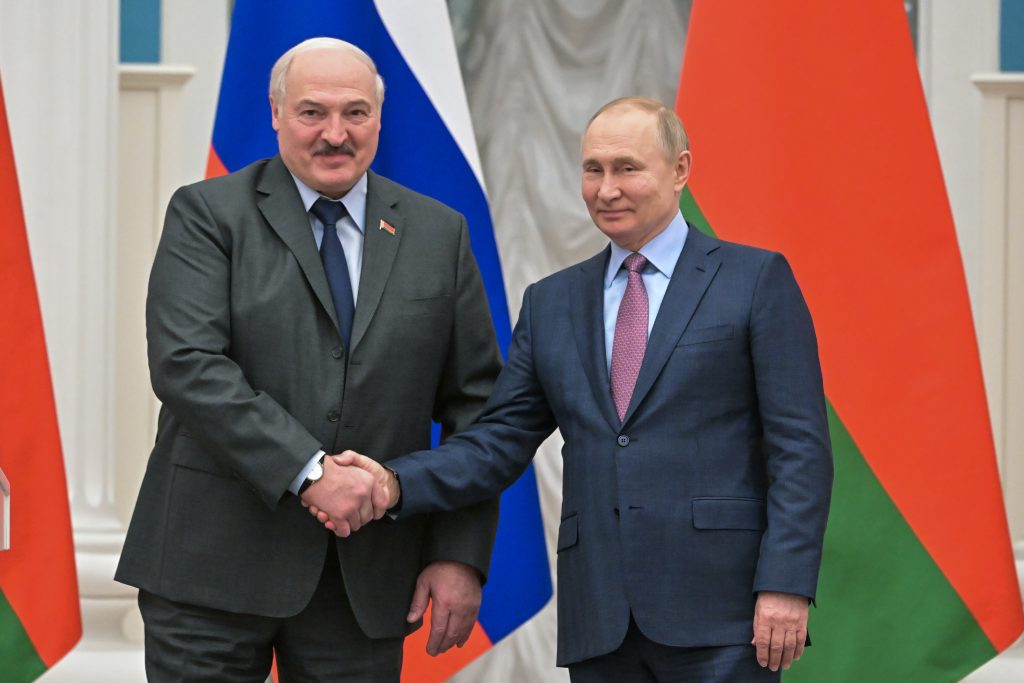 A recent poll indicates strengthening national identity in Belarus and a decline in Soviet nostalgia following the country’s national awakening of 2020. The results of the survey represent unwelcome news for Belarus dictator Alyaksandr Lukashenka as he seeks to steer the country towards ever-closer union with Vladimir Putin’s Russia.

The online poll of approximately 1,500 Belarusians was conducted on 14-28 October 2021 by independent sociologists in cooperation with the Hodna Initiative, which brings together a range of Belarusian activists, bloggers, entrepreneurs, and civil society organizations.

When compared to the data from the previous year, the results of the October 2021 survey indicate a significant shift in attitudes within Belarusian society. The number of Belarusians self-identifying as progressive while prioritizing values such as civil rights and leaning more towards Belarusian identity rose in 2021 from 26% to 41%. At the same time, the quantity of Belarusians who favored Soviet culture and values dropped from 39% to 29%.

Despite the growing number of Belarusians who place value on notions of Belarusian identity, it remains less clear exactly how people perceive this identity. For example, the survey results indicate that the Belarusian language is not currently viewed as a very important feature of national identity. While 32% of respondents selected Belarusian as their mother tongue, only 3% actually used it in everyday life.

These figures are perhaps not unexpected, given the marginalization of the Belarusian language in the Soviet era and by the Lukashenka regime. Indeed, there may even be room for guarded optimism among supporters of the national language. With one-third of the population regarding Belarusian as their native language, it could yet prosper within two or three generations given the right conditions.

The Belarusian authorities have succeeded in crushing dissent following the unprecedented wave of anti-regime protests which rocked the country in the aftermath of a deeply flawed presidential election in August 2020. Nevertheless, the recent poll offered a hint of the discontent that continues to simmer just below the surface in Belarusian society, with 57% of respondents claiming the country is moving in the wrong direction.

The unresolved political crisis arising from the 2020 presidential vote was only one of a number of factors fueling this mood of dissatisfaction. Other issues cited by respondents included economic problems and global difficulties such as the ongoing coronavirus pandemic.

The geopolitical preferences expressed in the poll suggest that the Lukashenka regime’s current policy of deepening union with Russia does not enjoy majority support. More than half of respondents favored avoiding all political unions or seeking closer ties with Russia and the EU in parallel.

Among self-identified supporters of the regime, 54% said they would vote in favor of political union with Russia. Perhaps more surprisingly, 40% of the same group also said they would back European Union membership.

Meawhile, the survey identified a growing divide between regime backers and members of the opposition, who complained of feeling insecure while also disapproving of injustice and repression in the country.

This polarization creates a number of challenges for Belarusian society. Divisions highlighted by the protests of 2020 are now in danger of deepening further due to Lukashenka’s increasingly prominent role in Vladimir Putin’s confrontation with the Western world and his ongoing aggression against Ukraine.

According to a separate Chatham House opinion poll conducted in November 2021, around 60% of Belarusians continue to have a good or very good attitude towards Vladimir Putin. However, 60% of respondents who identified as opponents of the regime stated that their attitude towards Putin had deteriorated since the Russian ruler intervened to prop up Lukashenka in 2020. Meanwhile, almost half of respondents (48%) did not support the idea of Russian military bases in Belarus.

This last figure is particularly problematic for Minsk and Moscow in light of recent developments. On February 20, the Belarusian Defense Ministry announced that an estimated 30,000 Russian troops would remain in Belarus indefinitely following the end of scheduled joint military exercises. The move raises the prospect of a permanent Russian military presence in Belarus.

This presence is primarily seen as a threat to Ukraine, with Russian troops currently deployed along Belarus’s southern border just a few hours away from the Ukrainian capital Kyiv. Belarusian opposition leader in exile Sviatlana Tsikhanouskaya warned that Belarus risked becoming involved in “another country’s war and transformed into an aggressor.” She accused Lukashenka of having “paid for Kremlin support” with her country’s sovereignty.

It is not yet clear how Belarusian society as a whole will respond to the idea of a large-scale permanent Russian military presence in the country, but Lukashenka’s decision to allow Russian troops to remain is clearly a gamble that could prove unpopular even among supporters of the regime. The authoritarian ruler has long positioned himself as the guarantor of Belarusian independence, but such claims now look increasingly invalid.

Ukraine and Belarus are the first targets in Putin’s quest to revive the old empire. While the world watches Russia’s brinkmanship against Ukraine, Moscow is swiftly and quietly completing the takeover of Belarus.