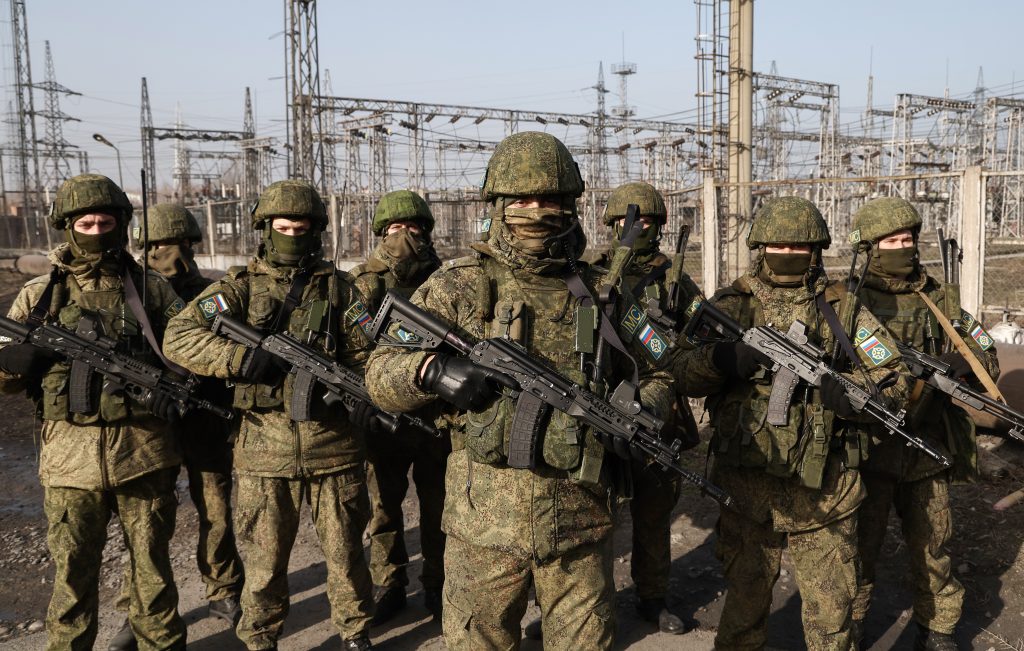 The deployment of a Russia-led military mission to Kazakhstan in early January proved to be a short-lived affair. Nevertheless, it served to underline Vladimir Putin’s growing international role as the world’s leading defender of authoritarianism.

The dramatic destabilization of Kazakhstan during the first week of 2022 caught the international community completely by surprise. The unrest appears to have involved genuine anti-regime protests along with political infighting between President Tokayev and elements close to his predecessor and mentor, Nursultan Nazarbayev.

The fate of the uprising was determined by the rapid decision to send an international peacekeeping mission to Kazakhstan. This force was dispatched within the framework of the Collective Security Treaty Organization and made up predominantly of Russian forces.

While this mission was relatively small and numbered only around 3,000 troops in total, it served a powerful symbolic purpose by signalling to Kazakhstan’s own security forces that Tokayev enjoyed the full backing of the Kremlin. This helped stabilize the regime and prevented defections to the side of the protesters.

Tokayev emerged from the crisis with his position intact but with his political future more dependent that ever on Russian goodwill. He joins an expanding list of authoritarian rulers whose regimes have been propped up in recent years by Kremlin intervention.

From Kazakhstan to Belarus and from Syria to Sudan, Russian President Vladimir Putin has repeatedly intervened since 2015 to rescue authoritiarian rulers. This process can arguably be traced back to events in Ukraine in 2014 and Moscow’s unsuccessful efforts to save the country’s increasingly autocratic president, Viktor Yanukovych.

During the Cold War, the USSR sponsored a wide range of autocratic regimes in what was a global battle for influence and ideology. In order to secure Moscow’s backing, potential recipients were expected to formally embrace socialism and play the role of socialist leaders.

For modern Russia, the ideology of the country’s authoritarian allies is no longer a major issue. Instead, the Kremlin seeks more specific gains such as geopolitical influence, diplomatic support, access for Russian businesses, and a willingness to host Russian military bases. Most of all, leaders on the receiving end of Moscow’s generosity must be prepared to suppress any signs of grassroots democracy.

Moscow’s attitude towards the credibility of its autocratic partners also differs from the approach adopted during the Soviet era. Due to the ideological nature of the Cold War, the USSR had a vested interest in the success of its clients. By prospering and providing a better standard of living, they would demonstrate the advantages of the socialist model.

In contract, Putin likes to see his clients remain as weak as possible in order to keep them dependent on Russia. Since intervening to save Belarusian dictator Alyaksandr Lukashenka from a wave of pro-democracy protests in August 2020, Putin has welcomed and encouraged the Minsk strongman’s growing international isolation while providing him with a minimal economic lifeline. As a consequence, Moscow’s grip on Belarus has never been firmer.

Any attempts to exit Putin’s informal authoritarian empire are fraught with danger. After pro-democracy protests in Armenia brought a new pro-Western government to power in 2018, Russia responded by doing almost nothing to protect its ally during the 2020 Karabakh War, leading to a crushing Armenian defeat.

Putin’s success in propping up authoritarian regimes across the former USSR and around the world appears to be fueling an increasingly ambitious foreign policy. This was evident in the remarkably bold list of security guarantees demanded by the Kremlin in December 2021, which effectively sought to turn the clock back to the immediate post-Cold War years and reverse decades of democratic progress by reestablishing a Russian sphere of influence across much of Central and Eastern Europe.

The emerging Putin Doctrine of armed intervention in support of authoritarianism represents a challenge to the entire free world. With its seizure of Crimea and undeclared war in eastern Ukraine, Russia has already demonstrated its readiness to disregard international law. Moscow is now also positioning itself as an unofficial global champion of autocracy.

By providing Russian support to autocratic regimes, Putin’s initial aim was to push back against the West and prevent the spread of democracy to his own borders. However, the Russian ruler now appears to view this strategy as part of a broader mission to reverse the verdict of 1991. Unless the democratic world can rediscover the political will that won the Cold War, Putin’s revisionist authoritarian agenda will continue to advance.