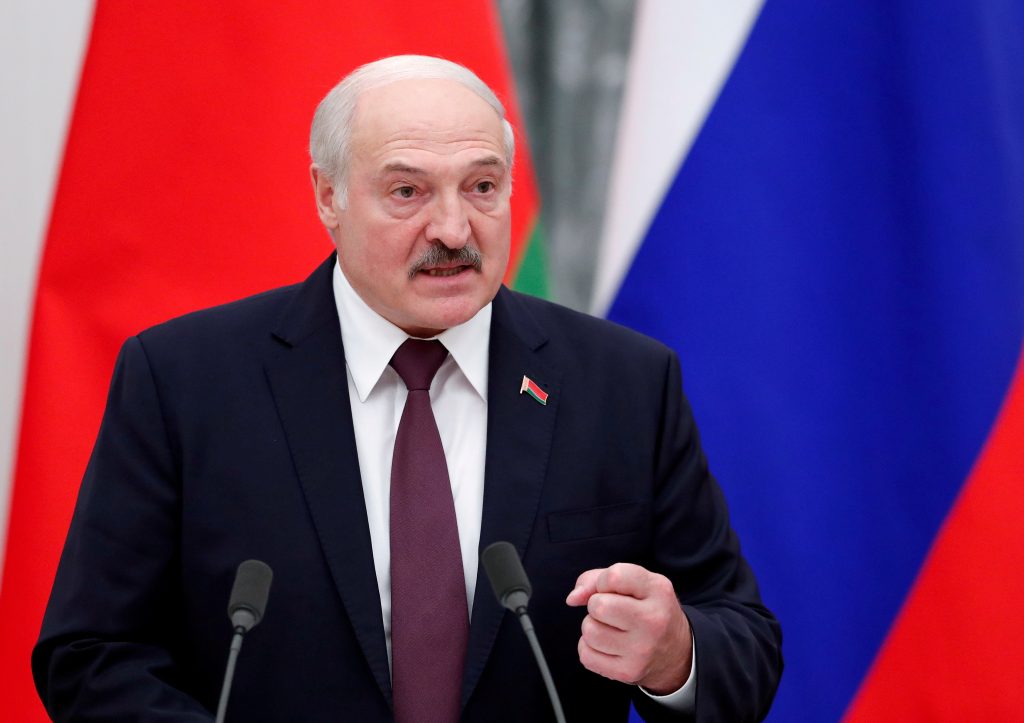 When Alyaksandr Lukashanka’s autocratic regime effectively hijacked a Ryanair Flight in May 2021 before forcing it to land in Minsk and kidnapping two of its passengers, the international consequences were swift.

The European Union banned Belarusian airlines from its airspace and airports, while also barring European carriers from flying over Belarusian airspace. Meanwhile, the United States banned the sale of plane tickets to and from Belarus.

Five months after Lukashenka’s act of air piracy, there are now calls for still tougher measures. US President Joe Biden’s nominee for the post of representative to the United Nations Council of the International Civil Aviation Organization (ICAO) is calling for Belarus to be suspended from that body, which regulates international air safety.

In his testimony before the United States Senate Foreign Relations Committee, C. B. “Sully” Sullenberger, a former airline pilot who achieved international renown in 2009 when he safely landed an Airbus A320 on New York’s Hudson River after hitting a flock of geese, said “more action needs to be taken” over Belarus.

Specifically, he noted that the ICAO can temporarily remove the voting rights of a state for violating international norms and stated, “we should be pulling every lever necessary to hold accountable those responsible for this act.”

Noting that the forced landing of Ryanair Flight 4978 and the arrest of Belarusian dissident journalist Raman Pratasevich “showed flagrant disregard for international norms of aviation security and safety,” Sullenberger said the ICAO “must ensure that those standards are upheld.” He also said he would seek a full chronology of the incident.

Suspending Belarus’s voting rights would require a majority vote of the ICAO’s 193-member Assembly. And while such a result would be far from guaranteed, by raising the issue, Sullenberger moves the discussion about Belarus into important new territory.

For the past year, the Lukashenka regime has been violating international norms with stunning regularity. In addition to the de facto hijacking of Ryanair Flight 4978, the Belarusian dictator stands accused of ordering the torture of opposition figures and domestic critics, manufacturing a migrant crisis on his country’s borders with Lithuania, Latvia, and Poland, and threatening to disrupt vital supply chains between Europe and Asia.

While the European Union, the United Kingdom, Canada, and the United States have all imposed multiple rounds of sanctions, Belarus remains a member in good standing of international organizations and has largely escaped any multilateral accountability.

That may be about to change. In addition to Sullenberger’s call to suspend Belarus’s ICAO voting rights, there are also mounting demands in Europe for Lukashenka to face an international tribunal.

On October 5, two members of the European Parliament, former Lithuanian Prime Minister Andrius Kubilius and German Green MEP Sergey Lagodinsky, called for Lukashenka to be hauled before the International Court of Justice on torture charges. The lawmakers’ demand is likely to be included in a resolution that the European Parliament is scheduled to vote on October 7, Deutsche Welle reported.

The recent movement on both sides of the Atlantic to hold the Lukashanka regime accountable above and beyond the existing sanctions measures imposed on Belarus is an encouraging sign.

Such efforts, however, will be incomplete until steps are also taken to comprehensively target the autocratic Belarusian ruler’s Russian enablers. These include not only Vladimir Putin’s regime, but also Kremlin-connected Russian oligarchs and enterprises that have propped up Lukashenka.

The European Union took an important step in this direction when it sanctioned Russian businessman Mikhail Gutseriyev, the largest single foreign investor in Belarus. But other Russian enablers have escaped consequences and continue to enjoy the veneer of international respectability.

One key figure is German Gref, the powerful CEO of Sberbank, Russia’s largest bank. Gref is widely seen as Gutseriyev’s main political patron in the Russian elite and a longtime ally of Kremlin leader Vladimir Putin. He has reportedly backed Lukashenka and has overseen large investment projects in the Belarusian real estate sector worth hundreds of millions of dollars.

Vladislav Inozemtsev, a Senior Associate with the Russia and Eurasia Program at the Center for Strategic and International Studies, noted that while Gref is typically regarded in Western circles as a liberal banker, “he may actually be the most prominent lobbyist for Lukashenka within the Kremlin.”

Sullenberger’s call to suspend Belarus’s voting rights in the ICAO, European lawmakers’ demand that Lukashenka face an international tribunal, and moves to sanction the Belarusian regime’s Russian enablers are all parts of the same whole.

For too long, the West and the international community have allowed autocratic regimes like Lukashenka’s and Putin’s to have it both ways, reaping the benefits of international laws, rules, and norms even as they brazenly flouted them. It is time to hold these autocrats accountable.

Moscow commentators are alarmed by signs of strengthening national identity in Belarus and warn that “Belarusization” could lead to a decline in Russian influence, much as it has done in nearby Ukraine.