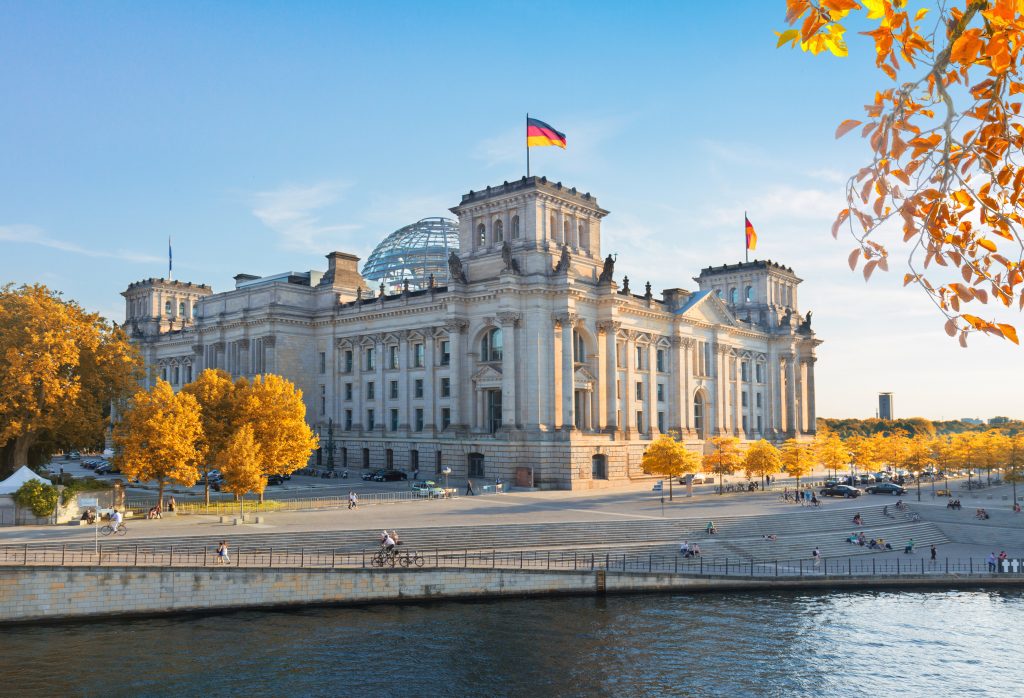 It has been close to two years since German Chancellor Angela Merkel put carbon capture, removal, and storage back on the German policy agenda. However, for quite a while there was virtually no movement, even as Norway, the Netherlands, the United Kingdom, and Germany’s own industrial giants moved ahead with funding and projects. The lack of progress was jarring, as the support for carbon capture technologies from the scientific community grew rapidly. Fortunately, over the past few months momentum has slowly built.

About a quarter of German emissions stem from industry, with the lion’s share generated by cement, steel, and chemicals production. Germany is also the European Union’s (EU) largest cement and steel producer. The industrial sector employs some 5.5 million people, accounting for about a quarter of Germany’s gross domestic product. While overall emissions from the sector have dropped over the past thirty years, its share relative to total emissions has remained relatively constant, signaling that the low-hanging fruit of efficiency gains have long been harvested. To achieve further reductions, Germany has to innovate.

With the European Commission tightening the European Emissions Trading System and devising a carbon border adjustment mechanism, emissions reductions and industrial transformation pathways through innovation are necessary to ensure industrial competitiveness and continued viability of these sectors in a carbon-constrained world.

While comprehensive pathways will require multiple technologies—including hydrogen and renewable energies—mitigation of process emissions will be dependent on carbon capture, removal, and storage technologies. As a world leader in innovation, Germany is also well positioned to commercialize carbon removal technologies, which will be required to deliver negative emissions.

Over the past six months, momentum for this sort of shift in approach has slowly built.

During a panel with Heidelberg CEO Dominik von Achten, Fridays for Future (FFF) activist Luisa Neubauer argued that a carbon capture debate needs to happen, and pointed to a study prepared for FFF that also considers the potential role of carbon capture, removal, and storage in Germany’s decarbonization pathway. Around the same time, the German Greens told the press that all technologies must be on the table to reduce process-related industrial emissions. A new paper, which is the result of a decarbonization dialogue with Germany’s industrial giants, outlines the necessary components of industrial decarbonization; carbon capture, removal, and storage technologies form one of five key decarbonization pillars. Heidelberg Cement, which is pursuing carbon capture in multiple countries outside of Germany, recently announced that its second LEILAC Demonstration plant—now four times bigger than the first one —would be built in Hannover, Germany. And the results from the first round of the EU Innovation Fund application also show that multiple projects in Germany applied for support. Just last week, politicians from German Chancellor Angela Merkel’s conservative CDU/CSU alliance, which is also known as Union and some of whose members have been vocal on the need for carbon capture, formed a climate group, the so-called “Climate Union” to push their parties towards a climate-aligned policy pathway.

At the same time, there has also been some activity from the German government.

The government approved its 2030 Climate Action Program, which stated that carbon capture technology offers “a comparatively low-cost reduction possibility for unavoidable emissions from industrial processes in the mid-term.” At the beginning of February, Germany announced a funding directive for commercializing capture technologies, while scoping CO2 transport infrastructure options. The directive also refers to a second stage, which includes funding for large demonstrations. This development is welcome and signals the realization that Germany is unlikely to reach its climate goals without carbon capture, removal, and storage.

Now, German policymakers must think ahead.

The country is already in an ideal position. It is home to some of the world’s best ecosystems of academia and private partnerships. German industrial giants like Heidelberg Cement and Linde are carbon capture technology leaders. The innovation policy lessons from how Germany led the commercialization of solar photovoltaics will be relevant to the development and deployment of the next generation of decarbonization technologies. It is also strategically located in the heart of Europe, with access to CO2 storage under development in the North Sea via Norway, Denmark, the Netherlands, and Belgium.

So what should happen next?

First, the German government must further understand what industry needs in order to deploy carbon capture, removal, and storage technologies at scale while also learning lessons from its peers. Funding for large demonstrations, as suggested in the directive, will be crucial to building some first-of-a-kind facilities. Feed study grants are generally seen as an essential but relatively small investment to overcome upfront barriers and lead to a raft of promising projects. Yet, with dozens of carbon capture, removal, and storage facilities under development in Europe, it is time to provide certainty to the private sector and pave the way for deployment at scale.

Second, policy needs to be designed to make these projects economical through both capital and operating support. Grants, like the one provided by the Norwegian government for the Longship project, in addition to funding from the EU Innovation Fund, will help with the former. Deployment mechanisms rewarding ton-for-ton emissions reductions are important for the latter. Contracts for the difference could be as effective as the feed-in tariff was for solar deployment and could make up the difference between actual project costs and the EU emissions trading system. The Greens reference a carbon contract for difference and procurement policy to propel industrial decarbonization in their election program. The ongoing experience with the Dutch SDE++ could provide helpful lessons and insights. The US 45Q tax credit, an inverted price on carbon, coupled with generous Front End Engineering Design study grants, have led to a healthy pipeline of proposed projects.

At the same time, an ecosystem for CO2 disposal must be created. While utilization of CO2 is an option, it is limited and its climate impact uncertain. Hence, to achieve at-scale decarbonization via carbon removal and capture, geologic storage of CO2 is unavoidable. As a first step, since it is expected that Germany will rely on CO2 storage in neighboring countries, government leaders could voice support for including multiple CO2 transport modalities and geologic storage in the Trans-European Energy Network revision negotiations at the EU level. Moreover, funding could be provided for identifying business model options such as CO2 transport providers, with front-end engineering support for CO2 transport routes preceding more comprehensive policies such as loans and grants for CO2 transport creation.

The path to net-zero becomes steeper as the low-hanging fruit is harvested. We need to plan for the harder-to-abate sectors like heavy industry today. Successful industrial decarbonization means securing strategically and culturally important industries. German policymakers should seize the opportunity to chart a path for carbon capture technologies critical to meeting national climate goals.

Lee Beck is a Nonresident Senior Fellow at the Atlantic Council Global Energy Center. She also leads the Clean Air Task Force’s work on carbon capture policy in the US and Europe.

Carbon capture, utilization, and storage (CCUS) is critical to decarbonizing heavy industry and meeting global climate goals. But significant roadblocks to financing have prevented the ability of industry to scale up CCUS projects. New financing tools and a coordinated approach by policy makers, industry representatives, and financial institutions can help CCUS drive the energy transition.

Addressing the climate crisis: No time for milestones

To some, framing climate change in terms of milestones, thresholds, and tipping points might imply that there is still plenty of time to act, but it is not only to reduce emissions with urgency today, but also to create, invest in, and deploy decarbonization options with a long-term view, beyond just a decade.