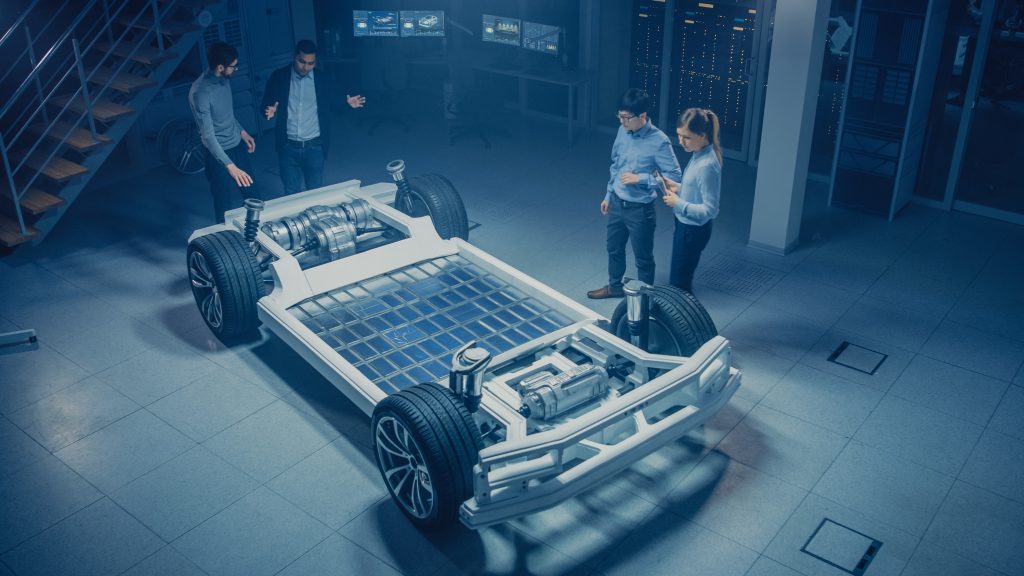 General Motor’s (GM) electric vehicle (EV) transition—aimed at phasing out gas and diesel engines by 2035—represents a reversal for the automaker once accused of killing the electric car. The change portends a sweeping transformation of the US car industry, and the federal government, states, unions, supporting industries, and individual firms must adapt quickly to survive.

GM’s embrace of new EV technology furthers its ambition to become a tech company. The tech industry has long encroached on Detroit’s automotive turf, with audio and navigation intrusion escalating to ridesharing and autonomous vehicles. GM has responded by integrating itself within Silicon Valley’s technological ecosystem, adapting its business model for the high-tech era.

Big tech dominates clean energy investment, but decarbonizing transport is the domain of newer players. EV start-ups, blurring the line between tech and auto, have proliferated; Fremont, California-based Tesla, the first such company to breach the Fortune 500, exemplifies their collective potential. In fact, a burgeoning Tesla-GM rivalry embodies broader trends within the US auto industry.

That has not been easy. Collaboration with Nikola was curtailed as the start-up struggled to convert questionable technological claims into real-world production. Instead, GM will retool its Detroit-Hamtramck factory—rebranded ‘Factory ZERO’—for its own EV production.

The transition will be uneasy for workers as well, since the lighter labor-intensiveness of EV manufacturing could threaten jobs. GM’s unionized workforce also faces competition from Tesla’s non-unionized production in Fremont and in lower-cost Texas and Nevada. EV manufacturing has thrived in Sun Belt states, whose governors are proactive in attracting that business. Detroit’s workforce will be bolstered by President Biden’s mandate that federal fleet electrification rely on union labor and US-made materials. But competition for the consumer market will be fierce.

Dealerships are also threatened because EVs break down less, imperiling maintenance-reliant business models. As is refueling; though gas stations might adapt to electric charging, alternatives like Tesla’s supercharger network—featuring high-capacity stations that top up batteries in minutes rather than hours and imitated by EV rival Rivian—presage the charging sector’s absorption into the auto industry. Simultaneously, dedicated charging start-ups have been ripe for speculation and acquisition. Legacy automakers must decide between integration or partnership models.

Charging remains a chicken-and-egg problem for the industry. Refuelling anxiety among consumers, alongside cost concerns, have limited EVs to 2 percent of new US automobiles. Consequent lack of demand has constrained private sector involvement. The administration’s recent infrastructure plan enlists government as first mover, allocating $174 billion to deploy half-a-million chargers by 2030, among other EV-related tax incentives.

The plan constitutes a nascent federal EV strategy, but the United States trails competitors like China and the European Union, which have each eclipsed the US share of the global market. Both made substantial investments in charging infrastructure while also lavishing consumers with purchase subsidies; US federal consumer subsidies, however, taper at a firm’s 200,000th EV sold, and now exclude both Tesla and GM purchases. Chinese start-ups and Europe’s adapting majors have prospered from government support to dominate their home markets. Tesla, meanwhile, has hemorrhaged market share in Europe and was recently restricted in China on far-fetched spying claims.

For the US market to sustain numerous competitors, federal strategy must replicate subsidy and infrastructure successes in China and Europe. Electrifying the federal fleet should encourage ramped up EV production, but pricing and supporting infrastructure will determine greater consumer market outcomes. As plans progress to address the latter, developing cheaper batteries is critical for the former. Meanwhile, policymakers should negotiate reciprocal market access abroad to avoid a vicious protectionist cycle.

Though federal EV strategy remains embryonic, private sector developments have fostered a growing US EV market. As sectoral interests within the United States vie for this business, turnover is inevitable, for firms and regional manufacturing centers alike. Add a changing lineup of carmakers to the list of disruptions wrought on dealerships, gas stations, and the US autoworker; the American auto industry stands at the precipice of a revolution the likes of which it has rarely seen.

Paddy Ryan is a Spring 2021 Intern at the Atlantic Council Global Energy Center.

As electricity demand swells as the electric vehicle market grows, it is unlikely that short-term battery storage, intermittent renewables, and efficiency improvements alone can provide all of the necessary electrons. These technologies need to be paired with distributed, zero-carbon baseload capacity, and the debate about what technologies can meet anticipated demand is just beginning. Cue geothermal, hydroelectric, and nuclear power.

The global electric vehicle (EV) market is going through a rough patch amid the COVID-19 outbreak. The pandemic led to economy-wide lockdowns and supply chain disruptions across the automotive industry. Coupled with a historic decline in oil prices that brought down gasoline prices, these factors are likely to put a significant dent in EV sales in the near term. But automakers are not turning away from the EV market despite recent setbacks. To signal their intent, several major auto industry executives have taken steps to underscore their commitment to vehicle electrification coming out of the pandemic slump.

Supporters of Brexit suggest that making London a “world leader” in green finance could compensate for the City’s post-Brexit losses. Green financial leadership could boost Britain’s domestic industry and transform its foreign policy. But competitive advantages for its financial sector may not materialize.

Kazakhstan: The thorn in the side of Russia’s energy colossus

Kazakhstan, a rising regional power in the midst of economic and political transformation, may prove to be the weak link in Russia’s energy empire.