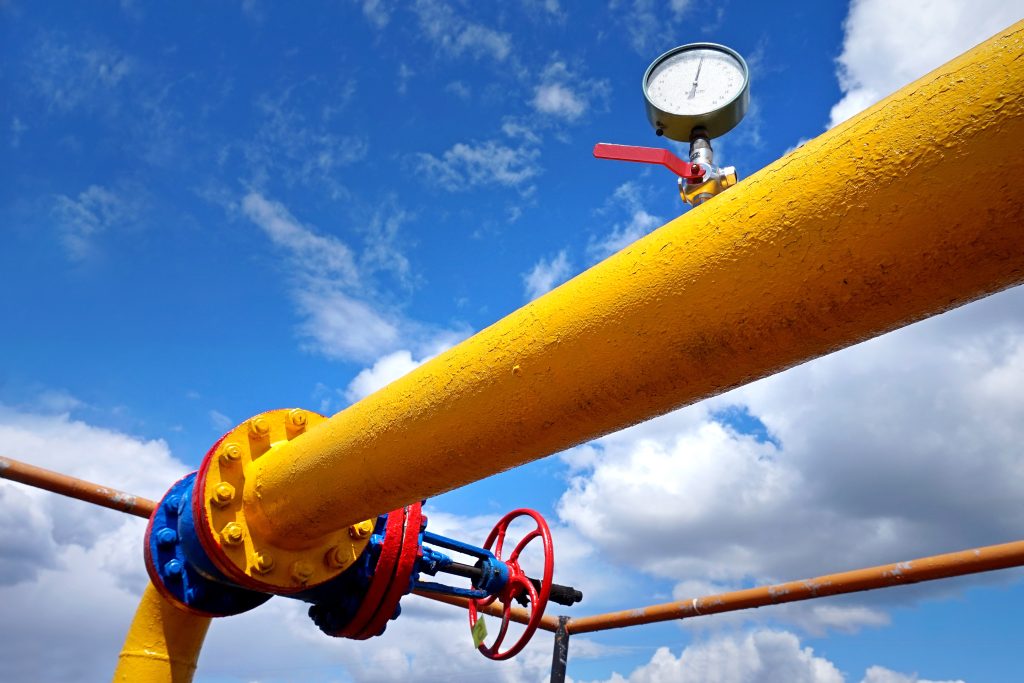 With less than twenty-four hours of notice, Russia delivered on its promise to halt all natural gas exports to Poland and Bulgaria, launching a direct attack on European energy security and tarnishing the remnants of its spotty energy supplier reputation in the eyes of millions of Europeans. These unprecedented contractual breaches came on the heels of Russia’s warning that “unfriendly countries”—particularly those supporting sanctions against Russia and providing military and humanitarian support for Ukraine—must pay for natural gas imports in rubles, despite the fact that 97 percent of natural gas contracts were denominated in euros or dollars.

It is likely that Kremlin aimed to achieve several pressing objectives through these abrupt actions, including the need to stabilize the ruble, exacerbate uncertainty across global energy markets with regard to potential price spikes, send a warning to other countries reliant on Russian gas imports, and—most importantly—sow divisions across Europe, something Russia has thus far failed to do in the wake of the war against Ukraine. Therefore, it is crucial for Europe to avoid this trap and respond to the Kremlin’s blackmailing efforts with a unified voice and coordinated actions to manage market uncertainty and mitigate supply security risks, escalate sanctions against Russia, and maintain robust support for the people of Ukraine.

The sudden shutoffs shocked the energy markets, but this threat has loomed over Europe for the last several decades, which is why Poland and Bulgaria took significant steps towards diversifying its sources from the Russian energy imports. These investments allowed the countries to withstand this record disruption, at least in the short term. Bulgaria’s gas consumption is only 3 billion cubic meters (bcm) annually, but 90 percent of it comes from Russia. Poland receives around 10 bcm annually from the Yamal pipeline, which adds up to around 45-60 percent of its total gas consumption. Poland and Bulgaria have committed to seek out alternative supplies, with their long-term contracts with Gazprom already slated to expire at the end of 2022.

This strategy relies on the completion of several key infrastructure projects: the Baltic Pipe, which brings Norwegian gas to Denmark and Poland; the GIPL pipeline, connecting the Lithuanian and Polish markets; the IGB interconnector, which would integrate Bulgaria and Greece’s transmission systems; and the expansion of the Polish LNG terminal in Świnoujście. The EU, with support from the US, should work closely with countries and energy companies to expedite the completion of these projects and other strategic interconnections across Europe, including the expansion of the Southern Gas Corridor and the integration of Spain and Portugal’s natural gas infrastructure with the rest of Europe. The Three Seas Initiative and its investment fund, along with other multilateral efforts should prioritize supporting these essential projects.

But infrastructure gaps are not the only barriers to reducing reliance on Russian gas. Europe and its allies need a comprehensive plan for how to guarantee supply security, particularly for the European countries that are most vulnerable to Russian import interruptions. Such cooperation would synchronize efforts to identify additional volumes of alternative natural gas supplies and secure long-term contracts where possible.

The halting of gas exports to Poland and Bulgaria is forcing other European countries to examine possible scenarios and action plans for future shutoffs and ways to accelerate their diversification efforts. These plans should be shared and coordinated across Europe and with EU leadership to mitigate shortages in the countries most dependent on Russian gas. Ultimately, each country is in charge of its energy security strategy, but there are tangible benefits to cross-coordination on storage utilization, demand management, efficiency mechanisms, mandated curtailment, and alternative supply procurement.

Additionally, this escalation demonstrates that Russia is racing to produce military and geopolitical wins in the near future, particularly before the May 9th Victory Day celebration, which marks the defeat of Nazi Germany and is a pinnacle of Russian pride. This timeline could lead to escalations in hybrid warfare, including cyberattacks across Europe, particularly against strategic energy infrastructure. Therefore, energy operators and investors across Europe, in coordination with European governments and the US, should ramp up cyber intelligence sharing and double down on strategies for mitigating risks and recovering from cyberattacks.

Following the supply shutoff in Bulgaria and Poland, several European companies considered meeting Russia’s payment-in-rubles demands, particularly as European Union’s initial guidance was unclear on what would constitute incompliance with sanctions. The EU cleared up some of the confusion in the statements on April 28 when Ursula von der Leyen announced that “to pay in rubles, if this is not foreseen in the contract, is a breach of our sanctions.”

But purchasers of Russian gas still have many questions. The European Commission will have further talks and will issue additional clarification on the technical details for compliance. If improperly managed, this sensitive issue has potential to chip away at Europe’s unity in how it responds to Russian threats. Therefore, these details must be shared immediately to provide assurance to the European energy markets and help the buyers navigate a path forward. In addition to these guidelines, swift legal action, including an antitrust investigation, in response to the contract amendments by Russia should be considered as part of the deterrence efforts against future shutoffs.

The war has ushered in a new era for energy security. Strategies that would have normally taken years or decades now must be formed and executed in weeks or months. But it also presents an opportunity to forge an unprecedented cohesion to address future energy security threats, particularly at a time when Russia is instigating European countries to compete for limited alternative supplies and clash over sanctions guideline. With Victory Day and payment deadlines approaching in May, EU leadership, European countries’ governments, and key allies like the US must act swiftly to form a resilient strategy against Russia’s energy security offensive, including clear communication on sanctions guidance and cyber defense mechanisms, while making progress on mid- and long-term initiatives such as deployment of new routes and sources. Such European solidarity would signify a resounding loss for the Kremlin.