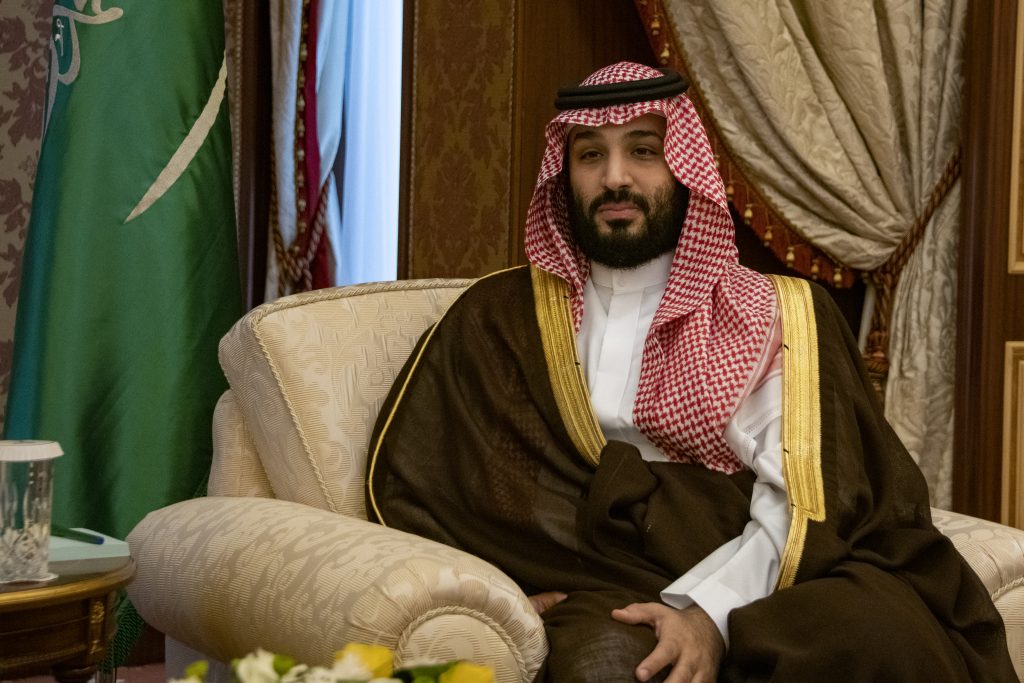 The OPEC+ ministers’ decision to institute a headline 2-million-barrel-per-day (mbpd) production cut among the cartel’s member states this week can only be interpreted through the lens of a wider, and ever-escalating, geopolitical crisis in Europe.

OPEC+ representatives, of course, cast last week’s unexpectedly large production cut in very different terms: Saudi Energy Minister Abdulaziz bin Salman characterized the decision as a matter of cool-headed, market-based energy price management akin to what OPEC+ has been doing for several years. He suggested that in real terms markets would see just 1.0-1.1 mbpd of cuts, and publicly rebuffed suggestions of a politically motivated decision arguing that a potential global recession on the horizon was the key driver.

In typical circumstances, these protestations might be received as credible. But geopolitical realities have amplified the significance of this particular production cut amid the ongoing Russian war of aggression in Ukraine. It escaped no one’s notice that Russian Deputy Prime Minister Alexander Novak was prominent in this week’s OPEC+ discussions. With Moscow bogged down in a deteriorating battlefield situation in Ukraine and a US-EU coordinated “price cap” on Russian seaborne crude oil set to be implemented on December 5, Russia’s political interests depend on elevating the price of crude oil as much as possible. President Vladimir Putin has adamantly refused to abide by any proposed price cap (at a to-be-determined level) when the cap is finally set later this year, and has previewed that Russian producers will sell no oil or gas to countries which agree to the proposal.

In this scenario, Russia has multiple options to respond to Western pressure. Its likeliest courses of action are to simply sell crude oil to fewer markets (such as those in South and East Asia, and buyers like China which continue to purchase Russian crude and other products) and bet that an elevated crude price (ideally, a return to prices above $100 per barrel seen earlier this summer) will make up for any lost sales to cap-compliant buyers. In the same vein, Russian oil companies can shut in production such that already tight crude oil markets are thrown into even greater turmoil. Either way, the Russian government would continue to see robust profits on its crude oil sales (Rosneft alone has reported net profit of $7.2 billion in the first half of this year) wherever these cargoes sail—the opposite intended effect of the proposed price cap.

The OPEC+ decision to preemptively cut 2 mbpd of oil production from global markets (though estimates suggest closer to 900,000 bpd is likelier) thus comes just two months before the price cap enters into effect. This choice is a gift-wrapped present to Putin and, by extension, his flailing and expensive war effort in Ukraine. The key question, therefore, is what this decision (undoubtedly spearheaded and facilitated by the Saudi government) means for US foreign policy and its broader relationships in the region.

The Saudis are increasingly aware that such a blatantly clear embrace of Putin and Russia’s geopolitical interests will not be well received in Washington. Palpable political consequences could follow this course of action, not least of which could be the revival of the ever-present NOPEC bill in Congress which would dismantle OPEC’s sovereign immunity and enable anti-trust litigation. This decision stands in stark contrast to the careful, muted responses of Chinese President Xi Jinping and Indian President Narendra Modi to Putin’s accelerating aggression in Eastern Europe and mounting threats to unleash nuclear war on the continent. Apart from buying Russian oil (at major discounts, most recently about $25 below Brent prices), neither the Chinese nor the Indians have offered Putin much in the way of diplomatic cover, military materiel or other direct substantive support since the earliest weeks of the illegal Russian invasion. The Saudi decision to help Moscow orchestrate OPEC+ crude oil production cuts in line with Russian interests is arguably the most valuable act of bilateral support the increasingly isolated Kremlin has received since February 2022.

There could be manifold reasons for Riyadh’s shift in strategy away from tenuous alliance with the United States in favor of Russia’s revisionist posture. Most practically, Saudi Arabia has a distinct interest in working with Russia, still one of the top crude oil producers in the world, for perhaps decades to come as the world navigates energy market volatility and energy transition. The OPEC+ alliance has been largely successful in aiding oil producers throughout the twists and turns of the shale revolution, the COVID-19 pandemic, and more. With more plot surprises yet to come, the Saudis may bet that the OPEC+ alliance is worth protecting even at the risk of offending Washington.

Ironically, with this OPEC+ decision, the Kingdom has de facto allied itself with the greatest friend of its greatest geopolitical adversary—Iran. The prospect of a renewed non-proliferation agreement between the United States and Iran (colloquially termed as a “JCPOA 2.0”) may also have factored into Saudi calculations last week. A return of Iranian crude oil in the coming months would arguably justify a production cut from other OPEC member states on a purely supply-demand basis. The Kingdom is also likely unenthused at the prospect of a new nuclear non-proliferation agreement opening tentative doors for greater engagement between the United States and Iran (albeit sharply limited ones in light of the Iranian regime’s ongoing and very public crackdowns on civil protests).

The problem with all of this reasoning, however logical, is that Riyadh has not simply angered policymakers in Washington. Rather, this stark production cut has worsened extant energy supply challenges throughout the world and especially in lower- and middle-income developing countries, many of these in regions set to be the drivers of hydrocarbons consumption in the decades to come. The energy inflation crisis will, if anything, be exacerbated by these developments—particularly in Asia. Representatives from SK Energy, South Korea’s largest refiner, warned of “a resurgence in international oil prices” in response, sentiments which were echoed in Singapore and Japan. Likewise, the International Monetary Fund continues to predict economic shocks throughout the developing world amid high energy prices and worsening inflationary pressures.

The Saudis’ decision to align themselves with Russian interests thus comes at a troubling moment and reads as myopic in the overarching context. But perhaps more importantly, the long-term strategic wisdom of this split with the United States could prove misguided. With this decision, the Kingdom appears less an effective, judicious manager of energy markets and more a partisan ally of one particular revisionist leader—President Putin—whose own strategic position is perhaps as tenuous as it ever was. The Kingdom may assume that, when the wind blows in a new direction, the US alliance will always be there as it always has been before. But with a shifting mood towards Riyadh in the White House and Congress, that assumption may be tested.

Of course, time and future developments could adjust the Kingdom’s strategic approach. The ides of December are fast approaching along with the to-be-defined price caps for Russian crude cargoes. If significant amounts of Russian crude volumes are displaced, or if Putin defiantly shuts in production, the Kingdom will have a renewed opportunity to demonstrate its commitment to stabilized global crude prices. At this juncture, however, this kind of course correction seems unlikely. For now, the Kingdom has crossed the Rubicon and there are few signals that it will adjust its approach anytime soon. Time will tell if its bet on Russia was worth the price.

David L. Goldwyn served as Special Envoy for International Energy under President Obama and Assistant Secretary of Energy for International Relations under President Clinton. He co-edited Energy & Security: Strategies for a World in Transition (Wilson Center Press/Johns Hopkins University Press 2013), Editions 1 and 2. He is chair of the Atlantic Council’s Energy Advisory Group.

Andrea Clabough is a nonresident fellow at the Atlantic Council’s Global Energy Center and an associate at Goldwyn Global Strategies, LLC.

What to know about fusion

Key technological advances and rafts of private capital have made usable fusion energy a real possibility in the coming decades. Knowledge of the burgeoning industry will thus be essential for policymakers and the public alike.

In an ecosystem of growth for batteries, a diversity of options is key

In the current battery market, much of the demand—and much of the supply chain stress—falls on lithium, whose electrochemical properties make it ideal for energy storage. But other battery technologies could play their own roles, particularly in grid-scale storage. An all-of-the-above approach would allow them to contribute significantly to the energy transition.

The JETP’s impact lies not in its financial heft, but in its stipulations for domestic reform. The agreement could prime South Africa to take advantage of future investment in its energy sector and eventually decarbonize at speed.