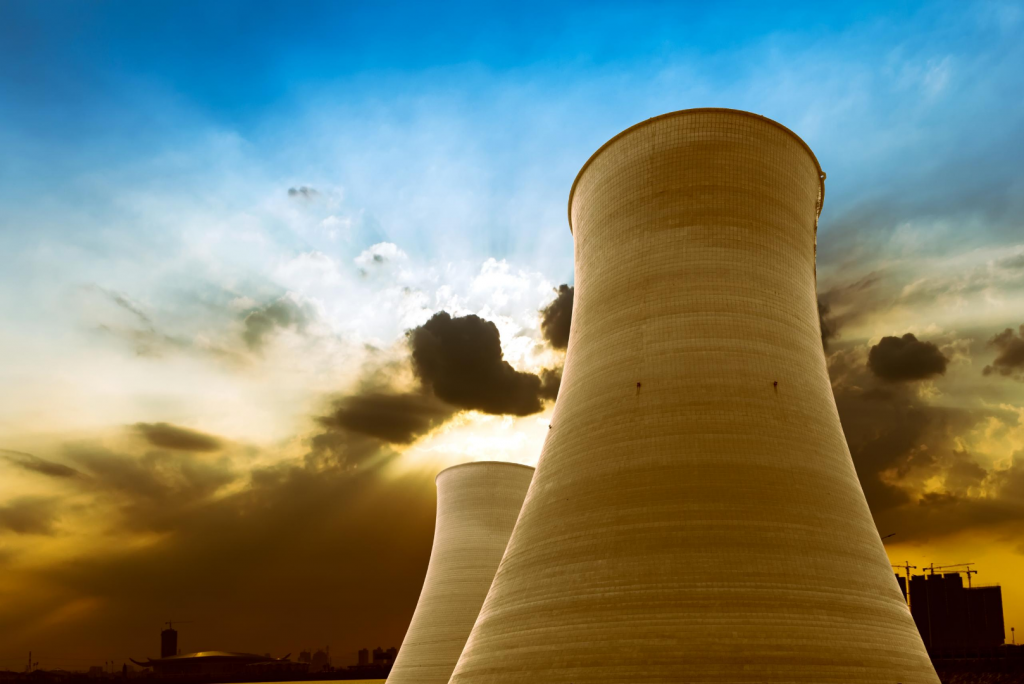 Governments and electric utilities are rapidly embracing the imperative to decarbonize energy use. In the context of this effort, they have made substantial commitments to renewable energy generation and battery-based electricity storage through renewable portfolio standards and contractual commitments. But while the costs of renewable energy generation have rapidly decreased, and their performance has improved, renewable generation is intermittent, and electric-system operators continue to rely on existing thermal resources, particularly natural gas generation, to fill in the gaps when renewable generation is not available. Battery-based electricity storage is part of the solution, but storage timeframes are currently only on the order of hours. In addition, the ability to draw on renewable resources varies dramatically by geography.

“Firm” zero-carbon generation resources, which are not necessarily intended to run all the time, but can be available at any time, will be needed to complement renewable resources in the future, without emitting the CO2 produced by today’s fossil energy system. These resources might include, for example, fossil-fuel power plants with carbon capture, nuclear power plants with improved dispatchability, geothermal power, and bio-fueled generators. But the path to developing, and certainly deploying, such resources has been slower and more fraught than for renewables; these “firm” electricity generation resources represent a missing link in the path towards a decarbonized electricity grid.

Several new technologies—including Allam-cycle plants, combined hydrogen production and combustion, and advanced nuclear technologies—represent potentially promising approaches to providing firm zero-carbon energy that complements renewables and battery storage. But as with any energy technology, there are challenges and potential consequences associated with their deployment.

An Allam cycle gas-fired power plant emits a stream of pure CO2 that can be entirely captured and reused or sequestered, without having to be separated from other emissions as would occur with add-on carbon-capture technology. NET Power has been operating a demonstration Allam-cycle plant since 2018, and intends to deploy a commercial-scale 300 megawatt (MW)  plant by 2022.

For broad deployment, Allam cycle plants have the benefit of using natural gas—a well-known and readily available fuel source—capturing 100 percent of CO2 emissions without add-on equipment, and having a cost and efficiency comparable to existing natural gas combined cycle generation. Furthermore, the technology has already been deployed, at least at demonstration scale. But the Allam cycle faces challenges similar to those of conventional power plants with carbon capture.

Projects involving carbon capture, utilization, and storage benefit from tax credits under section 45Q. Although the credits are available at different rates depending on whether the CO2 is used or sequestered, the prevailing approach so far seeks to use the CO2 in enhanced oil recovery (EOR). That opportunity will erode over time if goals for decarbonizing transportation are met and may already be complicated by the recent glut in oil supply. While there is plenty of capacity to sequester CO2, the infrastructure to transport the gas from power plants to storage sinks is very limited, and today exists only in the Southwestern United States; as such, deploying the technology broadly will involve additional costs. Furthermore, using natural gas will be challenging in a carbon-constrained future unless methane leaks from production, transport, and storage can be controlled to a much greater degree than they have been so far.

A project sponsored by the Los Angeles Department of Water and Power seeks to use hydrogen storage paired with hydrogen combustion as a means of delivering zero-carbon firm power generation. Mitsubishi Hitachi Power Systems (MHPS) will be replacing the coal-fired Intermountain Power Plant with a hydrogen-capable 840 MW gas power plant. The plant will be paired with a project that will produce hydrogen through electrolysis and store it in an underground salt dome (Advanced Clean Energy Storage, or ACES).

This project will use excess renewable generation to power hydrogen production and modifications of existing technologies to produce hydrogen through electrolysis. The success of the Utah project and any replications will obviously depend on MHPS meeting its cost objectives, particularly for the reduction in electrolyzer costs through increased scale. Furthermore, the type of salt cavern storage used for the ACES project may be geographically limited, and tank storage would make the economics more challenging. To the extent that hydrogen production, storage, and use need to occur in different locations, the existing hydrogen transport network is very limited throughout the world. In the United States, there are 1,600 miles of hydrogen pipelines compared to about 3 million miles of natural gas pipelines. Constructing new hydrogen pipelines is expensive, and the prospects for converting existing natural gas pipelines are still at the conceptual stage.

There are two advanced nuclear project demonstrations in the Nuclear Regulatory Commission licensing process that are expected to be built in the Idaho National Lab complex, one of which would provide commercial power to Utah Associated Municipal Power Systems. The US Department of Defense recently announced contracts with three developers to build a potential mobile nuclear reactor, and the US Department of Energy will co-fund two additional demonstrations with the intent of bringing them online within the next five to seven years.

Power plants based on advanced nuclear technology will be much smaller than traditional large-scale nuclear plants and use new approaches to process design. The developers behind these technologies expect that they will be able to deliver lower costs through manufacturing more of the facility rather than building it on site, and from designs incorporating inherent safety, rather than supplemental safety systems that add cost. Advanced nuclear technologies have the advantage of being geographically independent: they do not require pipelines or geological reservoirs and could be sited where the electricity infrastructure already exists, such as on land set aside for additional units at existing nuclear sites, or at retired coal power plants. Because they are much smaller than traditional nuclear facilities and designed to be built in modules as power requirements grow, next generation reactors may be attractive to economies without existing nuclear infrastructure or operating in remote or island locations. Interest in advanced nuclear has come from locations as varied as Ukraine, South Africa, and Puerto Rico, and analysts suggest advanced nuclear deployment could have broad potential.

Although greatly anticipated, the first advanced nuclear demonstration projects will not be operational for at least the next several years, and reaching a level of deployment sufficient to determine whether the economics will be competitive will be years beyond that. Most designs require a more power-dense fuel than that used at existing nuclear plants, and the infrastructure to produce that fuel also needs to be commercialized. Additionally, any expansion of nuclear power will need to address the public’s perception of risk—despite advanced reactor developers’ focus on inherent safety—and the lack of commitment to an approach on spent fuel disposal.

Other methods of firm electricity generation

Other technologies could also address the need for firm low-carbon energy. Electricity generation from biomass could be a pathway to negative carbon emissions if paired with carbon capture, use, and storage, but the issues associated with using biomass are complex. Geothermal energy could make a valuable contribution but it is geographically limited. Existing natural gas combined-cycle technologies could be used with added carbon capture, but that increases their capital cost and decreases their efficiency; it may be useful as an interim option. Finally, there are a number of companies developing approaches to long-term energy storage; Form Energy, one of the most visible, recently announced a pilot project to be tested through 2023.

There is no perfect or universally applicable technology that can “solve” the transition to a decarbonized electric grid. Renewables have made great progress in the last several years on both cost and performance, but they will always be intermittent, and their applicability will vary by geography. Many approaches show promise to complement renewables and support a transition to a fully decarbonized grid, but each has its challenges. These options for firm low-carbon energy are certainly not mutually exclusive and many may be used in tandem depending on their advantages in certain markets and geographies. Ultimately which are used, and where, will come down not only to whether the developers can meet their cost and performance objectives, but perhaps as much or more to how their challenges are addressed, and what residual impacts are most acceptable.

It is encouraging to see the dedication of effort and resources to a wide range of potential solutions for a key missing link in the quest for power sector decarbonization. These efforts have been and should continue to be supported through government policy. The dramatic results achieved so far in reducing the carbon intensity of power generation would not have occurred without the tax credits and state policies encouraging renewable energy research, development, and deployment. Similarly, the push for firm low-carbon energy generation will continue to need policy support through a combination of research and development initiatives; government preference for low-carbon options to balance the energy mix beyond renewables; and—ultimately—a means of putting a price on carbon, whether explicit or implicit.

Furthermore, it is important to cast the net wide, to continue to support a range of approaches, and to avoid tunnel vision and the tyranny of assumptions regarding acceptable options. There will inevitably be potholes and dead ends on the journey toward workable solutions, and the more options that are considered and tested, the more likely that feasible solutions will be found in the limited time available to achieve climate objectives.

Carbon capture and the Allam Cycle: The future of electricity or a carbon pipe(line) dream?

The race to net-zero emissions is an uphill one. Despite the effects of climate change mounting and time running out, global energy demand is set to grow 50 percent by 2050. One solution to decarbonizing the global energy system while also meeting rising natural gas demand is carbon capture, utilization, and storage (CCUS). However, CCUS has historically been too expensive to be viable, and deployment remains far off track. Enter the Allam Cycle: a novel natural gas power plant design that can theoretically capture 100 percent of emissions while being cost- and efficiency-competitive with advanced natural gas plants.

As COVID-19 enveloped Europe and the Americas, Ursula van der Leyen declared clean hydrogen energy “a pillar” of the European Union (EU)’s new industrial strategy. While COVID-19 will likely have significant effects on hydrogen’s success in Europe, it has nevertheless become a top EC energy priority.

The recently released report, Restoring America’s Competitive Nuclear Energy Advantage, commissioned by the US Department of Energy’s (DOE) Nuclear Fuel Working Group, is an important step forward for US national security, the battle against climate change, and the health of the US economy. After decades of misguided policy, this report puts the United States back on track in leading a worldwide nuclear energy system that is effective, reliable, and carbon free.