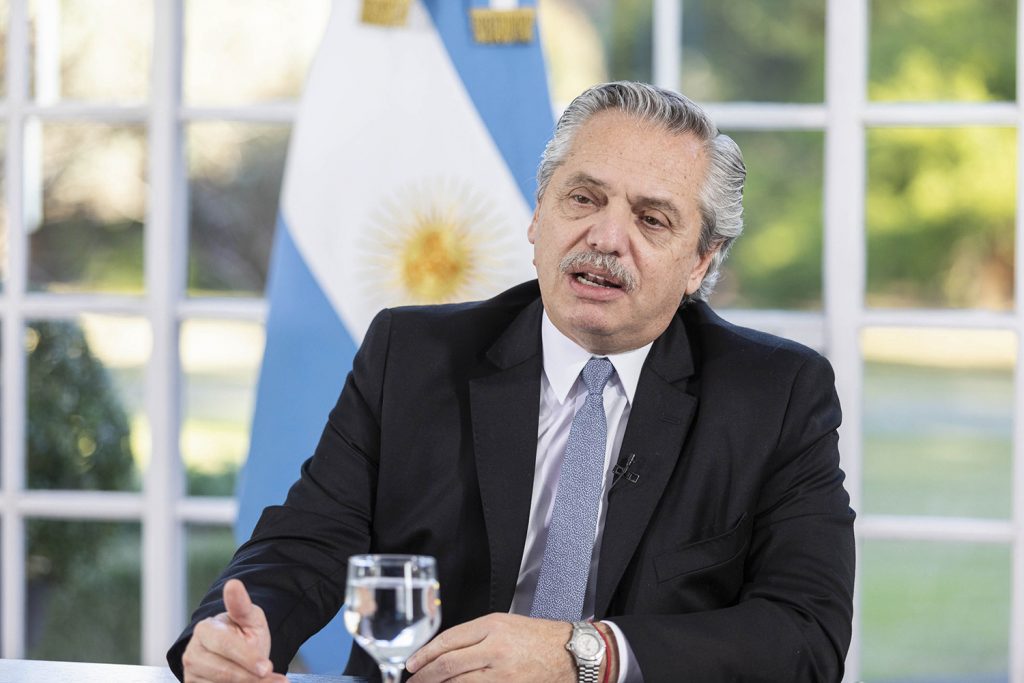 After months of negotiations, the Argentine government and major creditors reached a deal on August 4 to restructure Argentina’s $65 billion in sovereign debt.

As Argentina Minister of Economy Martín Guzmán, who has led negotiations alongside President Alberto Fernández, noted in a recent Atlantic Council conversation, “resolving the debt crisis [was] a necessary condition” for ensuring Argentina’s long-term economic sustainability.

The debt agreement comes at a delicate moment for Argentina, as the country battles the COVID-19 pandemic, as well as its health and socioeconomic implications. Avoiding its ninth default, this deal opens avenues for renewed confidence in the government’s ability to continue to safeguard the economy while establishing a necessary long-term macroeconomic plan for Argentina.

Valentina Sader, assistant director at the Adrienne Arsht Latin America Center, spoke with experts to ask how the agreement will impact the future of Argentina’s economy.

Sader: What does today’s announcement mean for Argentina’s government, businesses, and people?

Shunko Rojas, co-founder and partner at Quipu; former undersecretary of international trade of Argentina: “The agreement with the private bondholders is very important for Argentina. For the government, it represents a critical achievement that consolidates President Fernández’s efforts, who set the restructuring of the country’s debt as a priority at the start of his mandate. It also shows that when there is consensus (within the government coalition and between the government and the opposition) Argentina can achieve great outcomes. For business, the agreement will translate into lower interest rates and better access to finance, which is particularly important in the context of COVID-19. For the people, the deal will provide more macroeconomic stability and certainty and will also facilitate access to finance.”

Jason Marczak, director at the Atlantic Council’s Adrienne Arsht Latin America Center: “Argentina’s announcement of a debt deal is an important step forward for the future of the country and for its people. Negotiating a debt deal and doing so in a way that looks toward long-term macroeconomic sustainability is important both in so far as being able to satisfy the terms of this accord, but also doing so in a way that is not putting at risk the livelihoods of the Argentine people. Argentina, like other countries across the region and the globe, is reeling from the economic hit of COVID-19. Negotiating this debt deal in the midst of a pandemic has been quite a chore both for the Argentine government and for its creditors, but the outcome of a successful restructuring is critical for the future of the country, and it is an important win for President Alberto Fernández, who came into office in December 2019, with this deal as a top priority.”

Sader: What are some key takeaways from this agreement and the negotiation process?

Rojas: “One of the key lessons is that when there is political commitment, engagement in good faith, and technical capacity in a negotiation, there are opportunities for finding solutions of mutual benefit even in the most complex scenarios. Also, external factors, such as the high uncertainty and instability created by COVID-19 and the unprecedented fiscal stimulus at the global level, facilitated the conclusion of this agreement. A wide range of key actors, ranging from Managing Director of the International Monetary Fund (IMF) Kristalina Georgieva, Nobel Prize-winning Economist Joseph Stiglitz, and Pope Francis, played a constructive role that helped to orient the process in a positive direction.”

Marczak: “A key takeaway from this agreement is the fact that, especially in the midst of coronavirus, it is fundamental that governments and creditors find common ground; it is in nobody’s interests to have a default. As almost eighty countries have already asked the IMF for assistance and predictions showcase economic contractions in most countries this year, the Argentine process is going to be one that other countries will look toward, as economic impacts continue to hit countries’ fiscal situations.”

Sader: Now that a deal is reached, what should Argentina do next to continue safeguarding the economy amid COVID-19 and in the long run?

Rojas: “Although safeguarding the country’s economy is a responsibility that lies primarily on the government, in order to be prepared to meet the agreement’s stipulations, all of the key interest groups of Argentina will need to make some concessions, and discuss the necessary reforms—and their inevitable distributive struggle—under a framework of reason, sustainability, and common good. Restructuring local debt, setting up a solid program with the IMF, and fiscal responsibility will be key elements to meet the agreement’s commitments.

The agreement with the private bondholders is just the first step in a long road to reaching macroeconomic stability, improving the structural competitiveness of the economy, and reducing poverty. In the short term, Argentina needs to restructure its debt with the IMF and develop a roadmap for sustainable growth. The government also needs to restore domestic confidence and create the necessary instruments to sterilize monetary expansion triggered by the response to COVID-19 and avoid the speeding up of inflation. In addition, Argentina needs to gradually dismantle some of the controls and distortive restrictions imposed in recent times to stabilize the economy, as well as carry out structural reforms that are imperative for the country to become more internationally competitive.”

Marczak: “What is fundamental for Argentina moving forward is long-term macroeconomic stability. It is imperative that Argentina provide the conditions for investors to feel safe and confident in investing in the country, seeing the opportunities for long-term returns, and a clear macroeconomic path forward for long-term economic stability. Of course, balancing that with short-term fiscal needs will be fundamental for helping to inject further stimulus measures into the Argentine economy, especially as the country battles against the socioeconomic implications of COVID-19. As noted, certainty of investment and clear rules of the road moving forward will be signs that investors will continue to look toward.”

Sader: In what ways could the agreement better position Argentina in terms of export and investment promotion? How was this agreement received by the international community?

Rojas: “The recent agreement, together with an eventual new program with the IMF, and political leadership that restores confidence, will provide a horizon of certainty and predictability for businesses, which will be key for exports and investment. While there will be some economic rebound in the short term, a true boost for exports and investment still needs the normalization of the economy—gradual elimination of capital and price controls—and the adoption of some key reforms, including more and better infrastructure, a long-term solid energy policy, and integration into the global economy. The international community has welcomed the agreement—in fact Argentine stocks and bonds have soared since the deal was announced. It is in everybody’s interest to have a strong, stable, and prosperous Argentine economy.”

Marczak: “This deal better positions Argentina, as the agreement shows this government’s willingness to find common ground to negotiate a deal that is critical for the future of the country. Even though some questioned the commitment of this government to negotiate a deal with creditors, this agreement shows what is possible. It’s an important step forward for all parties involved, and, following previous defaults, restores confidence in the Argentine government’s commitment to finding tough solutions at moments of great challenge.”

Sader: How is this achievement also important to other countries in the region?

Marczak: “As COVID-19 continues to significantly impact public health and finances in the region—and to do so without any end in sight—a deal in Argentina is important for the overall confidence in emerging markets at this time. We will continue to see strained fiscal resources around the region. Most recently, Costa Rica announced that it would launch negotiations with the IMF for a $2.2 billion Stand-By Arrangement. This comes on top of the IMF already approving emergency financing for twenty countries in the region. This week’s Argentina agreement is an important signal to multilateral and private creditors of the good faith that is possible in resolving debt questions as regional fiscal resources come under increased strain.”

Rojas: “The Argentine economy is the third largest in the region and the agreement, together with Ecuador’s, will help to send a signal of more regional stability. This is very important since Latin America has been the most affected by COVID-19 in the world. The region’s governments need to cooperate and focus their efforts on combating the effects of the COVID-19 crisis in its multiple dimensions: sanitary, economic, and social. A more stable and predictable economy in Argentina will also benefit its neighboring countries, with whom Argentina is closely integrated.”

Sader: Minister Guzmán mentioned that Argentina will pursue a new program with the IMF. What are the prospects for reaching the new program and what might be the key priorities?

Rojas: “The prospects of reaching a new program with the IMF are good. There is a very constructive dialogue between the Argentine government and the IMF, and its main shareholders. The organization was very supportive of the Argentine efforts during the debt restructuring process and played a positive role during the negotiations. Now the dynamics will certainly change, but Argentina and the IMF should be able to find a common understanding about the priorities to put the Argentine economy back on a sustainable track for growth. Well designed and implemented, the IMF program could provide the necessary incentives and guarantees for sound economic policy and certainty in the long term. While the needs are many, some of the priorities should include a clear fiscal plan to meet future commitments, reduction of inflation, elimination of economic imbalances, controls, and distortions, and the pursuit of structural reforms to increase competitiveness—all in the context of the new normal in a post COVID-19 world.”

Why AMLO’s meeting with Trump is important

The expectations for AMLO’s first international trip are inevitably high, especially given the timing amid the worst multi-dimensional crisis in recent history but also coming just a week after the US-Mexico-Canada Agreement (USMCA) entered into force. For the United States, the meeting and the ensuing side-by-side pictures will send strong signals to the region and the world that US-Mexico ties are in a good place.

Guaidó’s national emergency government presents a viable solution to tackle the coronavirus pandemic, Venezuela’s humanitarian crisis, and the dictatorship that has decimated the country.