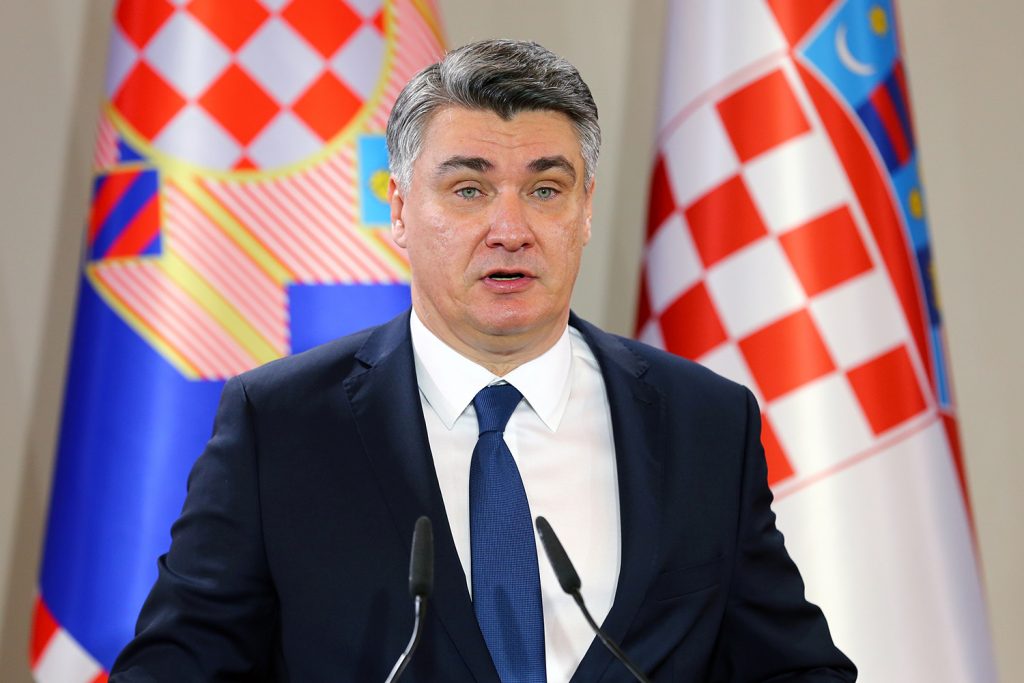 Croatia’s new president Zoran Milanovic entered office on February 18 with a legacy to build upon and several challenges to overcome. Over the last fifteen years, Croatia has made remarkable progress as a democratic state, joining NATO in 2009 and the European Union (EU) in 2013. Even so, the uncertain future of European integration, uneven economic development, and malign foreign influence present challenges for Croatia and the Balkans region. The United States, other EU members, and NATO allies have a role to play in supporting Croatia’s efforts to tackle these challenges.

Croatia has been an advocate of continued European integration for the Western Balkans. The European Commission’s Western Balkan Strategy identifies critical areas for reform within Balkan countries in pursuit of a more unified Europe. Zagreb has an opportunity to work with Paris and other EU members skeptical of enlargement to help reform the process to mitigate against backsliding. Croatia itself is undergoing the evaluation process to enter the Schengen area. This step, however, will remain a contentious issue until Croatia can resolve ongoing border disputes with Slovenia and address concerns about its role in managing the European migrant crisis. While not mutually exclusive, Croatia’s ability to address these issues may also encourage its neighbors in the Western Balkans to undertake the necessary reforms for successful integration into Europe.

Economic development continues to be a key area of focus for Croatian policymakers. Milanovic’s predecessor, Kolinda Grabar-Kitarović, dedicated her time in office to championing the Three Seas Initiative (3SI) to foster private investment in cross-border energy, transportation, and digital infrastructure, critical to bolstering Croatian economic growth. While data from the World Bank illustrate modest growth in recent years, the economic gap between Croatia and the European Union median remains wide. Uncoordinated construction projects have left some areas of Croatia noticeably less developed than others. Furthermore, Croatia’s continuous struggle to retain a population of educated, young professionals demonstrates the lack of incentives these individuals have to stay in the country. Although tourism has been a boon to Croatia’s economy, over-reliance on a single industry—especially one as volatile as tourism—could create considerable problems in the future. Increased investment in the construction of the liquefied natural gas (LNG) terminal in Croatia’s northern Adriatic island of Krk could help decrease the country’s economic vulnerability, a dependency that malign actors seek to exploit.

Foreign influence is a persistent challenge to regional stability and security. Croatia has committed to taking actions that will improve its overall security and dampen the potency of foreign influence operations. More specifically, Zagreb has outlined plans to modernize its military and increase defense spending in order to meet NATO’s 2 percent of gross domestic product threshold by 2024. As populism, malign influence, and skepticism towards transatlantic institutions increase, bolstering Croatia’s democratic institutions and ensuring good governance are effective antidotes. A more vibrant, diverse, and independent media within Croatia would also mitigate foreign influence by countering disinformation.

Since its independence in 1991, Croatia has demonstrated its ability to navigate a volatile global landscape. Even so, the United States and Croatia’s allies can support the country as it confronts the challenges of deepening and expanding European integration, catalyzing economic development, and mitigating foreign influence. While the United States has developed a strategy for Croatia, the United States and Croatia must work together to turn these plans into reality through a structured strategic dialogue to ensure implementation. Both NATO and the EU will remain Croatia’s partners in helping it achieve its objectives. In turn, Zagreb can better develop its role in shaping the future of Southeast Europe, the European Union, and NATO.

Claudia Vaughn Zittle is an intern in the Atlantic Council’s Executive Office.

“For a region whose politics, both domestic and foreign, have been shaped by the promise of EU membership in almost every way since the 1990s, the coming months and years will prove trying,” Damir Marusic says.