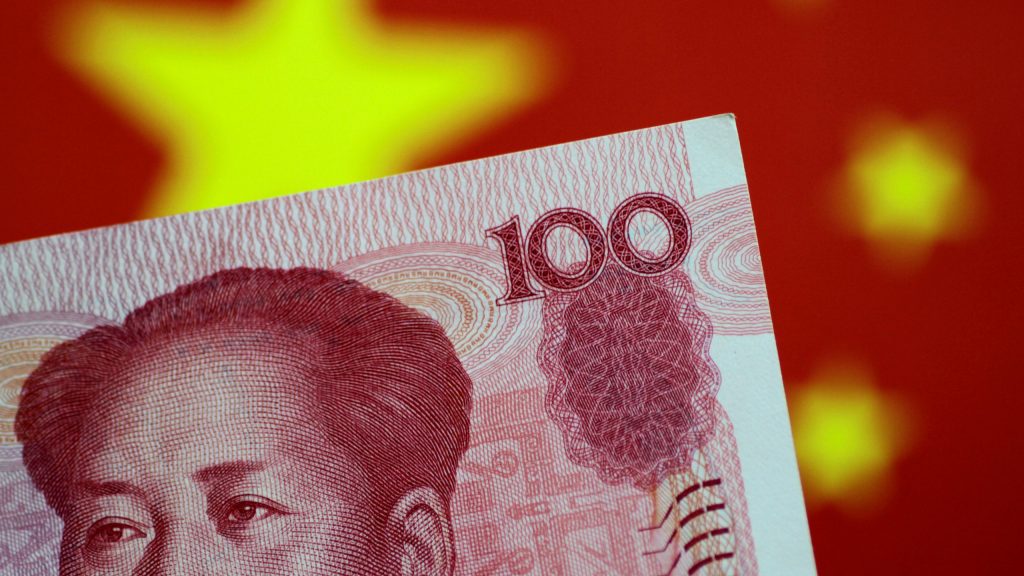 Facing an economic downturn and unpayable debts earlier this year, the Republic of Suriname turned to the International Monetary Fund (IMF) for a bailout. In exchange for a $690 million loan, the South American country agreed to economic reforms and debt restructuring. But since the loan was announced, according to officials I’ve spoken with, no money has been disbursed—because the Export-Import Bank of China (Exim Bank) has not restructured roughly one billion dollars of debt owed it by Suriname.

The nearly eight-month delay is part of a deepening debt crisis affecting countries that have borrowed hundreds of billions of dollars from China for infrastructure development. While other lenders—especially Western banks and bondholders—also are creditors to many of these countries, China’s vast portfolio of loans means that Beijing’s policy response will affect the largest swath of countries across the globe.

It’s not just low-income countries that are hard-pressed to repay China. Middle-income nations also are seeking to renegotiate their Chinese debts as the pandemic-induced global economic slowdown nears the two-year mark. It’s noteworthy that IMF Managing Director Kristalina Georgieva recently called for “other highly indebted countries” to receive the attention of the Group of Twenty (G20) governments—a clear signal of the challenge facing countries higher on the development ladder.

But Chinese lenders are digging in their heels as governments ask for relief, especially with countries that don’t receive media attention. And those countries are feeling the pain. For example, Suriname’s inability to access IMF funds means less money for social programs at a time when the pandemic has increased demand for health care and other programs focused on the poor.

The administrations of US presidents Donald Trump and Joe Biden have accused China of using loans to entice borrowing countries into a “debt trap” that gives Beijing sway over strategic assets and natural resources when governments can’t repay. But that accusation has failed to stand up under scrutiny, even though some Chinese loan agreements do contain harsh conditions.

That doesn’t mean that China is free of blame. Beijing is following a familiar script of profligate lending that has a track record of creating a morass of unsustainable debt in many countries. The situation echoes the Latin America debt crisis of the 1980s, when countries were unable to repay loans from Western commercial lenders, and the dire straits of low-income countries in the late 1990s that led to bailouts from the IMF, World Bank, and other creditors.

Timely Chinese debt relief could help many indebted countries. But failure to act could create a real debt trap that would ensnare both foreign borrowers and Chinese lenders.

Chinese loans for infrastructure projects have fallen under President Xi Jinping’s ballyhooed Belt and Road Initiative (BRI), which was enshrined in China’s constitution in 2017. But with countries now seeking debt relief, BRI appears to be undergoing a downgrade in the pantheon of Xi’s achievements: The program received no mentions in the communiqué of last month’s Communist Party plenum, and only one in the self-congratulatory resolution on party history issued at the meeting.

That likely reflects discomfort with the fact that many of the 144 countries that have signed BRI “cooperation agreements” are struggling to repay loans from Exim Bank, China Development Bank (CDB), and other Chinese financial institutions that have helped fund many of the more than 3,100 projects launched or planned by China’s state-owned enterprises as of 2018. While the exact amount borrowed from China under BRI is unknown, the Rhodium Group estimates that lending peaked in 2016 at seventy-five billion dollars, before dropping sharply as the debt issue began to emerge.

China’s official stance on debt relief aligns with policies endorsed by the G20, which include a moratorium on debt-service payments by low-income countries that expires December 31 and a commitment to the so-far-unsuccessful “common framework” under which those nations are to negotiate restructuring. The G20 also calls for private-sector lenders to engage in debt talks on a case-by-case base, and China has indicated that its banks are following that stipulation—even though a significant portion of Chinese lending is from state-controlled financial institutions like Exim Bank and CDB. (Beijing claims that CDB is a commercial bank and thus does not fall under programs for government creditors, a position the World Bank president has criticized.)

Beijing has provided more than twelve billion dollars of debt-service postponements and restructuring since the pandemic hit. That is the largest amount among the G20 countries, as China is the largest lender in the group. Restructuring agreements have been reached with a handful of countries, including Angola, the Republic of Congo, and Ecuador—the latter in the context of an IMF program, like Suriname’s, that called for creditors to renegotiate terms.

But China’s stance has hardened in recent months, and officials suggest Beijing may hope that delay will be rewarded by higher commodity prices—especially oil—and a global economic recovery that would restore countries’ ability to repay. Beijing may also be banking on IMF provision of loans to governments even if they have fallen behind repaying official creditors—a process called “lending into arrears.” But other governments are likely to argue against any loans that might enable repayment to China—as the Trump administration did during discussions of a 2018 loan to Pakistan—and some debtor countries might refuse to repay Beijing in the absence of a restructuring agreement should IMF funds become available.

One IMF official told me that China is claiming internal constraints on offering debt relief: “They say, ‘We can help extend the payments, but fundamentally this money is owed to the people of China. We are not a rich country that can give out free foreign aid.’”

The suggestion that China—a global engine of growth with over three trillion dollars in foreign-exchange reserves—remains a poor country beggars belief.  Still, domestic political constraints do apply: There is considerable sensitivity to debt-related issues in China at a moment in which the real-estate sector is burdened by bad debt, putting China’s financial sector under considerable strain and financial-sector officials under investigation. This may also help explain why BRI no longer figures in the campaign extolling Xi’s achievements.

In fact, at a Chinese government symposium on BRI last month, the Chinese leader adopted a rather defensive tone. According to the Communist Party newspaper The People’s Daily, Xi told the assembled officials that BRI “is not a debt trap, but a pie to benefit the people; it is not a geopolitical tool, but an opportunity for common development.”

Discussion of foreign debt in China is tightly controlled. When the IMF program with Suriname was announced in April, the state insurance company Sinosure, which provides export credit insurance and analyzes country risk, issued an “early warning analysis.” The bulletin discussed Suriname’s debt, but did not mention Exim Bank’s loans.

The vast debts owed to China will not disappear simply because Beijing erects a curtain of silence. And the burden of repayment inevitably will be shouldered by the people who can least afford to make sacrifices. 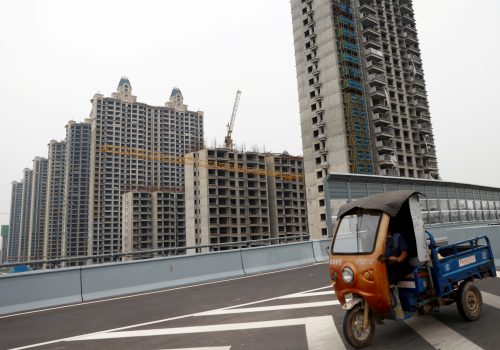 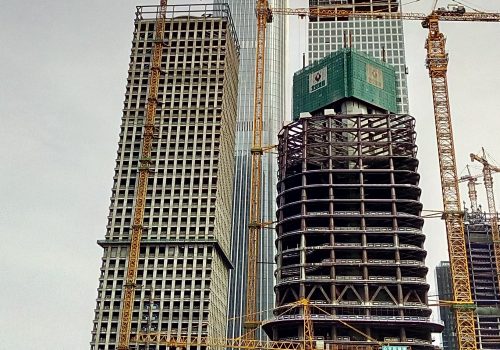 On September 24th China’s giant property developer Evergrande Group entered a 30-day grace period before being declared in default. Although they may not default, this slowdown highlights the key contradiction in China’s policy goals. 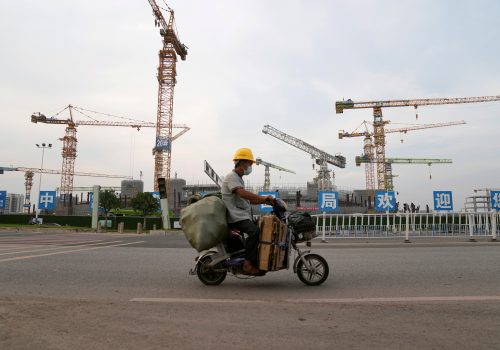 China’s debt-reduction campaign is making progress, but at a cost

Global economies must prepare accordingly for the coming Chinese slowdown caused by efforts to pare back the country's corporate debt.

Image: A China yuan note is pictured in this illustration photo May 31, 2017. By Thomas White/REUTERS.