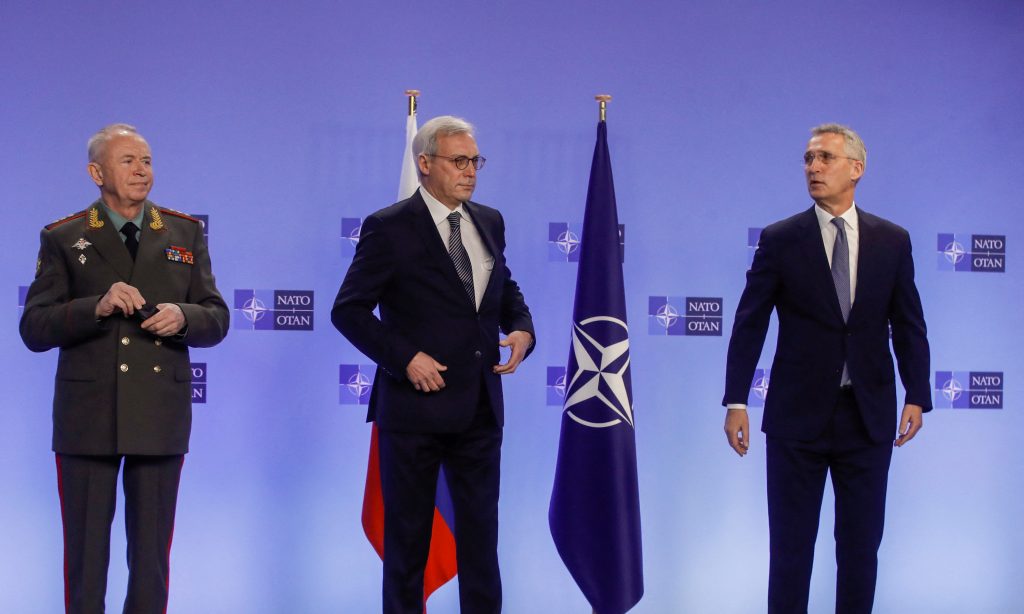 In the face of the Kremlin’s military pressure on Ukraine, the United States and European allies held firm last week in three rounds of discussions with Russia. As Jens Stoltenberg, NATO’s secretary-general, and US Deputy Secretary of State Wendy Sherman put it, NATO and the United States are willing to discuss military transparency and arms-control measures such as reciprocal limits on missiles and military exercises.

But they didn’t yield to the Kremlin’s principal demands. There will be no promise to end NATO enlargement, no cut-off of military cooperation with Ukraine, and no reductions of US troop levels in NATO members such as Poland.

The United States and Europe showed consistency of principle, steadiness and solidarity. But the western allies made no apparent progress in getting the Kremlin to stand down from its threats of new aggression. Now what?

Initial Russian reaction to the talks has been chilly. Sergei Ryabkov, deputy foreign minister, warned that there was no basis for new meetings with the United States. The Russian military build-up against Ukraine continues. And the Kremlin is hinting at escalation. Ryabkov refused to rule out deployment of Russian military assets to Cuba or Venezuela. According to media reports from Stockholm, Russia is sending naval units to the Baltic Sea and the Swedish military is increasing patrols there.

We shouldn’t be surprised. Vladimir Putin initiated this crisis out of nothing, seeking leverage through intimidation and counting on European disunity and US distraction after the chaotic withdrawal from Afghanistan. It is too much to expect that one week of allied unity would cause him to back down.

The United States and Europe have prepared powerful countermeasures, should Russia launch fresh attacks on Ukraine: new military equipment to Ukraine, US and other deployments to NATO’s eastern flank countries, broader sanctions and other economic measures. But the US has also indicated that it will hold back on these steps until and unless the Kremlin acts. This offers Putin an opportunity to continue to apply pressure, looking to wear down western resistance to the Kremlin’s demands. Moscow could launch cyberattacks or limited military actions against Ukraine, testing NATO and US resolve and Ukrainian resilience. The next weeks could see a ramp-up of Kremlin threats and even aggression.

The United States and Europe are nevertheless well placed to prevail in this standoff if they keep up their determination and strength under pressure. As during the Cold War, the Kremlin has the tactical advantage of being able to threaten and bluster at will. But, as we also learned in the Cold War, domestic tyranny keeps Russia economically weak, politically brittle, and ultimately unable to sustain a prolonged confrontation with the United States and Europe. At home, Putin has all the guns. But Russian society does not seem enthusiastic about a long war against Ukraine. Launching one would be a risky roll of the dice for Putin. If the Kremlin does so, or otherwise provokes the West sufficiently, it is likely to generate sustained counterpressure that will end badly for it.

The United States and Europe need to keep framing the issues the right way: resist the temptation to respond to threats with concessions, and maintain a willingness to discuss European security in a way that benefits all, not just Moscow.

One Kremlin trap to avoid is to talk about NATO as if its enlargement is aggression for which Moscow must be compensated. There was no US promise not to enlarge NATO. By contrast, there was a formal Russian commitment to respect Ukraine’s territorial integrity, the Budapest Memorandum of 1994, violated when the Kremlin seized Ukrainian territory in 2014.

NATO’s enlargement occurred in parallel with the development of a NATO-Russia entente in the era of Boris Yeltsin and the Clinton administration. From the outset, the United States and NATO have been ready to discuss Russia’s military security as NATO took in new members and honored commitments limiting its deployments in Europe. Putin hates the core meaning of NATO and European Union enlargement: the collapse of the Iron Curtain and the Soviet Union, and in their place a united Europe, with 100 million Europeans between Germany and Russia free to join their western European brethren. Ukrainians saw the advances in liberty and prosperity to their west and, understandably, want some of that for themselves.

Russian Foreign Minister Sergei Lavrov gave away the game when he called the nations liberated by the fall of communism in 1989 and the end of the Soviet Union in 1991 not liberated, sovereign countries but orphaned or masterless “territories.” Putin wants the empire back. He wants to reverse the end of the Cold War and reclaim Moscow’s sphere of domination.

The United States and Europe should have no part of this. They should be patient, determined, and respond firmly to provocations. Then the Kremlin just might find a way to move from ultimatums to a more productive discussion of European security, perhaps re-establishing arms-control, transparency, and stabilization measures that the Kremlin has ignored, violated, or denigrated in recent years. There is a way ahead, but the coming weeks could be rough.

A version of this article originally appeared in the Financial Times and is republished here with the FT’s permission. 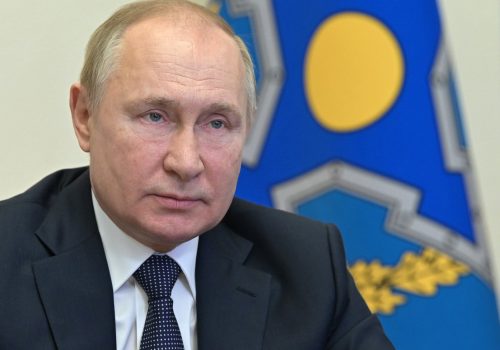 FAST THINKING: A big week of diplomacy with Russia is over. What’s Putin’s next move?

Is war in Europe more likely after this week's diplomatic flurry? Our experts weigh in on what to expect next. 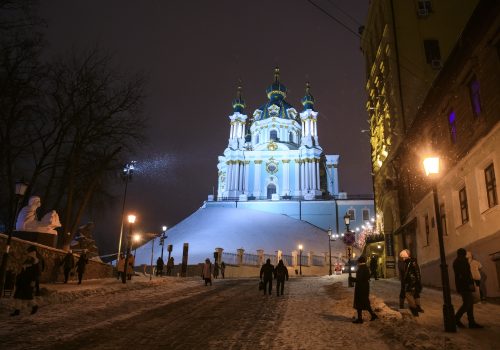 The threat of a full-scale Russian invasion and the prospect of a major political scandal sparked by the arrest of former president Petro Poroshenko have failed to induce panic among the hardy crisis veterans of Kyiv. 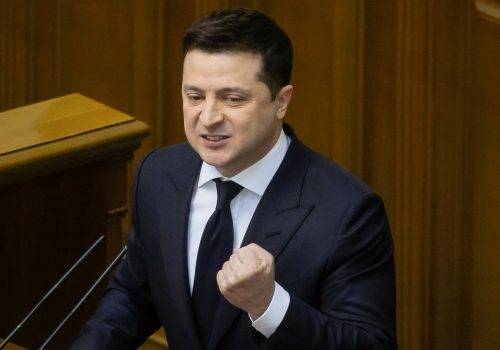 Top Ukrainian official: Get the presidents of Ukraine, Russia, and the US together