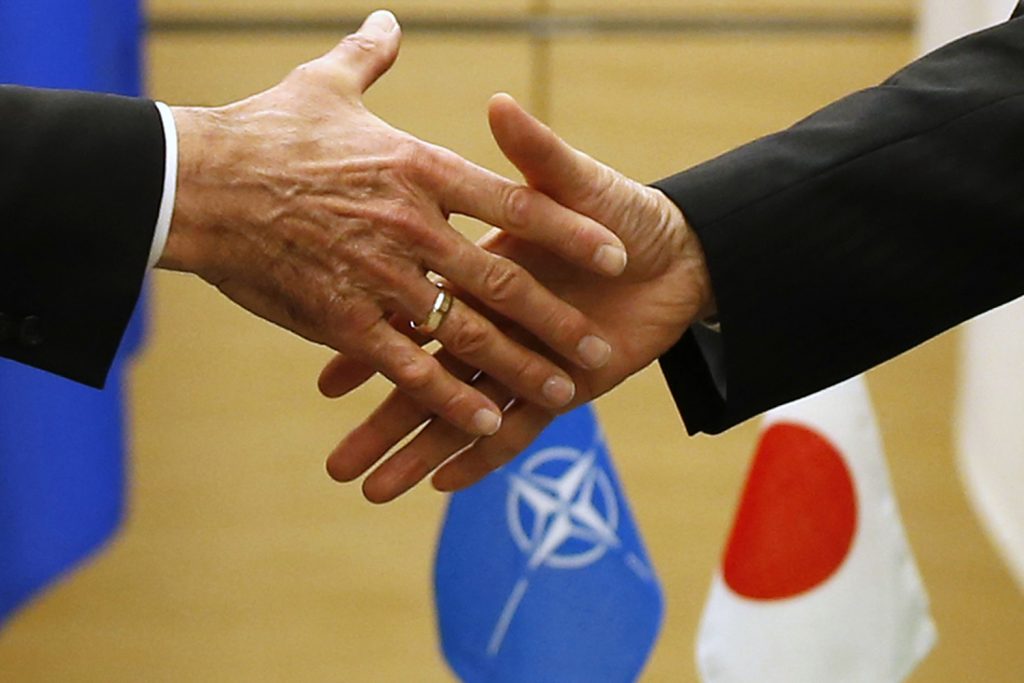 NATO’s Asia-Pacific partner countries—Australia, Japan, New Zealand, and the Republic of Korea—are easily among the Alliance’s most undervalued assets. All four are established democracies that share NATO’s values and have contributed to NATO initiatives. Japan, the Republic of Korea, and Australia are also US treaty partners and boast some of the world’s most sophisticated militaries—outmatching those of the vast majority of NATO allies—according to global military rankings. Although NATO and these partners have developed their relations over the past two decades, various constraints have limited the ambition and potential of these relationships. A recent report from a group of experts, charged by NATO Secretary General Jens Stoltenberg with identifying ways to strengthen the Alliance for the future, could lead to a change in this status quo.

The report calls on NATO to devote increased attention and resources to the security challenges posed by China—a relatively new focus for the Alliance—in part through deepened consultation and cooperation with its Asia-Pacific partner countries. Engagement between NATO and these partners on China is certainly important, but the increased attention paid in this context toward the Asia-Pacific partners also serves as an opportunity for both NATO and these countries to assess—and where possible address—the constraints that have thus far limited their relations. Doing so would enable NATO and its Asia-Pacific partners to maximize the potential of these partnerships going forward—both in regard to China and more broadly.

The constraints from NATO’s side include its partnership program, which poses particular challenges for the Asia-Pacific partners. These partners belong to a catch-all “Global Partners” designation created for countries falling outside of NATO’s formalized, regionally based partnership categories: Partnership for Peace, Mediterranean Dialogue, and Istanbul Cooperation Initiative. NATO has not made space for meaningfully engaging Global Partners in the partnership activities that it offers, which are geared toward the needs and interests of the countries in these formalized partnership categories. Most partnership activities are also held in Europe, limiting their accessibility to countries in the Asia-Pacific. Increasing resources for NATO’s partnership program, as recommended in the expert-group report, could help with these problems, but first the problems must be recognized and solutions to address them prioritized.

NATO military exercises present a similar issue; although many are open to Global Partners, they are also largely held in Europe. Expanding formal NATO military exercises to other geographic areas more readily accessible to Asia-Pacific partners—like the Indian Ocean—would require endorsement by the NATO Military Committee and approval by the North Atlantic Council. Such hurdles have thus far been too high for an organization whose decisions are made on the basis of consensus among thirty countries. A less formal option, such as a smaller, ally-led exercise under a NATO flag, would still require Military Committee approval but presents a somewhat lower bar to entry. More feasible still may be sending NATO observers to exercises held by Asia-Pacific partners. Such an option may provide a useful starting point from which to build momentum for addressing the accessibility aspect of military exercises more thoroughly.

The hurdle of consensus for military exercises highlights a deeper problem for relations between NATO and its Asia-Pacific partners. Despite NATO’s outreach to and articulated support for these partners, and despite general acknowledgement of the significance of the broader region in which they are located, there has been no agreement among allies on the priority of the Asia-Pacific Global Partners for NATO. That’s the case even though these countries make up the largest regional group within the Global Partners category. NATO allies have been split on their level of ambition vis-à-vis the Global Partners writ large since the category emerged, with divisions breaking along intra-Alliance fault lines between more globally oriented allies, like the United States, and those favoring NATO’s traditional transatlantic character, like France. Russia’s 2014 invasion of Ukraine, which underscored the continued importance of European territorial defense, added to the divisions among allies regarding Global Partners. If the emphasis on Asia-Pacific partner countries in the expert-group report is to find fertile ground rather than bumping up against these obstacles, it may be necessary to lay additional political groundwork within NATO.

The lack of consensus within NATO on the Asia-Pacific partners has also hampered the Alliance’s ability to craft a strategic approach to these partnerships, resulting in a largely tactical one instead. NATO has established the administrative and political frameworks necessary to formalize its “bilateral” relationship with each of the Asia-Pacific partners, including by finalizing Individual Partnership and Cooperation Programme agreements, approving national staff contributions to NATO headquarters and satellite installations, and facilitating exchanges of visits between high-level officials. The Alliance and its Asia-Pacific partners have also undertaken operational cooperation on issues like piracy and the war in Afghanistan. NATO has made uneven progress, however, in deepening and further developing the potential of its individual relationships with these countries, which have progressed largely on an ad-hoc basis. The Alliance has also lacked a strategy for harnessing the potential of the Asia-Pacific partners as a group, instead favoring a hub-and-spokes approach.

NATO is not alone in these shortcomings; the Asia-Pacific partners all have various individual constraints on their relations with NATO. In a recent paper for the Japan Institute of International Affairs, I discuss examples from Japan-NATO relations. Although further research on the other partners is warranted, some of the basic issues facing Japan—personnel shortages, competing priorities, and only a nascent strategic vision for relations with NATO—are mirrored in other Asia-Pacific partner countries. The Asia-Pacific partners have also failed to take adequate advantage of coordination with one another as a tool for advocacy with NATO. Such coordination could amplify a regional voice in NATO and be a more effective method of championing issues and activities relevant to the region than the efforts of any single country. The partners, however, would first need to determine jointly any shared goals and interests regarding NATO, as well as potential areas of contention.

If NATO and its Asia-Pacific partners do undertake dialogue and consultation on China, as recommended in the expert-group report, they should pair this move with the broader strategic thinking about their relations that has so far been missing. NATO should determine what it wants going forward from its relations with these partners—both the individual countries and the regional group—including an order of priority and a timeline for action. Even if NATO’s resulting approach is relatively modest, reflecting the differing preferences of key allies, it will still provide the greater clarity needed to focus NATO efforts and resources. The Asia-Pacific partners should individually make similar determinations regarding NATO and should also consult with each other as a group.  Such actions by NATO and its Asia-Pacific partners will not only help them identify how they can best work together to address the security challenges associated with China’s rise, but also improve the overall health of their relations.

There is, moreover, an important benefit to such actions in terms of the message they would send to China and others in the region. A more holistic and strategic approach to relations between NATO and the Asia-Pacific partners would substantiate the view that NATO’s increased engagement on China is part of a natural evolution of its relationships in the Asia-Pacific, rather than just a thumb in China’s eye. China may still bristle at NATO’s moves, but it will have a harder time seizing the narrative.

A concerted effort from both sides will be necessary if NATO and its Asia-Pacific partners are to address the constraints between them and maximize the potential of their relations. Fortunately, there is still time to undertake such an effort. Along with the expert-group report, Stoltenberg is continuing to gather other input on planning for NATO’s future that he will distill at a summit later this year. The recommendations made at this summit will likely be in broad strokes and the subsequent process of implementation, during which NATO will need to work out the details, will provide a longer timeframe for planning and action. The Asia-Pacific partners and advocates of NATO’s engagement with these countries should take full advantage of this period.

How to renew the purpose of the US-ROK alliance