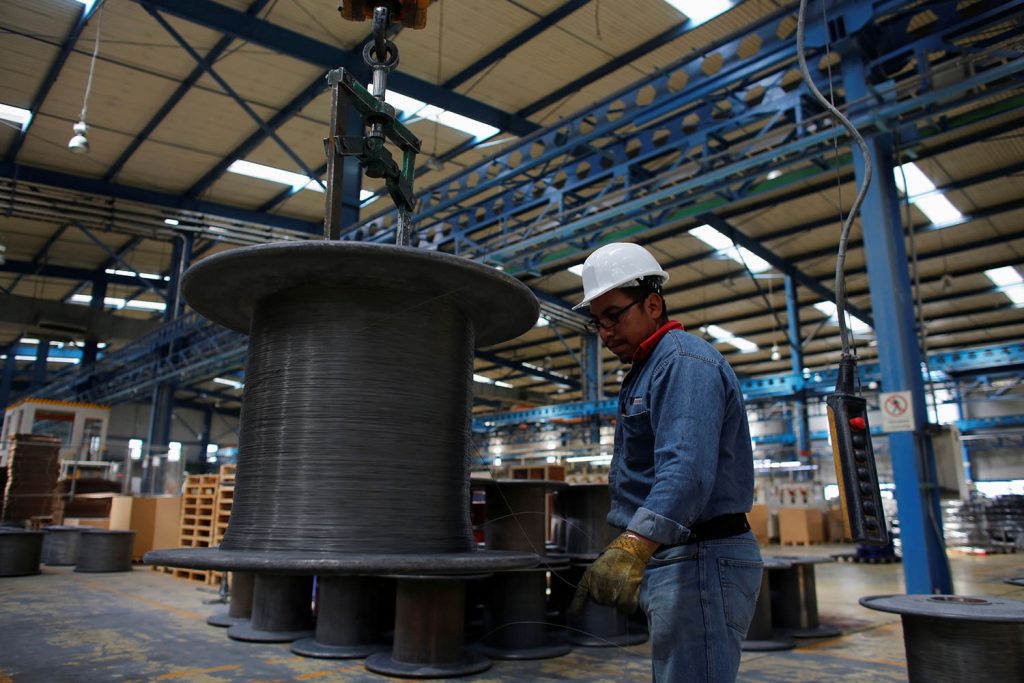 The United States-Mexico-Canada trade agreement (USMCA) will “clearly be an incredible boost” to the Mexican economy at a time when global trade uncertainty threatens to dampen growth prospects around the world, Mexican Secretary of Finance Arturo Herrera said at the Atlantic Council on October 18.

The USMCA, signed by US President Donald J. Trump, Canadian Prime Minister Justin Trudeau, and former Mexican President Enrique Peña Nieto in November 2018, is an updated version of the North American Free Trade Agreement (NAFTA) including new provisions on intellectual property, the dairy, auto, steel, and aluminum industries, and environmental and labor protections. The agreement must still be ratified by all three countries, however, and Democrats in the United States have been in negotiations with US Trade Representative Robert Lighthizer for months over their concerns on enforcement, drug prices, and labor and environmental standards.

Chances for ratification in the United States soared on October 17, when Mexican President Andrés Manuel López Obrador sent a letter to US Democrats promising to fully enact a series of labor reforms mandated in the agreement, alleviating a key area of concern for the Democrats. US Representative Henry Cuellar (D-TX), who joined Herrera at the Atlantic Council in a conversation moderated by former CNN global affairs correspondent and Walsh School of Foreign Service journalist-in-residence Elise Labott, said that he is “very optimistic that we will have a successful vote this year and get it done.”

The pending USMCA comes at a critical time for Mexico, according to Herrera, as the country attempts to jumpstart an economy that has grown more slowly than many of its regional neighbors in recent years. “We need to grow faster, and we need to grow in a much more equitable way,” the finance secretary explained, noting the vast gap between the rich areas of Mexico City and impoverished rural areas.

“One of the biggest challenges,” Herrera said, is that Mexico has “one of the lowest public investment rates in Latin America,” meaning that “most by far of the investment is done by the private sector.” This dependence on companies to drive growth is a primary reason why the USMCA will be so critical for the Mexican economy. “In the short term in order for Mexico to grow we need the private sector [to be] confident in the economy and that requires a stable macro environment, low inflation, predictable policies, and a dynamic financial sector,” Herrera argued.

At a time when businesses are increasingly uncertain about the trajectory of trading relationships around the world, solidifying an agreement between the North American economies should trigger extensive investment in the region, Herrera said. Cuellar agreed, noting that businesses “want to have certainty and the worst thing you could do to the business [community] is have them wonder what is going to happen today [or] tomorrow.”

While House Democrats continue to push for stronger provisions in the agreement, Cuellar argued that there are only three legitimate options for US lawmakers to choose from. The first is getting out of NAFTA completely, which Cuellar noted is a nonstarter for most Democrats and Republicans. The second, staying in the existing NAFTA, is acceptable but forgoes many of the tangible advances made in the USMCA, the congressman argued. By ratifying the USMCA, however, “you get a better NAFTA, you improve it…and therefore you have a map and guidelines” for businesses that will increase confidence and spur investment, Cuellar maintained.

Should the United States fail to capitalize on the USMCA opportunity, Cuellar warned “a vacuum will be filled,” by other powers looking to expand their influence in the region, namely China. He noted the vast economic inroads China has made in South and Central America as evidence of what could happen if the United States attempts to cut its links with the region. “The last thing we want is our neighbors to the south to have all this Chinese investment,” he argued.

But even in the absence of this potential competitor, the United States should continue to pursue policies and trade that help bolster the economic position of its southern neighbor, Cuellar said. “Mexico is a very important ally,” he explained, and “it too is in our own interest” to have “a strong and prosperous neighbor to our north and a strong prosperous neighbor to our south.”

Upcoming ratification of the USMCA by all three countries could help spark more investment and solidify business certainty throughout the whole region, Herrera and Cuellar maintained, helping to unleash the economic potential of Mexico and the whole region.

Back to the future on trade with the USMCA

just like today, House Democrats in 2007 sought changes to pending agreements in their provisions on labor, environment, and intellectual property protections for pharmaceutical products.

USMCA’s road to passage is bumpy, but its promised stability is sorely needed

With tariffs lifted, the future looks bright for the North American trade deal