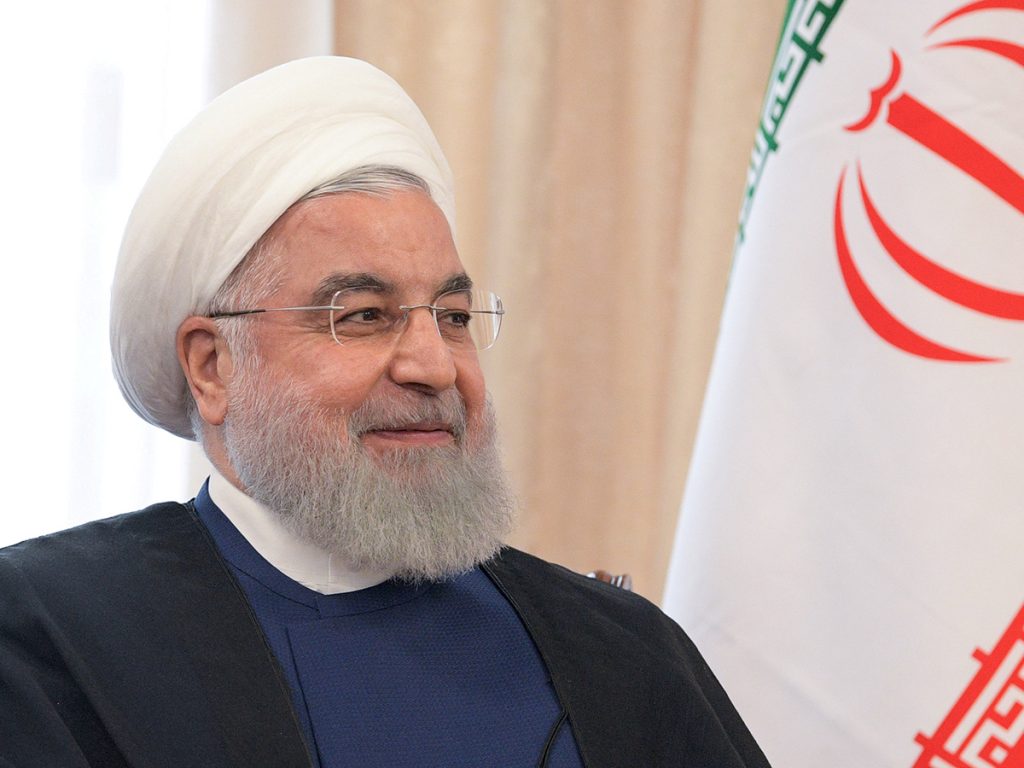 The “Coalition of Hope” proposal that Iranian President Hassan Rouhani will lay out this week at the UN General Assembly (UNGA) is likely to suggest a full US withdrawal from the region and will try to absolve Iran of all culpability for the actions of its proxies. While the plan will be met with distrust by Saudi Arabia, the UAE, and Bahrain, breath will be held in Qatar, Oman, and Kuwait, who will understandably hope for a miraculous detente.

But credit should be given to Iran for proposing a solution, regardless of how outlandish it turns out to be. This means Iran may recognize that its attack on Abqaiq was an overstep and that the door is open for alternatives to war. Now we can exhale.

What this does not mean is that a solution is imminent. Iran’s recommendations will be disadvantageous to the United States. And any counter recommendations from Washingtion will equally disempower Iran. But this is the form that de-escalation takes when face must be saved.

The leaders of Iran and the United States will paint their participation in this back and forth as a noblesse oblige. It will fall to the international community to navigate the space for common ground, if any is to be found. While this takes place, the European Union should make it clear that any attacks by primes or proxies on either side will reduce EU advocacy for their position. The recent overture by the Houthis in Yemen could jumpstart the conversation and the United States should be willing to give them a second chance at talks after their nonsensical rebuffing of the State Department’s good faith attempt at backchannels.

The irrelevance of retaliation

Why is this potential transition to a paper clash important? Because whether or not the United States takes kinetic action against Iran’s network in retaliation for the Abqaiq attack, Iran will continue to direct attacks on its neighbors and US interests. Neither force nor restraint will impact this. Attacks will continue until the world holds Iran accountable for the thousand cuts it intends to inflict as the manifestation of its foreign policy. This will continue as long as Iran is granted plausible deniability and will continue regardless of US/Saudi retaliation or lack thereof.

The economic constraints placed on Iran will limit how long the regime can continue to fund this diffused battle using their proxies. But we’ve seen that local armed groups often find ways to fund themselves, whether via sympathizers or black-market business people who benefit from the chaos they create, illicit trafficking, or extortion of the local community.

So it would be naive to think that the network will stop fighting. Very likely the disparate proxy groups Iran funds will just take on a more nationalistic tone and continue to put their Iranian-provided weapons and training to use against our interests.

To date there has been no unified signal from the world to Iran that their thinly veiled plots to disrupt global shipping lanes and world energy markets, to overthrow neighboring governments, to arm militias that kill civilians, and to plan bomb attacks in places like Kenya and France are unacceptable and must stop.

The international community gives Iran a pass, with an argument that boils down to “sanctions justify violence.”  The United States and Saudi Arabia must convince Europe that violence against tankers and world energy infrastructure and civilians is not an acceptable response. Problematically, the United States and Saudi Arabia suffer from a deficit in messaging credibility.

Any escalatory action taken by the United States and Saudi Arabia without the support of a larger cohort of nations will be met with international condemnation. The Iranian regime will point to it as justification for continued attacks. The Iranian people will rally behind the unpopular regime out of simple nationalistic indignation.

All the open source proof the United States and Saudi Arabia can present at UNGA will not convince the rest of the world that Iran should be pressed to stop the regular attacks. It’s strategic communications 101; the messenger must be credible in the eyes of the audience.  The credible messengers here are the dozen or more countries on whose sovereign territory the Islamic Revolutionary Guard Corps (IRGC) has plotted or executed terrorist acts.

An emergency session should be called at UNGA. Every country—in Africa, in Asia, in Europe—that has suffered from IRGC and Quds Force activity in their homeland should make a statement. Where a country is not inclined to do so, other countries should present what their intelligence services know.

The whole is greater than the sum of its parts and this activity should be collectively addressed. One attack can be dismissed. A foreign policy based on such attacks is a problem both immediately and as a model. Indulging it sets a new norm. Unless the world is prepared to excuse ongoing asymmetric assaults on its economic backbone and its diplomats from Iran or others who learn from it, it’s time to name and shame.