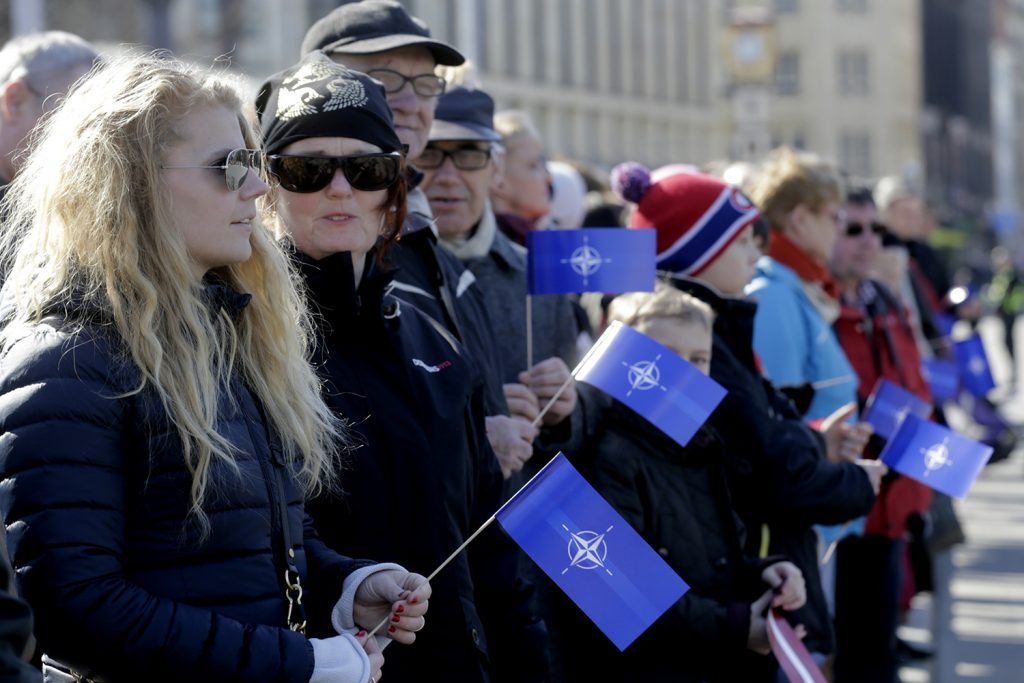 The three Baltic countries of Northern Europe have long been allies of the United States and valued members of the NATO community. In the 20th century, the United States refused to recognize the Soviet Union’s claim on Latvia, Lithuania, and Estonia and supported the restoration of their independence in 1991. Our Baltic friends never forgot this important solidarity, and since then have promoted democracy and stability in their corner of Europe and worked diligently to attain membership in NATO and the EU community through systemic reforms to their economy, governance, and security. Rightfully so, the Baltics saw their integration into Euro-Atlantic institutions as an important deterrent to Russian influence, which continues to loom as a regional threat to their sovereignty and national security.

These threats have only escalated since Russia’s invasion of Georgia in 2008 and the annexation of Crimea from Ukraine in 2014. In this context, it is vital that the United States firmly recommit to NATO and increase its support of the Baltic countries to ensure the continuation of strong bilateral relations and the effective partnerships that have strengthened the entire transatlantic community.

Membership in NATO, a long-time aspiration for the Baltics, required that they undergo robust changes, and the subsequent reform process served as a key element for strengthening bilateral relations with the United States and a foundational pillar of transatlantic security. Since their accession in 2004, Latvia, Lithuania, and Estonia have been responsible members of, and active contributors to, the NATO alliance. Despite the size of their national military forces, each country has actively supported regional security in Europe and participated in global NATO activities, including contributing troops to missions in Afghanistan. By 2019, all three countries increased their defense spending to the recommended two percent of their overall national budgets.

This upwards trajectory has resulted in vital support from the international community. At the 2016 NATO Summit in Warsaw, Poland, NATO reaffirmed its support for the Baltics by introducing Enhanced Forward Presence (eFP) units to all three Baltic states as well as Poland. NATO also now provides fighter aircraft to the Baltics, which have been increased following the 2014 Russian invasion of Ukraine.

Unfortunately, the non-permanent nature of these programs is not sufficient to guarantee the full military capabilities of the Baltics nor to bring peace of mind to its citizens. Given increased Russian presence in the region, each country must rely heavily on the collective defense agreement of the North Atlantic Treaty if it hopes to stand a chance against foreign interference. The United States together with its European partners and the international community must do more to prevent such foreign interference and ensure that the Baltic states are fully equipped with the tools and support structures that underpin their security.

To date, the United States has demonstrated its support for the Baltic region through the US-Baltic Charter, an alliance of values among the countries signed in 1998. The signatories agreed to a shared vision “of a peaceful and increasingly integrated Europe, free of divisions, dedicated to democracy, the rule of law, free markets, and respect for the human rights and fundamental freedoms of all people.” The Charter’s emphasis on the vitality of independence and territorial integrity established grounds for a prosperous partnership and paved the way for Baltic integration into NATO. It provides an established path to follow for re-engaging with our allies and strengthening this vital transatlantic partnership. Perhaps even more so than in any recent year, this mission remains relevant and timely.

Latvia, Lithuania, and Estonia have strongly demonstrated their dedication to the transatlantic alliance and have worked diligently to implement systematic reforms on a variety of shared concerns ranging from energy security, transparency, and economic vitality.

It is therefore highly unfortunate to witness recent statements and actions taken by US President Donald Trump that do not appear to recognize these important achievements nor the Baltics’ role as vital allies. Recent public comments by the president and in private conversations reported by former National Security Advisor John Bolton indicate that rather than strengthening and appreciating the value of the NATO Alliance, if elected to a second term, President Trump may wish to pull the United States out of the North Atlantic Treaty. This has not gone unnoticed by our European friends. A recent New York Times article notes analysis by the Atlantic Council’s Jorge Benitez that some European officials “see the escalation of negative steps, and they are definitely concerned that that negative pattern could continue if Trump is re-elected.” This concern is not only worrying to Europeans but also to many leaders in the US Congress. Senator Jeanne Shaheen (D-NH), a senior member of the Senate Committee on Foreign Relations warned in the same article that “withdrawing from NATO would be nothing short of catastrophic.”

The United States has profound interests in maintaining NATO and the sovereignty and security of the Baltic region. Now is the time for the United States to rise to this leadership role by deepening our commitment to NATO and supporting the Baltic countries to foster a strong and united transatlantic community. There exists today the opportunity to work on a new US-Baltic Charter to address today’s challenges. These could include promoting democracy, free and fair elections, and freedom of the press in the region; combating disinformation; expanding bilateral trade and investment between the United States and the Baltics; and supporting nations that wish to join the Euro-Atlantic family. Just as in 1991, a show of solidarity by the United States can help strengthen and protect the Baltic States, allowing them to continue to grow and faithfully contribute to the transatlantic community.

Sally A. Painter is chief operating officer of Blue Star Strategies, LLC, an Atlantic Council board director, and a senior adviser to the Atlantic Council’s Future Europe Initiative.