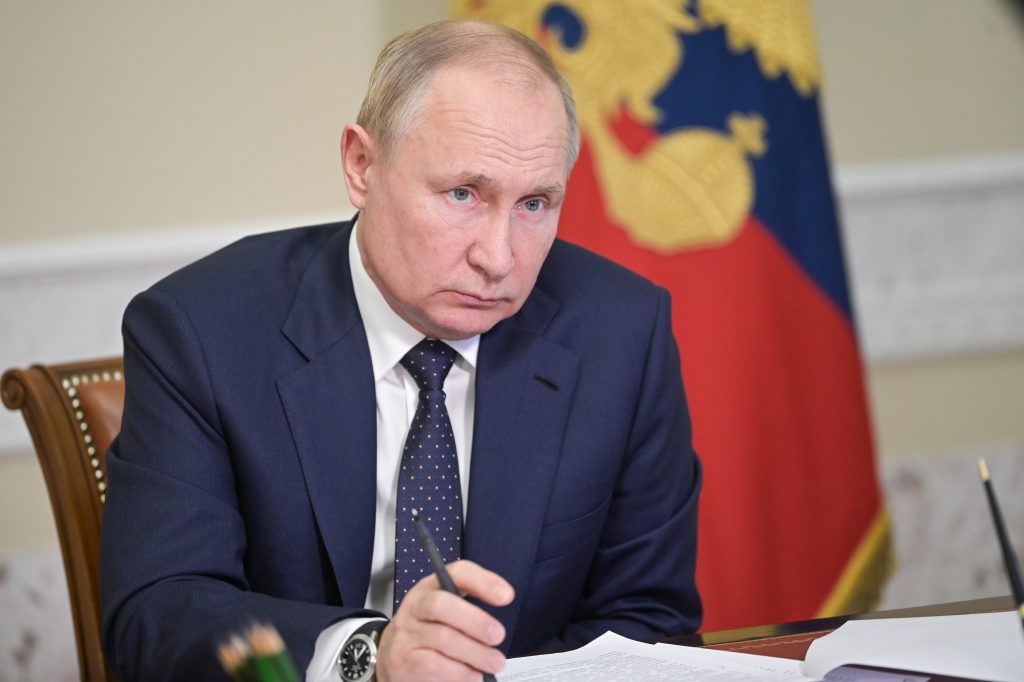 A recent Washington Post op-ed warned that the US should respect Russia’s “red lines” on Ukraine lest it trigger not only a wider conflict in Europe but also war with China over Taiwan. Allegedly this stance is dictated by “realism,” a doctrine fashionable among some academics and much of the foreign policy “blob” in Washington DC, to quote Ben Rhodes’s term.

Unfortunately, this recommendation is neither realistic nor factually grounded in geopolitical actuality. Russia’s recent military buildup, ultimatums, and threats do not target Ukraine alone but rather European security as such.

Russian President Vladimir Putin goes further than claiming that Ukraine is part of Russia’s sphere of influence. He insists, on a wholly fabricated basis, that Ukraine is indivisible from Russia itself and can only enjoy “true sovereignty” in partnership with Russia. Indeed, he believes today’s independent Ukraine is an “anti-Russian project.”

Putin has twice before tried to take over Ukraine, in 2004 via the ballot box and then by force in 2014. This latest crisis represents his third effort to undermine Ukrainian independence. However, the current threat extends beyond Ukraine.

Anyone paying attention to Russian diplomacy over the past three decades would recognize that the Russian government does not accept as settled points of international law the territorial integrity and sovereignty of any of the states which gained their freedom after 1989, whether they were members of the Warsaw Pact or the USSR.

Illustrating this stance, the Kremlin will not permit Ukraine to participate in upcoming talks between Moscow and Washington concerning the “security guarantees” Putin now demands. In other words, Russia still rejects the idea that Ukraine is a fully sovereign state.

Respecting Russia’s artificially drawn red lines with regard to Ukraine will only increase the risk of a wider war in Europe. It is no accident that President Ninisto of non-aligned Finland recently felt obligated to warn Russia that NATO membership is a viable and legitimate Finnish option. Ninisto quoted Henry Kissinger that whenever avoidance of war has been the primary objective of a group of powers, the international system has been at the mercy of its most ruthless member.

Warnings about the possible consequences for Taiwan of Western policy towards Ukraine also lack credibility. While China is undoubtedly watching the European crisis closely, it has already stated its support for Russian attempts to blackmail the West with the threat of war.

Beijing’s claim that Taiwan is and has always been an integral part of China is a parallel manifestation of the imperial mythology it shares with Russia. Indeed, this common pathology is an integral attribute of their autocratic political systems.

Just as it is no surprise that every state between Germany and Russia seeks the protection of NATO membership, the same holds true in China’s neighborhood. If giving China what it wants would reduce regional tensions, why is it China and not Taiwan that has agitated every Asian government from Seoul to Delhi?

South Korea has thrown its support behind the US and its allies against Chinese threats. Meanwhile, Tokyo has ramped up defense spending, revised its defense strategy, and drawn closer to Washington and the Quad against growing Russo-Chinese threats towards Japan as well as Taiwan.

Calls for geopolitical realism often paradoxically end up championing unrealistic policies. The authors of this recent Washington Post op-ed claim to be promoting a practical approach but ultimately advocate for what amounts to policies of appeasement in both Europe and Asia.

In reality, Ukraine and NATO are not threats to Russia. Instead, they represent an existential challenge to Putin’s imperialistic ideology centered around anachronistic notions of autocracy.

Accepting Moscow and Beijing’s red lines not only entails dismembering democracies. It would also consign tens of millions of people who staunchly oppose this encroaching authoritarianism to the tender mercies of a Russia that seems intent on resurrecting the imperial past.

In China’s case, Beijing demands the reincorporation of Taiwan while repressing Hong Kong, conducting a genocide among its own citizens, the Uighurs, and threatening its neighbors in the South China Sea and Tajikistan.

Surrendering either Ukraine or Taiwan will not buy peace. Far from it, in fact. Any attempt to appease the authoritarian regimes in Moscow and Beijing would be a dangerous betrayal of Western interests and values that would only serve to invite bolder acts of aggression against a much more enfeebled West. Surrender and appeasement should not be confused with realism. Instead, realism should be made of far sterner stuff.

Debunking the myth of a divided Ukraine

Russia’s attempts to promote the false narrative of an artificial and divided Ukraine are a central element of the Kremlin’s ongoing campaign of imperial aggression against the country.