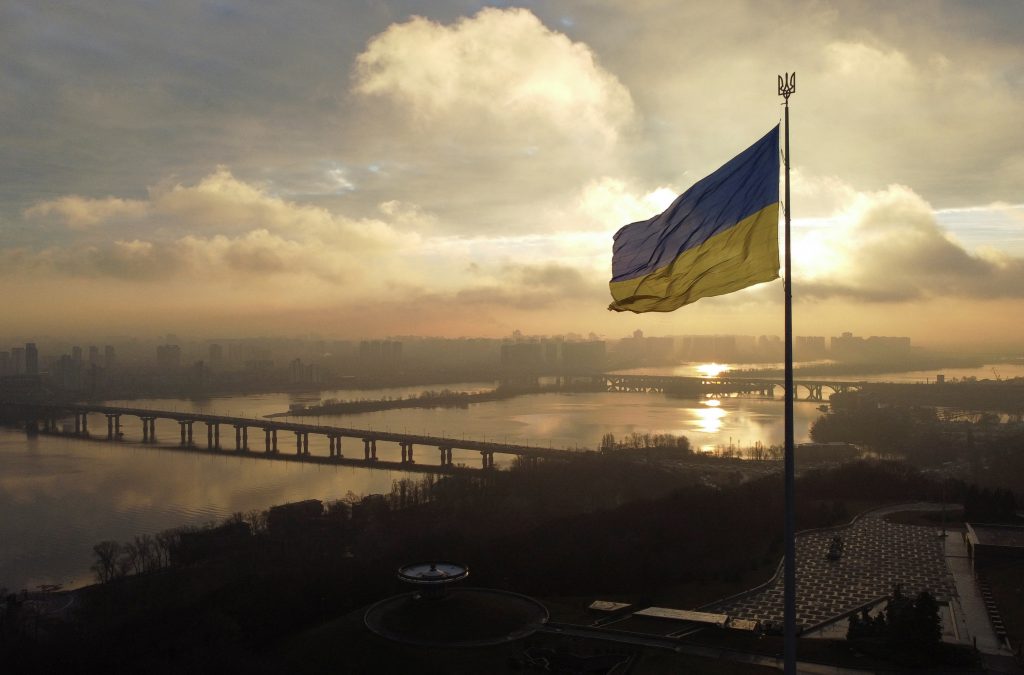 In recent months, Ukraine has found itself back in the global spotlight amid a fresh bout of Kremlin saber-rattling that has sparked fears of a full-scale Russian invasion. As has often been the case throughout the past eight years of undeclared war between Russia and Ukraine, this sudden spike in interest has been accompanied by all manner of bad takes that reflect the many layers of disinformation which continue to hamper a better international understanding of contemporary Ukraine.

This is no accident. Historically by far the largest captive nation in Europe, Ukraine has for centuries been the target of deliberate distortions and imperial propaganda aimed at diminishing the country’s claims to statehood.

The legacy of this era has helped make modern Ukraine arguably Europe’s most misunderstood nation. It has also left the country uniquely vulnerable to Russian information warfare, with poorly informed outside audiences seemingly willing to accept all manner of fraudulent narratives.

One of the most commonly encountered myths about today’s Ukraine is the notion that it is an artificially engineered and irrevocably divided state. For obvious reasons, this has long been a central theme of Kremlin propaganda, with Russian President Vladimir Putin a particularly prominent proponent.

The thesis of a divided Ukraine has also been accepted by a surprisingly large number of regional specialists within the international community, many of whom still adhere to a highly Moscow-centric view of the former Soviet empire. As a consequence, it regularly features in media coverage of the current conflict.

This flawed understanding of Ukraine’s complex nation-building process has helped fuel a range of dangerous misconceptions regarding the ongoing Russo-Ukrainian War. A recent essay by former US Ambassador to the Soviet Union Jack F. Matlock is a good example of this trend that serves to illustrate the problems arising from a reliance on the false premise of Ukraine’s inherent disunity.

Entitled “Ukraine: Tragedy of a Divided Nation,” Matlock’s essay certainly pulls no punches. “The fact is, Ukraine is a state but not yet a nation,” the author declares in an early paragraph. “From its inception as an internationally recognized independent state, Ukraine has been deeply divided along linguistic and cultural lines,” he states.

These claims directly echo official Russian positions and set the tone for the rest of the article, which includes a Kremlin-friendly account of Ukraine’s 2013-14 revolution and the subsequent outbreak of hostilities with Russia. Glaring inaccuracies include a frankly absurd attempt to portray the 2014 Russian military takeover of Crimea as a locally-led initiative, despite the fact that Putin himself admitted in 2015 to masterminding the entire operation.

Matlock concludes that Ukraine can only prosper if it establishes “reasonably close and civil relations” with Russia, while granting equal rights to the country’s Russian-speaking citizens. Failure to do so, he warns, could leave Ukraine on a “suicidal course.”

Like many apologists for Russian imperialism in Ukraine, Matlock’s argument rests on the idea that Ukraine is somehow not a real country and must therefore reconcile itself to the reality of partial sovereignty. In fact, Ukraine’s legitimacy as a nation is firmly rooted in European history and can be traced back to the emergence of the Kyiv Rus state in the tenth century.

While Ukrainians would have to wait until 1918 for a first taste of modern statehood, the concept of a Ukrainian nation had already been around for hundreds of years by that point, and was a familiar element of the European geopolitical landscape. Indeed, as long ago as 1731, French thinker Voltaire was moved to write, “Ukraine has always aspired to be free.”

Nor is there anything particularly unusual about the relatively recent appearance of Ukraine as an independent nation. On the contrary, Ukraine’s progress from nineteenth century national awakening to fleeting early twentieth century statehood and 1990s independence is entirely typical for the region. As Yale University history professor Timothy Snyder has argued at length, Ukraine’s modern nation-building experience matches perfectly with the broader trends evident elsewhere in Central and Eastern Europe.

While Ukraine’s 1918 statehood bid was to prove short-lived, virtually all of the new nation states that emerged in the neighborhood following the First World War would face a similar fate by the end of the interwar period. Ukraine, according to Snyder, was actually “hyper-typical” of the historical experience in the wider region. It was the rule rather than the exception.

Claims of an intrinsically divided Ukraine are equally flawed. Like many fellow advocates of the divided Ukraine narrative, Matlock reproduces various maps depicting the results of the country’s 2010 presidential election in order to indicate a sharp divide separating Ukraine into pro-Russian east and pro-European west. However, while voter patterns in 2010 did reveal clear regional preferences for the two leading candidates, this hardly makes Ukraine exceptional. Indeed, the electoral maps of numerous more mature democracies including Germany, Italy, the US and UK also regularly feature similarly pronounced geographical divides without provoking debate over their viability as nation states.

Crucially, Matlock ignores the outcomes of Ukraine’s two most recent presidential elections, which have both taken place following the onset of hostilities with Russia. Neither the 2014 nor the 2019 votes produced anything approaching an east-west divide. On both occasions, the winning candidate secured majorities in virtually every single region of the country. This is a strong indication that while political preferences and personal opinions may vary from region to region, Ukrainians are fundamentally united against existential threats to the nation.

These recent expressions of Ukrainian national unity via the ballot box are nothing new. Thirty years ago, the December 1991 referendum on Ukrainian independence was backed by commanding majorities in every region of Ukraine, producing an overall 90% landslide. Tellingly, this result stunned many in Moscow, who had confidently expected to see far less support for an independent Ukraine. Weeks later, the USSR ceased to exist.

There are also ample indications that Ukrainians are increasingly united over the country’s future direction. In the eight years since the outbreak of hostilities with Russia, support for Euro-Atlantic integration has surged while the number of Ukrainians favoring closer ties with Moscow has plummeted to record lows.

A December 2021 poll conducted by the Kyiv International Institute of Sociology found that among Ukrainians ready to participate in a referendum, 75.7% would back EU membership and 67.8% would support joining NATO. In other words, Ukraine is far more united on the issue of European integration than the likes of Brexit Britain, and considerably more enthusiastic about NATO than many of the alliance’s current members.

This is part of a broader geopolitical shift in Ukraine that has been underway since the country first regained independence in 1991. The changes taking place in Ukrainian society over the past thirty years reflect the dynamic nature of the country’s nation-building progress and mirror similar developments that were evident elsewhere in Central Europe during the first decade of the post-Cold War era.

The comparatively slow pace of Ukraine’s geopolitical transformation reflects the overwhelming weight of the country’s imperial inheritance. Nevertheless, as a new generation of Ukrainians have emerged from the Soviet shadows, the country has increasingly come to see its future as part of a democratic Europe.

Attempts to portray Ukraine as being hopelessly divided along linguistic lines are similarly misinformed. While the post-imperial transition from Russian to Ukrainian has frequently been exploited for political purposes, most Ukrainians are bilingual and both languages can be routinely encountered throughout the country on a daily basis.

Nor is linguistic choice in any way an indication of political preferences in contemporary Ukraine. While usage of Ukrainian is on the rise nationally, today’s Kyiv remains the largest Russian-speaking city in the world outside of Russia itself, yet nobody would suggest that it is anything other than a bastion of Ukrainian patriotism.

Even in predominantly Russian-speaking regions of Ukraine, opinion polls regularly demonstrate strong public backing for legislation supporting the status of Ukrainian as the country’s official state language. For example, a September 2020 survey conducted by the Democratic Initiatives Foundation and the Razumkov Center found that 65.2% in eastern Ukraine backed the use of Ukrainian in schools, while a similarly convincing majority of 62.7% felt that state officials should speak Ukrainian while conducting their duties.

The folly of equating language with politics was emphatically exposed in 2014, when Moscow’s efforts to seize control of southern and eastern Ukraine were derailed by unanticipated local opposition from Russian-speaking Ukrainian patriots, leaving the Kremlin with a relatively small foothold in Donetsk and Luhansk regions. This lesson has since been further underlined by the prominence of Russian-speaking Ukrainians within the ranks of the country’s armed forces serving in eastern Ukraine.

Even its most ardent supporters would recognize that modern Ukraine is a work in progress. For a country that experienced more than three hundred years of foreign domination and served as the epicenter of the totalitarian twentieth century, this is hardly surprising. At the same time, there is nothing particularly unusual about the political or linguistic diversity of today’s Ukraine, which echo similar trends elsewhere in a region profoundly shaped by the great upheavals of WWI and WWII.

The only thing that makes Ukraine in any way exceptional is the destructive role played by Russia. All the available evidence indicates that Ukraine’s internal differences of opinion would never had amounted to anything approaching armed conflict were it not for Russia’s direct intervention.

Russian attempts to promote false narratives of a divided Ukraine form a key part of Moscow’s ongoing campaign to undermine Ukrainian independence. Debunking this disinformation is an important step towards confronting the Kremlin and countering Vladimir Putin’s anachronistic imperial ambitions in Ukraine.