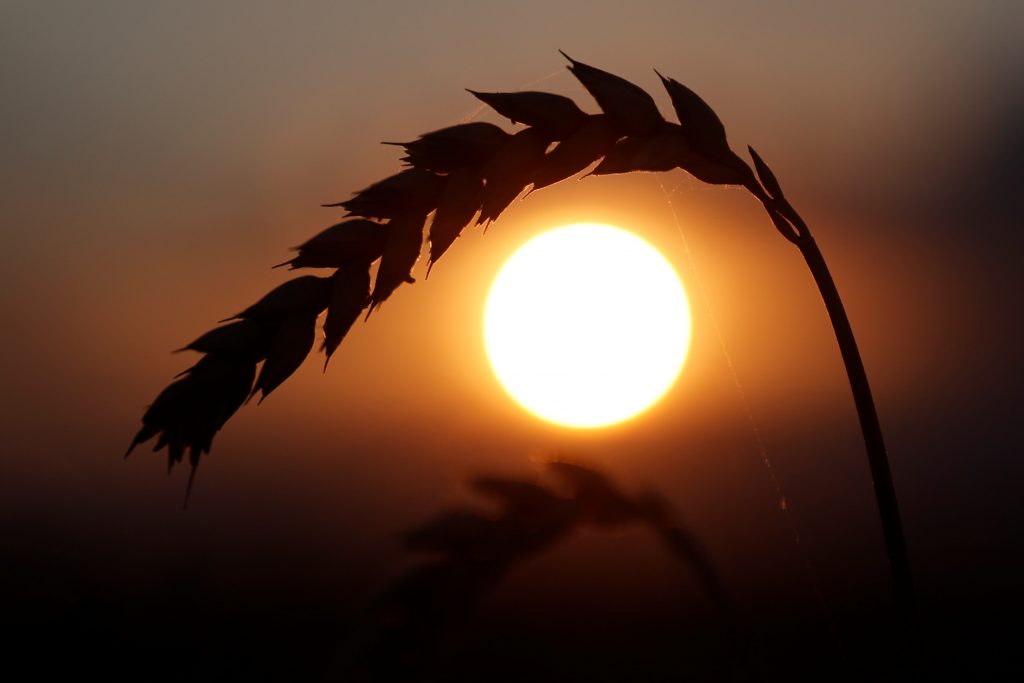 Last year was the hottest on record in the Ukrainian capital, according to data released in January 2021 by Ukraine’s Central Observatory. Overall, 36 different temperature records were broken in Kyiv during 2020, including 12 in March alone.

Remarkable climate data of this nature no longer has the power to shock as the reality of climate change becomes increasingly difficult to ignore. Indeed, 2020 was a record-breaking year of high temperatures for the whole of Europe. However, Ukraine’s role as an emerging agricultural superpower leaves the country particularly exposed to the negative impact of a changing environment.

Over the last few decades, the Kyiv climate has gradually migrated southwards. Winters have become milder and summers are now far warmer. The weather in the Ukrainian capital increasingly resembles Odesa in the middle of the twentieth century, without the benefit of Black Sea breezes.

This phenomenon is not restricted to Kyiv or the north of the country. The single most striking and alarming factor about the changing weather conditions in Ukraine during 2020 was the scarcity of rain. The Ukrainian agricultural industry relies heavily on rainfall, but rain was irregular throughout the past year and fell 8% below annual norms. Eastern and southern Ukraine registered the lowest rainfall last year, with the Donetk, Luhansk, and Mykolaiv regions particularly hard-hit.

The impact of these adverse conditions is striking. According to figures from Ukraine’s Ministry of Environmental Protection and Natural Resources, the country lost 570,000 hectares of winter crops due to prolonged droughts and unusually intense spring frosts. Further droughts during the spring and summer seasons resulted in additional losses including 200,000 hectares of corn and lower crop yields across the country.

This is threatening to undermine Ukraine’s status as one of the world’s leading agricultural exporters. During the 2019-2020 marketing season, Ukraine shipped 57 million tons of grain to international markets, representing around 16% of global grain exports. However, exports have fallen sharply year-on-year during the current season due to smaller harvests caused by severe drought conditions. By December 2020, grain exports were reportedly down by 16% compared to volumes for the same period one year earlier.

As climate change takes its toll on Ukrainian agriculture, the country’s Ministry of Environmental Protection is forecasting the further intensification and geographical spread of droughts. Officials also expect to see an increase in the areas prone to desertification.

While southern regions of the country slowly adapt to the lack of rainfall and develop sophisticated irrigation systems, droughts are now becoming an increasingly commonplace feature in the agricultural regions of northern and northeastern Ukraine, where such conditions were not previously an issue. Adaption and mitigation measures are vital in order to safeguard Ukraine’s position as a leading agricultural producer.

Less rainfall is only one of many negative consequences of climate change in Ukraine. Other features include soil erosion, changes in vegetation, disruption to crop rotation cycles, and the expansion of novel crop diseases and weeds. Addressing these challenges means putting in place a range of new practices and technologies.

Climate-smart agriculture can help increase productivity while enhancing resilience to extreme weather events and reducing greenhouse gas emissions. Meanwhile, combining irrigation and agricultural practices can produce a range of co-benefits for the water sector while promoting the development of agriculture based on more sustainable water management approaches. These and other solutions are likely to form the basis of Ukraine’s National Plan for Climate Change Adaptation, which is currently under preparation by the government.

The European Green Deal and the EU’s “From farm to fork” strategy offer further motivation for Ukraine to move gradually towards more sustainable agricultural practices. The European Union continues to revise and strengthen its environmental and food security standards, while plans are in place to triple the EU’s own organic agricultural production over the coming decade.

This should help to convince Ukrainian agricultural producers of the need to invest in climate-compatible upgrades in order to secure continued access to lucrative European Union markets. During the past few years, Ukraine has emerged among the top five agricultural exporters to the EU. In 2019, the country ranked as the number two supplier of organic products to EU consumers. Experts estimate that Ukraine has the potential to achieve a tenfold increase in organic food production during the coming years, with smaller yields compensated by higher market prices.

The rapidly growing organic segment is just one of many areas where Ukraine can expand its presence on EU agricultural markets. This makes compliance with the European Union’s environmental and food standards a long-term necessity for the country’s entire agricultural industry.

Ever since the days when Ukraine first earned itself a reputation as the breadbasket of Europe, agriculture has played a central role in the country’s national story. Today, the importance of farming to the wider Ukrainian economy has never been greater. In 2019, Ukraine’s agriculture sector generated around 9% of GDP.

There is room for considerable further growth. Recent years have seen a sharp rise in international investment into Ukraine’s agricultural infrastructure. Meanwhile, modernization efforts still have a long way to go and offer the promise of significant improvements in crop yields. In the decades to come, Ukraine has the potential to become a key player in global food security.

If Ukraine is to feed the world, it must first confront the huge challenges created by escalating climate change. The changing environment is a global issue that all countries need to address, but in Ukraine’s case, it is also a national economic priority.

Anna Ackermann is a board member at the Ecoaction Centre for Environmental Initiatives.