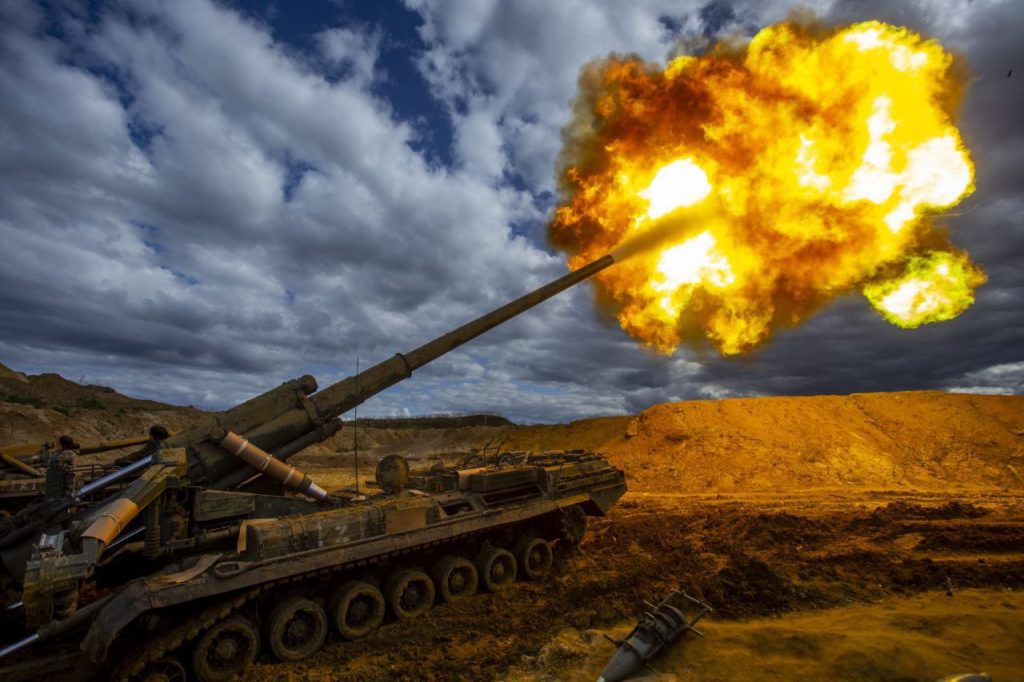 The notion that America and Europe should move forward in unison when dealing with Russia would make perfect sense in an ideal world. Unfortunately, today’s world is far from ideal. Furthermore, with the invasion of Ukraine now in its third month and millions of lives at risk, time is of the essence.

The geopolitical challenges of countering the Kremlin are complicated by the Putin regime’s success in penetrating national elites throughout Europe. It has taken a little over two decades for Vladimir Putin to evolve from international anonymity as an accidental president to today’s role as a global menace who wages war on his neighbors while threatening the wider world with nuclear apocalypse.

One of the keys to Putin’s success has been his ability to weaponize corruption. This has proven equally effective at home and abroad, with the Russian dictator and his cronies growing strong thanks to the greed, gullibility, and unscrupulous conduct of many highly-placed individuals and institutions within Western society.

The bitter fruits of this elite capture have been evident since the 2000s, with Putin crossing one red line after another only to offered repeated resets by the leaders of the democratic world. Rather than seeking to punish Russia or at least limit Putin’s influence, Europeans have queued up to do business with Moscow. This trend was perhaps most immediately apparent with the two Nord Stream gas pipelines, which were built specifically to bypass Ukraine and punish the country for its European choice.

The US desire to act in unison with Europe helped make Nord Stream I and Nord Stream II possible. More recently, this thinking has kept some Russian banks off the sanctions list despite their role in financing Putin’s military operation. Many observers believe the emphasis on consensus between America and Europe is one of the key reasons why sanctions are not currently tight enough and are failing to force a change in Russian policy.

During wartime, attempting to work in unison across a broad coalition of Western nations means leaving any coordinated response vulnerable to the weakest link. This plays directly into Putin’s hands. Instead, strength and decisiveness are desperately needed.

The current invasion of Ukraine marks the culmination of Russia’s long campaign to corrupt Europe. The EU condemns the war while at the same time sponsoring it. Russian soldiers are committing war crimes in Ukraine and Europe is sending Russia around one billion euros every day to finance Putin’s war machine. Meanwhile, European leaders protest that they cannot simply quit their Russian gas habit overnight as this would cause a recession.

The problem is not just Europe’s inability to take big steps but rather its unwillingness to consider smaller measures. These could include shutting down the Nord Stream I pipeline to make Russia dependent on the Ukrainian transit system for its gas exports to Europe. Similarly, the imposition of a special duty on Russian gas would help Ukraine. Germany could also put its decision to quit nuclear energy on hold. None of this is happening.

Europeans understand the necessity of difficult decisions in the energy sector but lack the political courage to take them. This is why American leadership in the current situation is so vital.

The US has already imposed unprecedented sanctions on Russia but can still go much further. Efforts to coordinate sanctions with Europe risk hampering this process. Instead, America could take a lead by targeting more Russian banks and seizing assets belonging to the Russian Federation. Tougher sanctions measures must be accompanied by clear messaging that there will be no return to business as usual until Russia not only ends the war but also fully compensates Ukraine for the destruction it has caused.

This last point is particularly important as many in Europe still seem to think the war in Ukraine will somehow eventually resolve itself. They appear to believe that Russia will achieve some of its goals and will propose a settlement that Ukraine will have to accept. At that point, everything will go back to normal and all the companies who left the Russian market will return.

It is up to the United States to leave both Russia and Europe in no doubt that this is not going to happen. Ukraine will not be forced to accept any peace deals against its will and there will be no business as usual with Vladimir Putin.

We are currently engulfed in the worst crisis since the end of the Cold War with the entire international security order under threat. Millions of lives hang in the balance. The outcome of the war in Ukraine will define the geopolitical climate for many years to come. This calls for the kind of leadership that only America is currently capable of providing.

Working with Europe where possible is clearly advantageous, but a desire to move in unison must not be allowed to slow down the historic steps that are so desperately needed. Instead, America should continue to lead and Europe will follow.

Olexander Scherba is Chief Advisor to the CEO of Naftogaz Ukraine. He is a former Ukrainian diplomat who served as Ukrainian Ambassador to Austria (2014-2021).

Beyond Putin: Russian imperialism is the No. 1 threat to global security

Many Western leaders accuse Vladimir Putin of single-handedly sparking the current war in Ukraine but in reality the roots of the conflict are far deeper and reflect longstanding Russian imperial attitudes toward Ukraine.