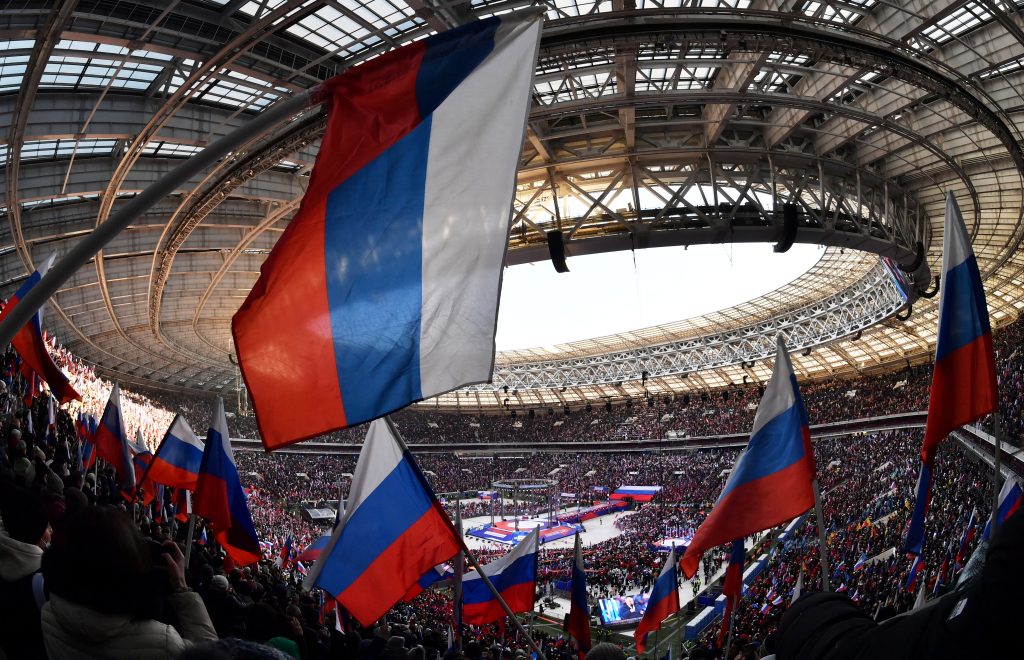 Since the invasion of Ukraine began two months ago, Western leaders including US President Joe Biden and German Chancellor Olaf Scholz have sought to place the blame exclusively on Vladimir Putin while absolving the Russian people. Such assertions may be politically convenient but they are also dangerously misleading. Far from dragging his reluctant compatriots into war, Putin is himself a symptom of the unapologetically imperialistic outlook that shapes modern Russia’s relationship with the outside world and fuels the country’s insatiable appetite for external aggression.

An understanding of Russia’s imperial instincts is essential for anyone looking to make sense of the seemingly senseless war crimes currently taking place in Ukraine. After all, it was not Putin who committed rape, torture, and mass murder in towns and villages across Ukraine. Putin did not fly the jets or fire the artillery that reduced entire Ukrainian cities to rubble. Likewise, he did not personally produce the endless stream of Russian propaganda films, TV shows, fake news bulletins, and social media posts dehumanizing Ukrainians and demonizing the West. These crimes were only possible thanks to the millions of Russians who willingly participated in the process or offered their enthusiastic support over a period of many years.

While politicians and commentators in the West continue to promote the comforting notion that Russians are themselves victims of Putin’s regime, virtually all the available evidence points to strong Russian public support for the war in Ukraine. A recent survey conducted by Russia’s only internationally respected independent pollster, the Levada Center, found that 81% of Russians back the invasion of Ukraine with just 14% opposed. Another recent Levada Center poll identified a 12% surge in Vladimir Putin’s approval rating since the beginning of the war. These results have been mirrored in numerous other polls and surveys.

Meanwhile, the anti-war movement inside Russia remains underwhelming. There have been some public protests in major Russian cities, but these rallies have failed to attract significant numbers and been easily contained by the authorities. Rather than engaging in anti-war activism, most of the Russians who claim to oppose the regime have stayed silent or chosen exile and voluntarily left the country.

Positive Russian attitudes toward the war are rooted in longstanding perceptions of Ukraine as part of Russia’s imperial heartlands. Despite the passage of three decades since the collapse of the Soviet Union, many Russians have never fully come to terms with the idea of an independent Ukraine and continue to regard the country as an indivisible element of historic Russia that has been artificially separated from the motherland.

Putin did not invent such sentiments but he has proven highly skilled at exploiting them. In his many speeches and essays on the Ukraine issue, he has consistently appealed to Russia’s imperial aspirations while playing on widespread resentment at the country’s post-Soviet humiliations and loss of superpower status. When Putin laments the fall of the USSR as the “demise of historical Russia,” ordinary Russians understand that it is primarily Ukraine he has in mind.

The Russian leader’s refusal to recognize Ukrainian statehood is not only a rejection of the post-1991 settlement. It is entirely in line with traditional Russian thinking and echoes key tenets of Czarist imperial doctrine dating back centuries. Putin routinely denies Ukraine’s right to exist and has frequently accused modern Ukraine of occupying historically Russian lands while dismissing Ukraine’s entire centuries-long statehood struggle as a Western ploy to destabilize Russia. On the eve of the invasion, he called Ukraine “an inalienable part of our own history, culture and spiritual space.”

Putin is particularly fond of declaring that Russians and Ukrainians are “one people.” This insistence that Ukrainians and Russians are part of the same whole has long been a central theme of Russian imperial propaganda toward Ukraine and provides the ideological basis for the current war. By positioning Ukraine as rightfully Russian, it reframes the unprovoked invasion of a peaceful neighbor as a justified response to a grave historical injustice.

In recent months, the Russian ruler has gone even further. He has branded modern Ukraine an “anti-Russia” that can no longer be tolerated while claiming the country has been taken over by the West. This resonates deeply with the Russian public, which has traditionally associated any manifestations of Ukrainian statehood with treachery and extremism.

We are currently witnessing the criminal consequences of these imperial delusions. Russian soldiers who have been encouraged to dismiss Ukrainians as traitors and view Ukraine itself as an anti-Russian invention are now engaging in war crimes that are entirely in keeping with the genocidal tone adopted by Putin and other Kremlin officials. As Voltaire once warned, “Those who can make you believe absurdities can make you commit atrocities.”

On the domestic front, the Kremlin-controlled mainstream media openly discusses the need to destroy Ukraine. For example, an article published by Russian state news agency RIA Novosti on April 3 made clear that Putin’s talk of “de-nazification” is actually code for the “de-Ukrainianization” of Ukraine. This chilling text laid out a detailed plan for the elimination of the Ukrainian nation and was branded a “genocide handbook” by Yale historian Timothy Snyder.

If Russian imperialism is not confronted and defeated in Ukraine, other countries will soon face similar threats. While Ukraine appears to be a particular obsession for both Putin and the wider Russian public, the list of other potential victims is long. The Baltic states and Moldova are among the most likely to become targets of Russian imperial aggression, while the nations of Central Asia are clearly at risk. It is also worth noting that Poland and Finland were once part of the Russian Empire that Putin longs to resurrect.

For almost three decades, Western leaders have approached successive acts of Russian imperial aggression as isolated incidents and have sought to downplay their significance while focusing on the economic advantages of continuing to do business with Moscow. This has only served to encourage the Kremlin. The Chechen wars of the early post-Soviet years were followed by the 2008 invasion of Georgia and the 2014 seizure of Crimea. The current war is the latest milestone in this grim sequence but it will not be the last. Resurgent Russian imperialism now clearly poses the biggest single challenge to global security. Countering this threat must be the international community’s top priority.

Vladimir Putin’s unholy war in Ukraine has sought to exploit centuries of shared Orthodox faith but the ongoing invasion has only served to expose the growing gulf separating modern Ukraine from Russia.