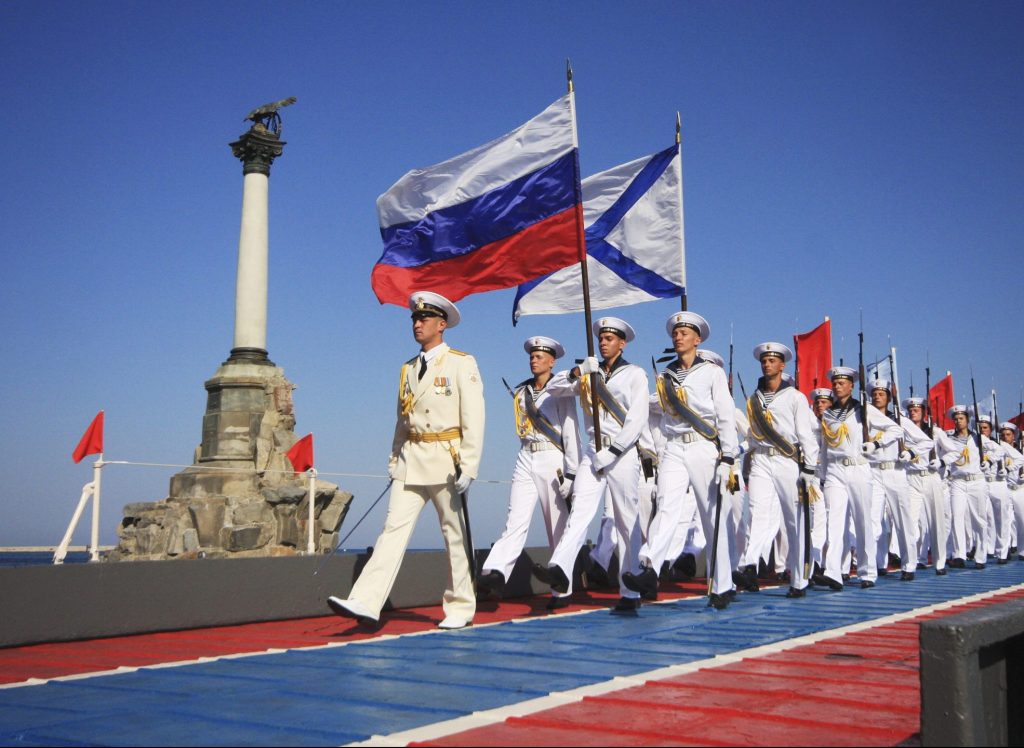 Russia’s war against Ukraine did not begin with the invasion of February 24. Instead, the conflict started almost exactly eight years earlier in February 2014 with the seizure of Ukraine’s Crimean peninsula. The Russian occupation of Crimea was a watershed moment in modern European history. It was the first time since WWII that one European country had invaded and attempted to annex the territory of another.

Russian President Vladimir Putin’s bid to redraw Europe’s borders by force was accompanied by one of the most sophisticated information offensives ever launched. As the Ukrainian Armed Forces fight to end the occupation of Crimea, it is also vitally important to debunk the disinformation promoted by the Kremlin to justify the 2014 takeover of the Ukrainian peninsula.

A recently launched English-language online course aims to educate international audiences about Crimean history. Developed by the Ukrainian Institute and EdEra online education studio with the support of the International Renaissance Foundation, the “Crimea: History and People” initiative explores the history and culture of the Crimean Tatars while telling the story of Crimea from the perspective of the peninsula’s indigenous people. This approach aims to decolonize the history of Crimea and counter the many imperial Russian narratives that continue to dominate international perceptions.

This initiative is arguably long overdue. Ever since the Russian invasion in early 2014, Moscow’s false claim that Crimea is “historically Russian land” has remained largely unchallenged in the international arena. In reality, Russia did not appear until relatively late in Crimea’s more than two thousand years of recorded history, with the Russian Empire annexing the peninsula in the final years of eighteenth century. Prior to this, Crimea had been home to the Crimean Khanate for over three hundred years, a far longer span than the subsequent period spent under Russian rule. This is largely overlooked in Russian histories and is rarely referenced in international coverage of Crimea. Instead, the peninsula is misleadingly portrayed as part of Russia’s ancient heritage. This helps legitimize Moscow’s wholly illegitimate claims to Crimea.

Since Ukraine became independent in 1991, the process of decolonizing the country’s past has been slowly gathering pace. A more nuanced study of the entire post-Soviet region that goes beyond traditional Russia-centric approaches is essential for anyone seeking to make sense of contemporary Ukraine or looking to understand the origins of the invasion launched by the Kremlin in February 2022. This is perhaps nowhere truer than on the issue of Crimea.

For decades following the Soviet collapse, many international observers spoke favorably of the “civilized” divorce between Russia and Ukraine. They often identified Crimea in particular as a success story, noting the absence of violent conflict and praising the compromises that made it possible to manage the return of the Crimean Tatars from Soviet exile along with the division of the Black Sea Fleet.

The true picture of Crimea in the 1990s is not quite so rosy. While open conflict was indeed avoided, the volatile political debates that raged over the future of the peninsula highlighted the continued strength of imperial sentiment in the supposedly democratic and pro-Western Russia of the Boris Yeltsin era. Russian politicians agitated against Ukraine over the issue of Crimea throughout the 1990s and were often accused of fueling separatist movements on the peninsula. As Paul D’Anieri noted in his 2019 book Ukraine and Russia: From Civilized Divorce to Uncivil War, “Even many Russian liberals who accepted Ukraine’s independence believed that Crimea, Sevastopol, and the Black Sea Fleet were Russian.”

Simmering imperial anger in Russia over the loss of Crimea was a warning sign of potential conflict that went unheeded and ultimately led to today’s war. It is now painfully apparent that Russian society as a whole has never fully accepted the loss of Ukraine and still clings to obsolete notions of the country’s place within Russian imperial identity. Failure to move beyond the imperial past in the 1990s has turned modern Russia into a backward-looking country that is driven by a revisionist desire to reassert its authority over former colonies rather than building pragmatic neighborly relations.

The Western world must share some of the blame for this tragic reality. During the 1990s, many Western politicians and academics continued to view the post-Soviet world through a Russian prism while embracing Kremlin-friendly historical narratives shaped by centuries of Czarist imperialism. This helped to justify Russia’s continued regional dominance while reducing the newly independent peoples of the former USSR to the status of footnotes in their own national stories. It is now time to challenge such outdated thinking and decolonize perceptions of the entire post-Soviet region.

For far too long, academic courses at Western universities focusing on Eastern European studies have placed disproportionate emphasis on understanding Russia. In the years to come, this needs to change. Instead, Western academics must dedicate far more time to understanding Ukraine. Learning about the complex history of Crimea from a non-Russian perspective is an important step in the right direction.

Dr. Oleksandra Gaidai is Head of Academic Programmes at the Ukrainian Institute.