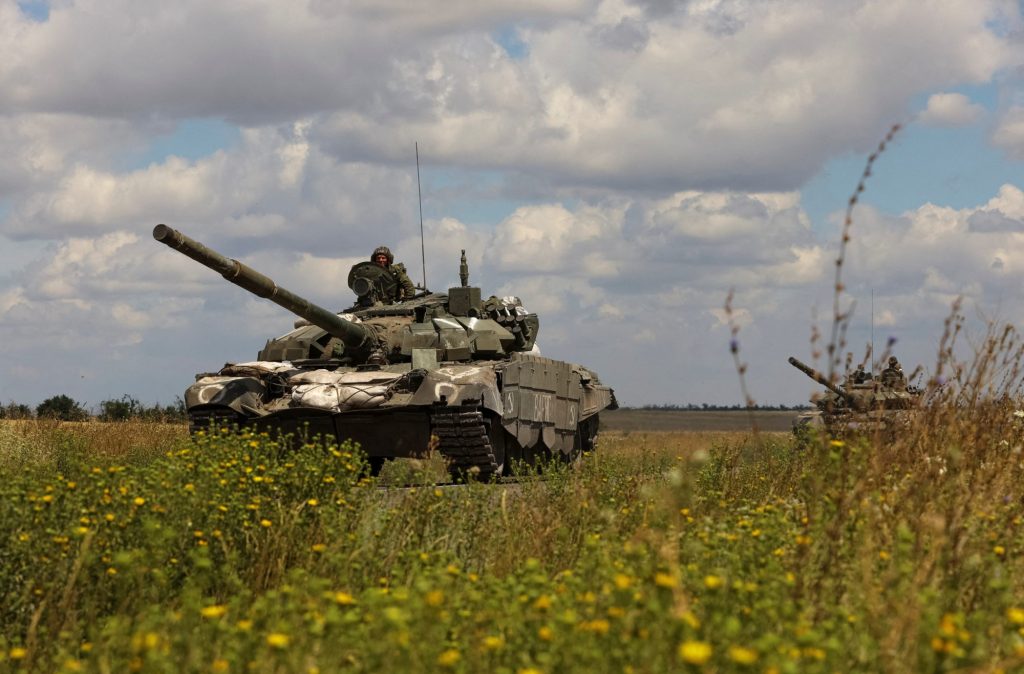 The geographical focus of the Russo-Ukrainian War looks set to switch from east to south in the coming days as Ukraine’s military steps up efforts to liberate Kherson. The unfolding campaign to regain control over this strategically vital southern Ukrainian city is likely to be the most important engagement since the Battle of Kyiv and could prove decisive in determining the ultimate outcome of the war.

Preparations for a major Ukrainian counter-offensive in the south of the country have been underway since May. After weeks of minor advances in the surrounding countryside that have seen Ukrainian forces liberate more than fifty towns and villages, there is now a mounting sense that the Battle of Kherson is about to begin.

A Ukrainian victory would have huge psychological and practical implications for both sides. It would demonstrate to international audiences that the Ukrainian military is more than capable of forcing Russia to retreat from well-established defensive positions and convince Ukraine’s partners to continue providing military and financial support. Meanwhile, defeat in Kherson would be personally humiliating for Vladimir Putin and would spark further demoralization within the ranks of his depleted invasion force.

Kherson’s fate will shape the future direction of the war. As the sole regional capital captured by Putin’s troops and the only major Ukrainian city on the western side of the Dnipro River currently in Kremlin hands, Kherson holds the key to Russian ambitions in southern Ukraine. Moscow must retain control over Kherson in order to achieve its goal of advancing to Odesa and occupying Ukraine’s entire Black Sea coastline. If Ukraine retakes the city, Russia will be confined to Left Bank Ukraine and will face the prospect of further counter-offensives aiming to push Putin’s army out of southern Ukraine altogether.

Ukraine is unlikely to throw everything into an all-out assault on Kherson. Instead, the Ukrainian strategy appears to be focused on gradual localized advances and surgical strikes to isolate Russian forces on the western side of the Dnipro River by cutting them off from resupply and targeting logistical hubs.

Since early July, the Ukrainian military has deployed its growing arsenal of long-range artillery and HIMARS precision rocket systems to destroy dozens of Russian command posts and ammunition supply bases throughout southern Ukraine. More recently, Ukrainian forces have targeted the bridges across the Dnipro River that serve as a lifeline for Putin’s troops in Kherson. Russia has since launched an improvised ferry service, indicating that the main bridge in Kherson itself is indeed no longer able to support military traffic.

There is still much debate over the Ukrainian army’s readiness to mount a major counter-offensive. Some international analysts argue that an extended pause would be preferable to allow for additional training of recruits and the integration of new weapons systems. Many Ukrainians also argue that their country’s military needs substantial further arms deliveries including tanks and aircraft before it can realistically hope to conduct successful offensive operations. However, there may simply be no time to spare.

Millions of Ukrainians are currently living under Russian occupation where they face the daily prospect of war crimes including abductions, executions and forced deportation to the Russian Federation. Given the horrors uncovered in areas of northern Ukraine liberated from Russian occupation, nobody is under any illusions over the scale of the atrocities currently taking place throughout the occupied south. Putin has made clear that he is waging a war of annihilation to destroy Ukraine. Every single extra day of occupation means more misery and suffering.

Preparations are also well underway to hold Crimea-style referendums in occupied southern Ukraine. Russia aims to repeat the rigged vote staged during the spring 2014 military takeover of the Ukrainian peninsula in order to create a veneer of legitimacy for the subsequent annexation of Ukraine’s southern regions. While a fake ballot would do little to change military realities, it could significantly worsen the plight of local residents while enabling Russia to tighten its administrative grip on the occupied regions. Official annexation would also allow Moscow to exploit Western reluctance to support Ukrainian attacks on Russian territory, paving the way for a potential freezing of the conflict on terms favorable to the Kremlin.

Meanwhile, the Russian military is actively strengthening its defenses in anticipation of Ukraine’s coming offensive. Reports are growing of large Russian troop concentrations being redeployed from the current main theater of operations in eastern Ukraine to the southern front. While exact numbers are difficult to confirm, the size of these redeployments indicates that Russia may be planning to launch an offensive of its own on the Kherson front. The longer Ukraine delays, the more militarily challenging an offensive will become.

Ukraine desperately needs a fresh victory to reinvigorate the war effort. The country’s heroics during the first month of hostilities won the admiration of the watching world and convinced Western leaders that Ukraine was worthy of serious support. However, Ukrainian victory in the Battle of Kyiv has since been followed by months of slow but steady Russian advances in the east. With Ukraine Fatigue on the rise and mounting international calls for a compromise peace, it is vital to demonstrate that Russia can still be defeated on the battlefield.

Talk of a looming Ukrainian victory is certainly optimistic but a major military breakthrough of this nature is by no means inconceivable. Western officials believe the Russian military has suffered crippling losses in Ukraine and is now a shell of the force that invaded the country on February 24. According to a recent US intelligence estimate, more than 75,000 Russian soldiers have been killed or wounded in Ukraine. Putin’s army has already been forced to retreat entirely from northern Ukraine and Snake Island, with Russian commanders somewhat unconvincingly attempting to save their blushes by portraying these embarrassing withdrawals as “goodwill gestures.”

At the same time, Putin shows no signs of downscaling his war aims. On the contrary, Kremlin officials now openly talk of seizing more Ukrainian territory and overthrowing the Ukrainian government. In June, the Russian dictator compared his invasion of Ukraine to Peter the Great’s eighteenth century imperial conquests and declared that he was on an historic mission to “reclaim” Russian lands. The loss of Kherson would represent a crushing blow to these imperial ambitions while also exposing the diminished reality behind Russia’s continued claims to military superpower status.

The looming Battle of Kherson is an event of unprecedented international importance. The outcome of this battle will shape the fate of Ukraine and the course of the war. A Russian victory could pave the way for the conquest of Ukraine’s Black Sea coastline and the complete subjugation of the country. If Ukraine is victorious, it may mark the beginning of the end for Vladimir Putin’s dreams of a new Russian Empire.

Western policymakers should be in no doubt that the many different Russian war crimes currently taking place in Ukraine are all part of a coherent plan developed by Vladimir Putin to commit genocide.