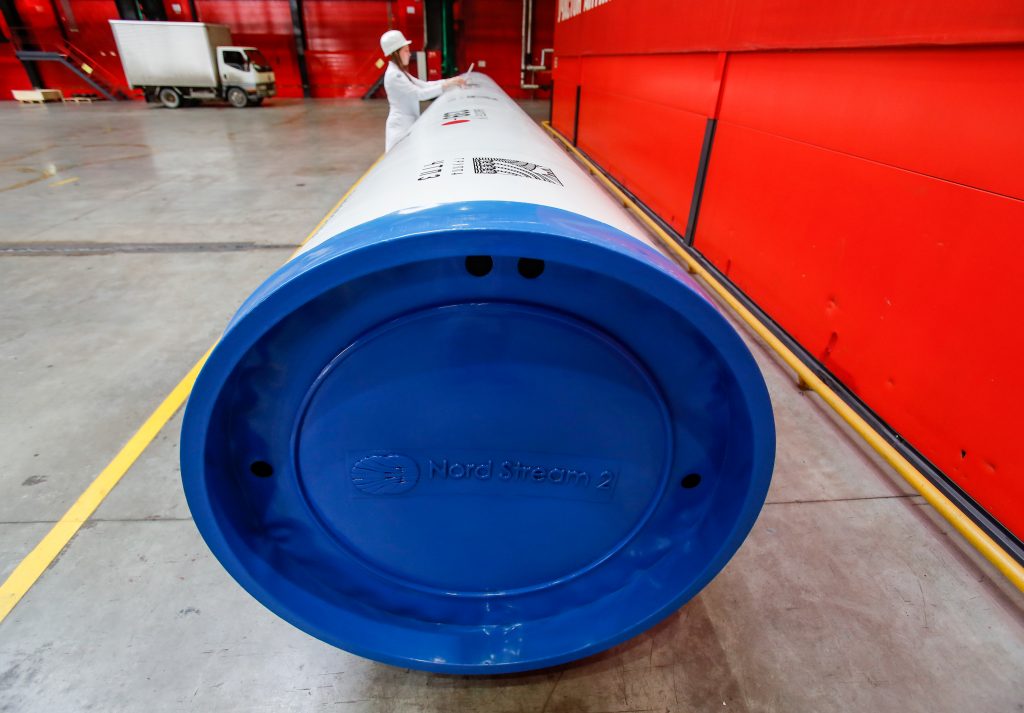 Russian President Vladimir Putin is currently pushing hard to secure fast track certification for his Nord Stream 2 pipeline, but these efforts will likely prove no match for the European Union’s anti-trust laws and regulatory system.

On November 17, a German regulator ordered Russia’s gas giant, Gazprom, to comply with EU anti-trust restrictions. Such compliance is non-negotiable and states that the owner of a pipeline cannot be the same entity as the owner of the natural gas it transports. Simply put, it is illegal in the EU for Gazprom to own the pipelines that carry its gas.

This requirement strikes at the heart of Putin’s pipeline scheme because it has the potential to drastically reduce his ability to control Europe’s energy market, play favorites, punish countries, and isolate Ukraine.

These regulations mirror laws first developed by America in the late nineteenth century to reduce the power of the country’s so-called “robber baron” industrialists. They have since been widely adopted internationally to prevent similar abuses.

Besides, Switzerland is not part of the EU, which means its companies can flout EU laws and regulations. Instead, the regulator has insisted the pipeline be subject to German laws. In order to comply, Gazprom must transfer the pipeline to a German-based subsidiary. The entity must also be financially and legally independent from its Russian parent.

The regulator has suspended certification of the pipeline until Gazprom meets these requirements. This will likely postpone the process at least until March 2022 at the earliest. Further delays are anticipated as the European Commission must approve any new arrangement.

The significance of this regulatory regime should not be underestimated. The German regulator is autonomous and will supervise the new German Nord Stream 2 company on its territory. It has the power to prohibit and fine unlawful behavior.

More importantly, the European Commission must approve any new ownership arrangement and will likely require that the same de-linking of ownership (a process known as “unbundling”) be imposed on Gazprom in all EU countries. The EU Parliament has voted against Nord Stream 2 specifically because of concerns that Russian control of the pipeline would imperil the continent’s future energy security.

Besides European laws, Putin’s pipeline project also faces renewed opposition from the US Congress, which is preparing mandatory sanctions designed to stop the completed pipeline’s entry into service.

These sanctions feature as an amendment to the National Defense Authorisation Act, a sweeping defense policy bill that Congress passes every year. Congress approved similar sanctions a year ago, but US President Joe Biden changed course in spring 2021 in order to repair relations with Russia’s pipeline partner, Germany.

Encouraged by this US green light, the Kremlin has become noticeably bolder in its weaponization of energy supplies during the second half of 2021. Russia’s refusal to meet growing European demand helped spark an energy crisis and drove gas prices to record highs while leaving Europe’s gas storage facilities dangerously empty as the winter season approached.

With this show of strength, Putin appears to have been hoping to pressure Germany into the rapid certification of Nord Stream 2. However, he may have overplayed his hand.

The increasingly aggressive nature of Russia’s energy tactics in recent months has clearly unnerved some European leaders. A parallel Russian military build-up on the Ukrainian border has significantly added to these concerns.

The primary objective of the economically and logistically unnecessary Nord Stream 2 project has always been to bypass Ukraine. This will remove Moscow’s dependency on the Ukrainian transit system and potentially pave the way for a dramatic escalation in Putin’s seven-year military campaign to force Ukraine back into the Russian sphere of influence.

With a new government now entering office in Germany, few in Berlin wish to be accessories in a Kremlin plot to extinguish Ukrainian statehood. Olaf Scholz, Germany’s chancellor-in-waiting, has recently stated his support for Ukraine’s EU membership aspirations.

Meanwhile, the coalition agreement of the new German three-party government states, “the German government will continue to assist Ukraine in restoring its full territorial integrity and sovereignty,” a clear reference to the return of Crimea and the Donbas region from Russian occupation to Ukrainian control.

The Nord Stream 2 saga is still far from over. Putin will continue to push for certification and will use the many geopolitical tools at his disposal to do so, but he may have gone too far and has set off too many alarms to expect an easy ride. The regulatory obstacles that lie ahead may yet prove the undoing of his best-laid plans.