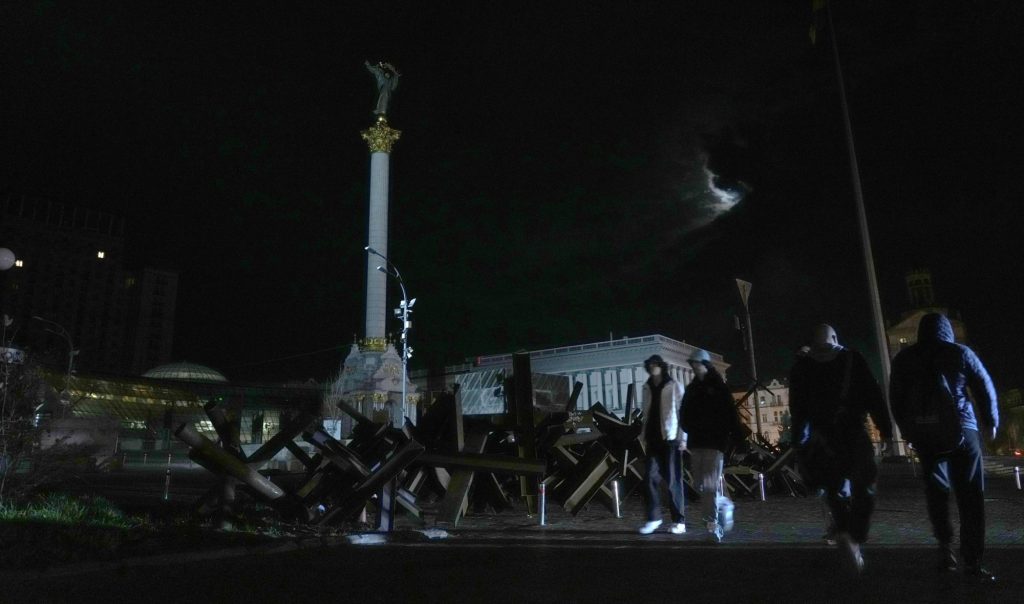 Far from the frontlines of the battlefield, the Russian Federation is ruthlessly bombing Ukraine’s civilian energy infrastructure. Electricity generating and thermal power facilities in towns and cities across the country have been specifically targeted in a methodical campaign to deprive millions of Ukrainians of access to heating, light, and water just as sub-zero temperatures and the winter heating season begin. These attacks are clearly war crimes as defined by the Geneva Convention. Russia is deliberately attempting to make Ukraine uninhabitable and place the country’s entire civilian population in grave danger.

Kremlin officials and regime propagandists openly praise the bombings and depict them as a means of provoking additional refugee flows to Europe. Moscow hopes that a new wave of Ukrainian refugees will persuade EU leaders to reduce support for Kyiv. The Kremlin also appears to believe that blackout conditions inside Ukraine will pressure the country’s leaders into negotiating a compromise peace settlement on Russian terms.

On November 17, Russia expanded its targeted missile strikes on civilian energy infrastructure to include ten gas production facilities across Poltava and Kharkiv in eastern Ukraine. These critically important facilities provide about one-third of Ukraine’s domestic hydrocarbon production. Some facilities were destroyed, while others were damaged and require immediate repair.

Naftogaz Ukraine, the state-owned gas and oil company that I was appointed to lead as CEO earlier this month, is the country’s largest producer, storer, and supplier of domestic natural gas. We are currently working to prepare an appropriate level of gas in underground storage facilities. We are therefore in need of both stable production and predictable import volumes.

Relentless Russian missile strikes on our power infrastructure are forcing us to reinforce our energy stocks for the coming winter season. Electricity blackouts are putting pressure on our hydrocarbon reserves and may require us to purchase additional natural gas on the external market. Generous assistance from our partners in the US, Canada, France, Norway, and the EBRD in the form of loans and grants has already allowed us to procure some much needed additional gas internationally. More will certainly be required. With Russia’s aerial assault set to continue, we face the toughest winter season in our three decades as an independent nation.

The resilience that my company has shown throughout the war has been remarkable, but resolve alone is not enough. In the spirit of solidarity, we need to galvanize more support from our Euro-Atlantic and Pacific partners and from the international business community. Prior to Russia’s aggression against my country, Ukraine was a net exporter of electricity to Europe. Naftogaz is positioned to become a net exporter of natural gas to Europe. To achieve this goal, we need to leverage new technologies, international expertise, and investment like never before. This can only be done with support from our partners and allies.

Despite the existential challenges of today’s wartime conditions, we have already taken a number of key steps to restore trust and reaffirm our commitment to our international lenders and bondholders. These steps include the recent appointment of an internationally respected special advisor, who has been tasked with providing both oversight and guidance on ongoing negotiations with our partners. We have already resumed constructive dialogue with holders of our 2022 and 2026 Eurobonds, as we recognize that they are key to successfully financing the exploration and production activities that are our growth drivers.

Another important priority is prolonging corporate governance reforms at Naftogaz in line with OECD principles. During my first day on the job, I sent a note to Ukraine’s Cabinet of Ministers requesting a conclusion of the international selection process to identify qualified, independent directors for our Supervisory Board. The company’s continued transformation depends on a predictable development track founded on trust, transparency, and good governance, which can only be guaranteed by a stable and professional international board.

As an essential service provider to the people of Ukraine, we are committed to providing the civilian population with the gas and heating required to withstand harsh winter conditions. Despite ongoing Russian attacks on civilian infrastructure, we will continue to demonstrate the kind of courage and resilience that the world has come to expect from Ukrainians over the past nine months of Putin’s brutal invasion.

Russia’s attack on Ukraine is an attack on international rule of law and the entire global security system. As we confront this shared threat, the continued support of our international partners, creditors, investors, and allies will be fundamental to our coming victory.

Ukraine urgently needs international support in order to counter Moscow’s campaign of airstrikes against the country’s energy infrastructure and prevent Putin from freezing Ukrainians into submission this winter.