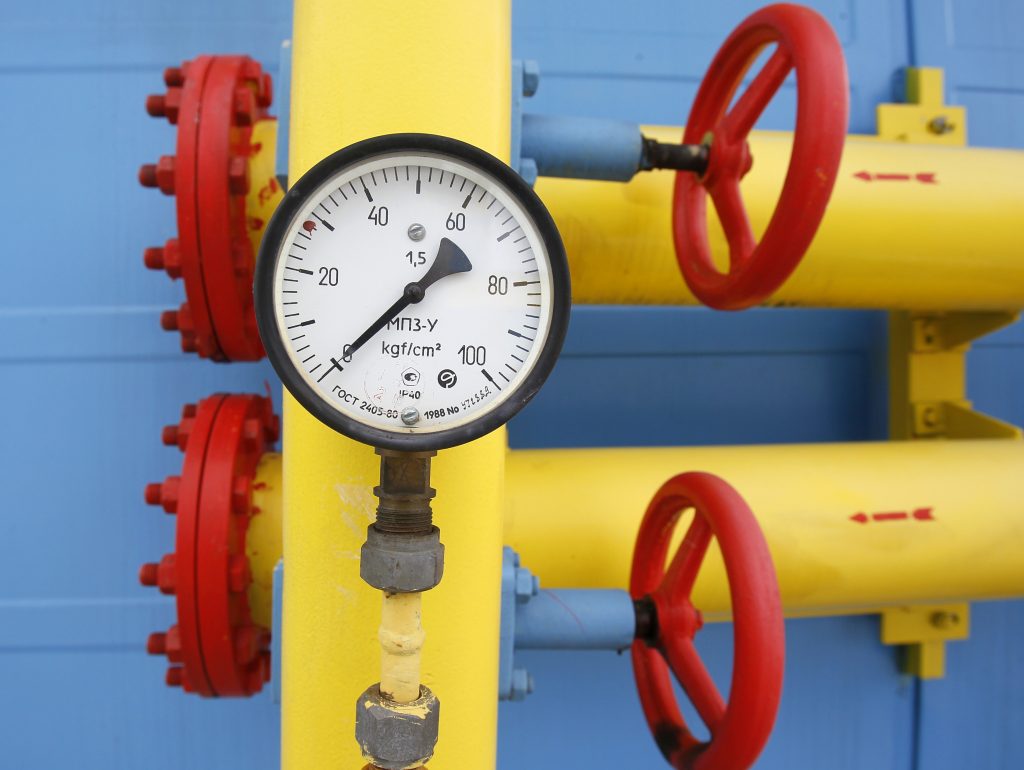 Almost exactly one year ago, Ukraine launched independent gas transportation company GTSOU and concluded a five-year transit contract with Russia. Servicing the domestic market remains the foundation of GTSOU’s business, but our commercial viability comes from international activities, which account for 80% of GTSOU’s revenue.

As we evaluate business priorities for the years ahead, it is clear that GTSOU must find a way to grow or maintain the current level of transit while increasing the range of services we offer to our international partners and introducing new technologies that will future-proof our infrastructure in light of the de-carbonization agenda.

Ukraine’s transit system is currently capable of shipping massive volumes of gas from east to west and can easily cover three-quarters of Russian exports to Europe. However, should Ukraine’s transit role change, the domestic market will not be able to bear the operational costs of this system while maintaining the same capacity and complexity.

At present, the future of gas transit via GTSOU rests on the fate of two pipelines, Nord Stream 2 and Turk Stream 2, both of which bypass Ukraine. Energy industry discourse often centers on these projects, but there are other scenarios to consider. What happens if the Ukrainian route disappears? Europe will find itself trapped and wholly dependent on a single supplier who will control all major access pipelines. Ukraine’s capacity to transport gas from Russia to Europe without guaranteed volumes must not be taken for granted.

According to Gazprom, Russian gas exports to Europe will hover at around 200 bcm annually for the foreseeable future. This is not enough to fill the existing transit system capacity of 270 bcm. To address the EU’s core objectives of diversifying energy supplies and phasing out coal, we should focus on bringing Central Asian gas back to Europe. This is technologically feasible and commercially viable. The one obstacle is Gazprom’s control of access pipelines. The opportunity to leverage Ukraine’s spare transit capacity remains closed, even to Russia’s own energy majors such as Novatech or Lukoil.

New pipelines bypassing Ukraine and Gazprom’s continued efforts to circumvent EU regulations must not hijack GTSOU’s agenda. From day one, we have focused on synergies with EU neighbors Poland, Slovakia, Hungary, and Romania. Increased cooperation can create win-win situations for Europe and for Ukraine.

Poland is a promising new source of energy supply to Ukraine, in particular the Swinoujscie LNG terminal. We have already signed all cooperation agreements, implemented virtual connection points, and agreed to allocate capacity at auctions. For Polish gas traders, access to Ukraine’s underground gas storage near the border is also very attractive.

Slovakia has traditionally been a key partner accounting for 68% of transit from Ukraine to the EU and 65% of imports to Ukraine. Scope for cooperation is wide and varied, but Slovakia’s approach has so far been rather conservative. Unlike Poland or Hungary, our Slovak counterparts have yet to take full advantage of all available EU gas-trade instruments, such as virtual reverse flow and capacity allocation at auctions.

Ukraine’s cooperation with Hungary is quite robust, and we are currently negotiating guaranteed capacity allocations in the Hungary-Ukraine direction to gain access to the Croatian LNG terminal on the island of Krk. Adding LNG to the mix of imports has been a long-term objective for Ukraine as we work to diversify our supply base.

Hungary has indicated its intention to start taking deliveries of Russian gas via Turk Stream 2 as soon as next year, but we believe it is in our joint interest to maintain transit through Ukraine. Any overreliance on a single route like Turk Stream 2 would represent a significant risk for Hungary.

Ukraine’s access to the Romanian gas market is somewhat restricted due to Romanian legislation, but we see considerable room for cooperation regarding the Trans-Balkan Corridor. Increasing the number of cross-border connection points between Ukraine and Romania from one to four will be a boon for the Trans-Balkan pipeline. Both countries could generate additional revenue from transit and simultaneously improve regional energy security.

Moldova, like Ukraine, is a member of the European Energy Community. Accordingly, our obligations to comply with the Third Energy Package are the same, but access to the Moldovan GTS is currently problematic. Revitalization of the Trans-Balkan Corridor hinges on overcoming regulatory obstacles in both Moldova and Romania.

When it comes to technological advancements within the industry and the opportunities these present for GTSOU, we are focusing on three distinct areas: the modernization program already underway, plugging into LNG infrastructure, and gradual integration of decarbonized gases into our system.

GTSOU plans to invest some USD 1.5 billion over the next decade, mainly in compressor stations and turning its transmission infrastructure, Europe’s most powerful, into a more efficient network. The LNG revolution has had a transformative impact on the EU gas market and has the potential to do the same in Ukraine. We are currently evaluating import prospects from LNG terminals in Turkey, Greece, Croatia, and Poland.

Direct consumption of gas that reaches Europe in liquid form is one way to plug into this new infrastructure. However, Ukraine’s role could also be to link up LNG terminals on the Baltic, Adriatic, and Black seas with Europe’s largest gas storage facilities.

In the medium term, natural gas will continue to play a pivotal role in the European energy system, but it is clear that post-2030, transit is set to be all about decarbonized gases. Like our peers across Europe, we are now looking at a range of technologies such as bio-methane, new uses of CNG, and hydrogen. The possibilities are endless, but so is the uncertainty when it comes to the most promising technologies.

Over the last 12 months, GTSOU has delivered on every promise made to our commercial partners and the wider stakeholder community. We continued to serve the domestic market, and have maintained uninterrupted transit, proving the reliability of the Ukrainian route.

With new pipelines that bypass Ukraine coming under increasing pressure from US sanctions and changing attitudes in Europe, we are optimistic about the continuity of transit. Beyond the immediate issue of Russian transit, GTSOU has a bright future as long as our international partnerships grow and prosper.

To meet the four key gas sector challenges facing them, regional countries including Ukraine, Moldova, Romania, Bulgaria, Greece, and Turkey will need to work in unison to satisfy mutual interests.

US imposes new sanctions to kill off Putin’s pet pipeline

Image: A pressure gauge is seen at an underground gas storage facility in the village of Mryn near Kyiv. (REUTERS/Gleb Garanich)