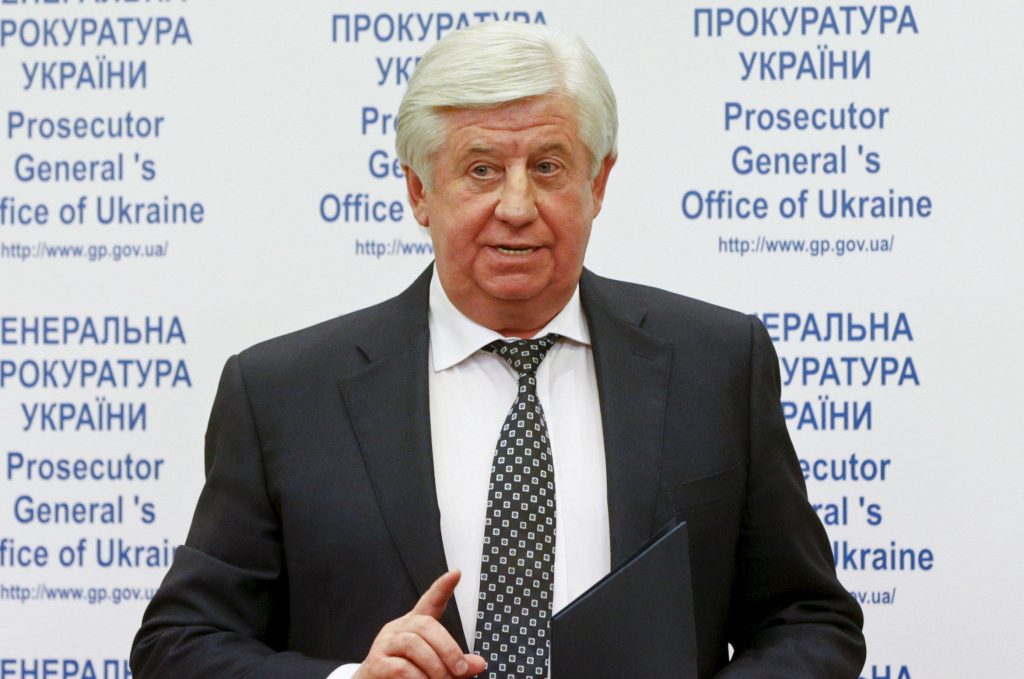 Viktor Shokin, Ukraine’s prosecutor general, was upbeat in his New Year’s message to colleagues. While “2015 was a difficult and responsible year for us all,” he wrote, we “carried out unprecedented reform and overhaul of the prosecutor’s system, bringing it closer to European standards.” Almost twenty years after Ukraine promised to reform its prosecutor’s office as a condition to joining the Council of Europe, it still has a long way to go. The reforms that have been made were disturbingly cosmetic. Shokin sabotaged the latest round of reform, which resulted in the status quo being reinstated under the guise of a new competitive system.

Under former President Viktor Yanukovych, the prosecutor’s office was seriously compromised. As a result, public faith in law enforcement remains critically low. Post-Maidan expectations of real reform received a setback when President Petro Poroshenko appointed Shokin, who is widely viewed as part of the old guard. That concern has proven justified.

Parliament adopted a new law that would radically reform the prosecutor’s system on October 14, 2014. It should have come into force on April 25, 2015, but all of its provisions have been deferred until April 15, 2016, as the result of behind-the-scenes lobbying. The first stages of vital restructuring did, however, begin: local prosecutors were supposed to be hired through a competitive system that would bring in an influx of external candidates. Initially, sixty percent of those candidates were outsiders, but that number dropped to 22 percent after two phases of independent tests.

And then all outsiders disappeared, courtesy of the prosecutor general, who had the final say. According to Vitaly Kasko, perhaps the only remaining reform-minded deputy prosecutor general, 84 percent of the local prosecutors Shokin appointed were previously district prosecutors and most were employed in that capacity during the Yanukovych period. Although there is no evidence that any specific individual should not have been appointed, these statistics hardly inspire faith in the reform process. None of the local prosecutors were subject to checks under the law on cleaning up the authorities. Parliamentarian Yehor Sobolev is outraged, and says that the anticipated overhaul of the system has resulted in mere rotation, with the same prosecutors simply moved to different cities.

Frustration is widespread among civic activists who were effectively pushed out of the process. They’re in a tough position: the twisted results cannot be challenged as breaching the regulations. But Shokin’s confidence that a few cosmetic or half-measures will suffice is probably misplaced. Distrust is mounting both in Ukraine and the EU. Jan Tombinski, head of the EU Delegation to Ukraine, recently expressed concern about appointments made by the prosecutor general.

But the problem isn’t limited to selection. Kasko says that without prosecutorial independence, there would be no sense in challenging the selection process. As it stands, the prosecutor general can dismiss anyone whenever he likes or exert pressure by providing or removing funding or premises.

Even Shokin’s creation of a General Inspectorate of Internal Investigations within the prosecutor general’s office on November 30 has controversial elements. This body is supposed to investigate crimes committed by prosecutors or investigators and is purported to be an autonomous division. While the new head is to be David Sakvarelidze, whose commitment to reform has not aroused any doubts, it remains under the prosecutor general. Most worryingly, Oleksandr Banchuk from the Institute for Legal and Political Reform asserts that the prosecutor general’s office is currently lobbying for a bill that would prevent the National Anti-Corruption Bureau and the State Bureau of Investigations from monitoring prosecutors. Instead, a nominally autonomous body made up of prosecutors would be responsible for investigating crimes committed by their colleagues.

Such a vote has only been used once (against Viktor Pshonka, Yanukovych’s close associate), but the recent methods used to avoid real accountability seem to have made MPs reluctant to give up the only lever they have. Since there needs to be a two-thirds majority for constitutional amendments, this may prove a sticking point.

Pshonka stated that he would do anything Yanukovych demanded. Today’s situation is not as brutally straightforward, but it would be hard to name any Ukrainian President not suspected of using the prosecutor general against political opponents. The recent arrest and subsequent detention of Gennadiy Korban, a close associate of Ihor Kolomoisky who is now in opposition to Poroshenko, has raised legitimate concerns.

A proper system of competition, perhaps involving professional organizations not directly selected by politicians, could result in candidates selected for their professional qualities, not political loyalty. Poroshenko’s reluctance to remove Shokin suggests there may be no other way. Ukraine cannot afford to lose another thirty years through an old guard unwilling to relinquish control.

Why are donors afraid of the prosecutor’s office?

It’s no secret that the Prosecutor General’s Office of Ukraine has failed to be transformed in the post-Maidan period. But who is to blame? A high-level diplomat representing a G-7 country recently lamented that Ukraine’s major western partners deserve a large share of the blame for not providing direct assistance to the office. “You don’t […]

Image: Prosecutor General of Ukraine Viktor Shokin speaks during a news conference on the arrest of Gennadiy Korban in Kyiv, Ukraine, November 2, 2015. The arrest in Ukraine of a close associate of the influential business tycoon Ihor Kolomoisky on suspicion of embezzlement is politically motivated, his lawyer said. Credit: REUTERS/Valentyn Ogirenko