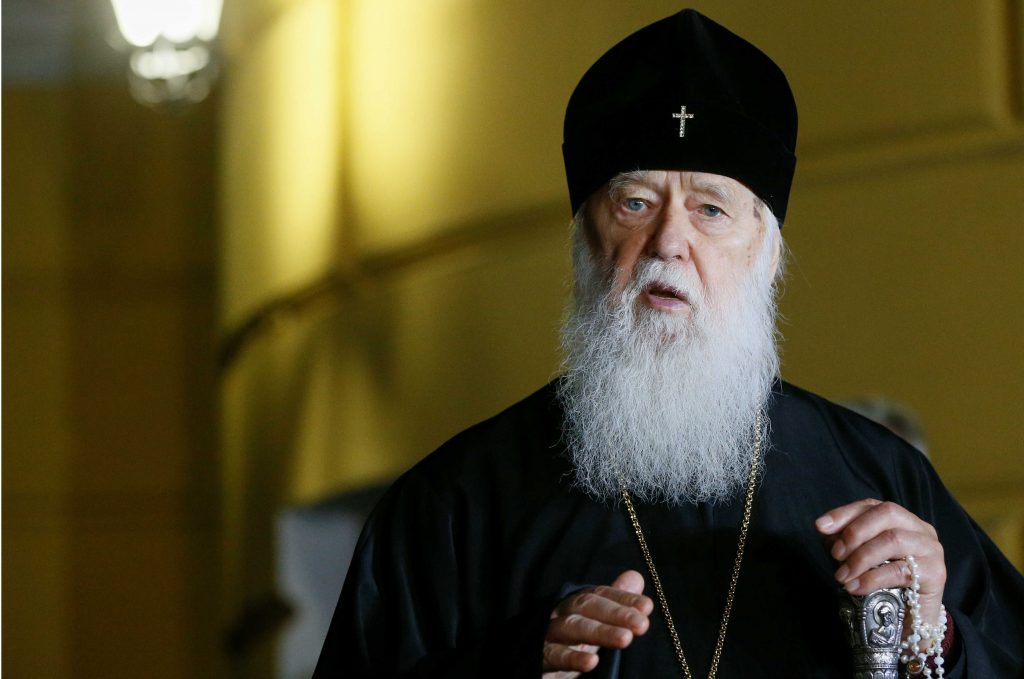 On October 10, the Ecumenical Patriarchate of Constantinople agreed to recognize the independence of the Ukrainian Orthodox Church. This is a historic decision with huge geopolitical implications.

Calling the decision catastrophic and even illegal, it resorted to threats; after the Synod’s decision became public, the Russian Orthodox Church claimed it will cut ties with Constantinople if a tomos is granted to the Ukrainian church.

But Moscow no longer gets a say. It’s now a question of timing and Kyiv’s efforts to form one united church to which independence will be granted.

President Petro Poroshenko warned that Kremlin agents may encourage people to forcefully take monasteries or churches, and this is not altogether surprising given the narrative that the Kremlin has previously used.

In September, the Moscow Patriarchate of the Ukrainian Orthodox Church claimed that Pravyi Sector, a Ukrainian nationalist organization and political party, tried to seize a church in Ivano-Frankivsk oblast and attacked its parishioners. A little later, however, the police told Ukrayinska Pravda that the Moscow Patriarchate confused local council deputies with Pravyi Sector, a dubious claim since the Russian media constantly uses the group to scare its readers.

In the middle of September, the Moscow Patriarchate in Ukraine had begun spreading claims that nationalists will seize the historic Orthodox monasteries of Kyiv-Percherska Lavra and Pochaiivska Lavra on October 14, the day of Pokrova, a traditional Orthodox holiday.

The funny thing is that the Moscow Patriarchate made the same claim last year, around the same holiday.

We are at a historic moment. The Ukrainian Orthodox Church will become independent. It’s hard to overestimate the significance of this change; Moscow will no longer have power over it. And that’s exactly what Russia cannot tolerate.

The Kremlin has used three main narratives in the fight against an independent Ukrainian church. First, it tried to portray the Ukrainian Orthodox Church-Kyiv Patriarchate as inferior by calling it a church of schismatics, while claiming that the Russian church and its branch in Ukraine, the Moscow Patriarchate, are legitimate. Most of the alleged reasons were connected to details regarding religious procedures.

Now that the anathema has been lifted and the canonicity of Ukrainian churches restored, this argument is total nonsense.

The second narrative is a classic manipulation: playing the victim while actually staging the attack with the help of paid provocateurs and attacking, or planning to attack, themselves. The closer we get to the Orthodox holiday on October 14, the more we will hear about the alleged “seizure” of Moscow Patriarchate churches and attacks on their parishioners which could be staged.

Anxiety is high as some Ukrainian activists and volunteers started spreading the word that the Moscow Patriarchate has already decided to start pickets and provocations near the places where representatives of the Constantinople patriarchate live. Some expect more than just pickets, and it could result in violence.

What makes this perspective so disturbingly real is that it’s now common knowledge that Sviatogorska Lavra (part of the Moscow Patriarchate) in the Donetsk region was used as an armory and was sheltering gunmen supported by Russia long before the conflict in the Donbas.

Now Moscow claims that it will protect Orthodox believers the same way it protects Russian speakers. This sounds like déjà vu all over again, since Russia used the same pretext in 2014 when it started the conflict in eastern Ukraine.

As we approach the holiday, there’s bad news and good news.

The bad news is that Moscow might be ready to strike back with pickets, threats, provocations, and accomplices. The Belorussian and Serbian churches joined Moscow in condemning Constantinople’s decision.

Finally, when all else fails, there’s blackmail. The Russian church has threatened to cut ties with Constantinople if the Ukrainian church receives a tomos.

The good news is that the Moscow Patriarchate’s time is running out. After Constantinople’s decision, this movement for an independent church cannot be stopped.

And the story in Ukraine is part of a bigger picture. Now the Belorussian autocephaly church is thinking about seeking official autocephaly as well.

We might be witnessing not just “the divorce of century,” but we could see a domino effect. And this independence may begin an irreversible process in which people press for even greater freedoms. It’s hard to stay a slave once one has discovered the sweet taste of freedom.

Margo Gontar is the cofounder and a news anchor of Stop Fake, a site that monitors, fact-checks, and debunks Russian propaganda.

Image: Patriarch Filaret, head of the Ukrainian Orthodox Church of the Kyiv Patriarchate, speaks during a news briefing in front of the Volodymysky Cathedral in Kyiv, Ukraine October 11, 2018. REUTERS/Valentyn Ogirenko