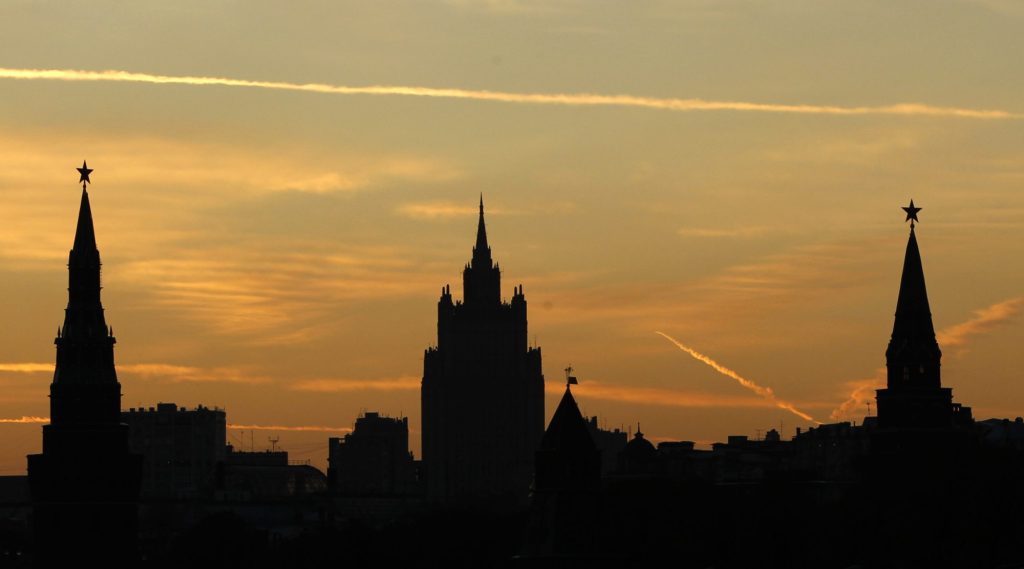 In January 1990, McDonald’s opened its first restaurant in Moscow’s Pushkin Square after spending years overcoming Soviet bureaucracy and the country’s business, agricultural, and marketing shortcomings. The McDonald’s presence in Russia eventually grew into a chain of 847 outlets and a workforce of 62,000 before this year’s brutal invasion of Ukraine changed everything.

Following the invasion, McDonald’s declared it would shutter all its locations in Russia and put the business up for sale. The company’s bombshell announcement explained that “the humanitarian crisis caused by the war in Ukraine, and the precipitating unpredictable operating environment, have led McDonald’s to conclude that continued ownership of the business in Russia is no longer tenable, nor is it consistent with McDonald’s values.”

The decision taken by McDonald’s was a rare instance of a principled and costly stance by a highly profitable global brand. A further 1,000 multinational corporations soon voluntarily announced that they would be following suit and leaving Russia. Many received considerable plaudits for their position. But the unfortunate reality is that, McDonald’s aside, three-quarters of the most profitable foreign multinationals remain in Russia according to research conducted by activist group B4Ukraine, a coalition of Ukrainian and international civil society organizations.

“To date, only 106 companies have exited the Russian market completely, while over 1,149 internationals remain,” claimed WeAreUkraine.info founder Nataliia Popovych via email. “The public is under the impression that most of the major international brands have already left Russia. In reality, most of the companies that downscale and suspend operations do it loudly while eight in ten companies doing business at some scale in Russia have kept silent about it.”

Andrii Onopriienko, Deputy Development Director of Policy Research at the Kyiv School of Economics, has argued that the ongoing presence of multinational companies in Russia enables Moscow to continue the war in Ukraine. “Russia needs approximately $1 billion a day to supply its invasion force with soldiers, equipment, and weapons. By continuing operations in Russia, international businesses are enabling Russia’s war effort,” he said. “The companies that remain pay corporate and payroll taxes to the Russian government as well as salaries to their approximately 690,000 employees in Russia. They are not neutral actors in Russia’s war of aggression against Ukraine.”

In addition to calling on multinationals to leave Russia, Ukrainian organizations are also asking companies doing business in Russia to perform their own human rights due diligence. “Value chain analysis reveals that significant investments, joint venture operations, and support services of multinational companies continue apace, especially in at-risk industries like oil and gas, consumer goods, and banking. Most of these are the same companies that claim to abide by the UN Guiding Principles for Business and Human Rights (UNGPs) and its call for human rights due diligence. Unfortunately, it’s the diligence that’s lacking,” explained Richard Stazinski, Executive Director of the Heartland Initiative.

The process of leaving Russia is not easy and can result in major costs for some, even the possibility of preemptive nationalization of assets by the Russian state. One example of this involves a multi-billion dollar gas project on Sakhalin Island in the Pacific Ocean. “Russia took control of the international consortium behind the giant Sakhalin-2 oil-and-natural-gas project, handing it to a new Russian entity that will effectively give the Kremlin say over which foreign investors will be allowed to keep their stakes,” reported The Wall Street Journal. “Two big Japanese energy investors said that the value of their stakes in a Russian natural gas project had fallen by more than half [roughly $1 billion] after a decree by Putin threatened to strip them of their rights.”

Such actions by the Russian authorities represent a form of “expropriation blackmail,” wrote Moral Rating Agency founder Mark Dixon in a July report. “We anticipate a tsunami of expropriations or blackmailed concessions over the next couple of months.”

In a globalized world, the Russian invasion of Ukraine has left international companies in a deeply compromised position. They are understandably criticized for not exiting the Russian market and face the prospect of punishment from Russia if they do attempt to leave. This may explain why so many have announced but then delayed or postponed their exits.

Despite these challenges, those who remain in Russia can expect little sympathy and will continue to face pressure to depart. By exiting the Russian market, multinationals can make an important contribution to the defunding of Putin’s war machine. This is seen as a vital element in the fight to end Moscow’s unprovoked invasion of Ukraine. Companies that choose to stay in Russia must weigh up whether the costs of leaving are higher than the reputational damage of helping to finance a genocidal war.