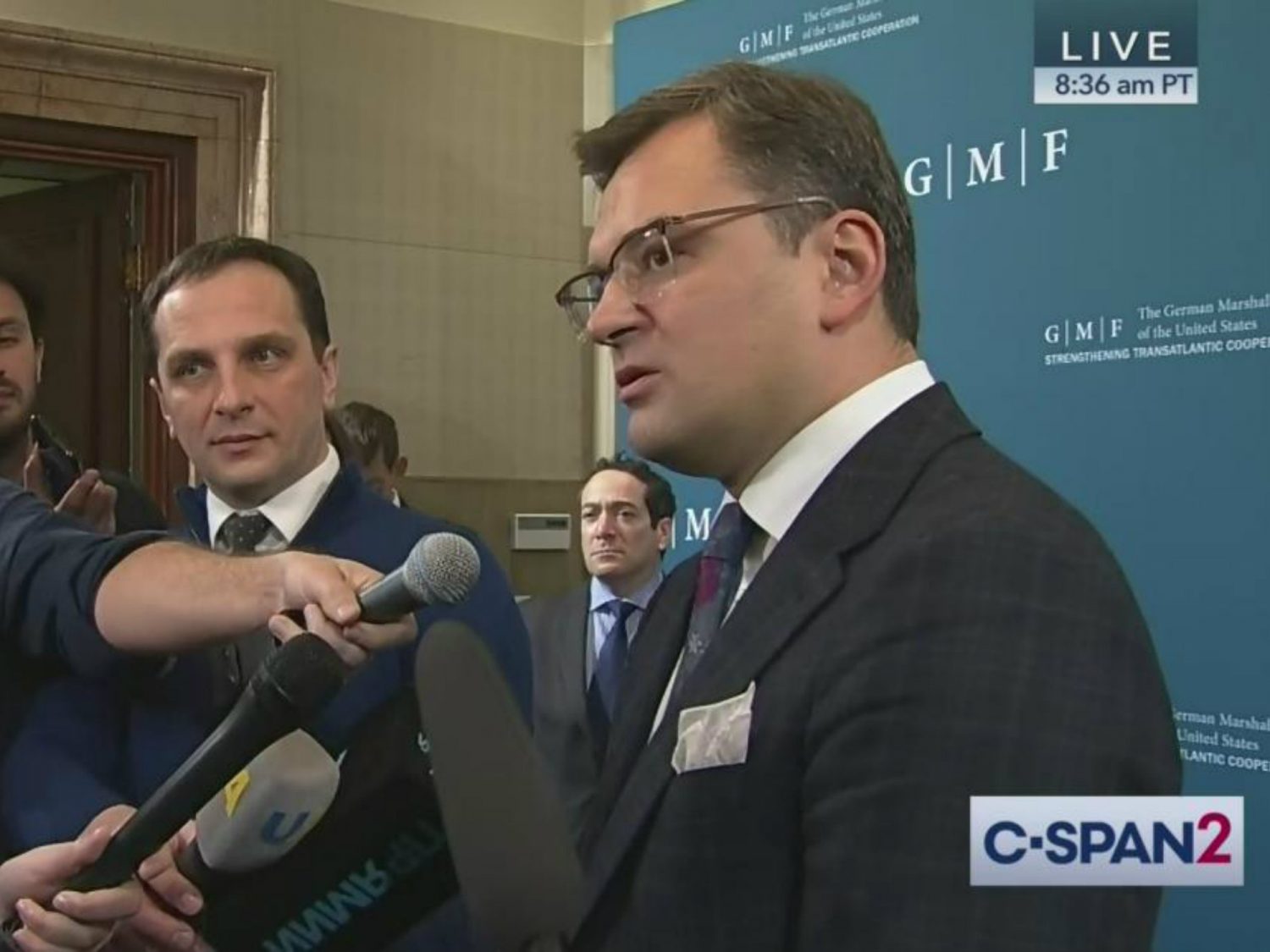 Ukraine’s Vice Prime Minister for European and Euro-Atlantic Integration Dmytro Kuleba delivered a master class in the art of diplomacy in Washington, DC, last week. At a time when the US-Ukrainian relationship has never been under more scrutiny, Kuleba arrived to reassure the US government that President Volodymyr Zelenskyy’s team is turning things around in Kyiv and remains committed to the country’s Euro-Atlantic integration.

When the press attempted to lure him onto dangerous ground, Kuleba ducked and weaved like a pro. One reporter asked him what message US President Donald Trump’s second meeting in the oval office with Russian Foreign Minister Sergei Lavrov sends after the hold-up over military assistance to Ukraine. Another asked if Joe Biden, Rudy Giuliani, or impeachment had come up in his meetings. Kuleba stayed on message. “There may be big politics. There may be turmoil, but the strategic nature of our relationship with the United States remains unshattered,” he said at the German Marshall Fund on December 13.

Kuleba confirmed that Ukraine is working to organize a full-fledged presidential visit to the United States. He also pointed to House’s recent passage of the National Defense Authorization Act (NDAA) as evidence that US support for Ukraine remains unchanged. The NDAA contains an increase of $50 million in military assistance to Ukraine and sanctions against the company laying the Russian Nord Stream 2 pipeline. Nord Stream 2, which could harm Ukraine’s gas sector, is set to come online in early 2020. Political commentators expect the Senate to pass the NDAA and the president to sign it.

I asked Kuleba if sanctions on Nord Stream 2 are a case of too little, too late. In an exclusive interview with UkraineAlert, he praised the move. “Every day matters. The Russians realize the risks. They are trying to lay as much pipe [as they can] before the sanctions become effective. It’s very simple. It’s physical. The vessel has to stop laying pipes as soon as possible.”

During his visit, Kuleba held “friendly” meetings with the National Security Council and top diplomats at the State Department. “There is an understanding in DC that Ukraine has to be treated fairly,” he said.

Kuleba spoke at length about the priorities of the Zelenskyy administration, which he described as being ready to take risks in order to secure peace. “The president is honestly committed to ending the war in the Donbas,” Kuleba stressed.

On December 9, the leaders of Ukraine, Russia, France, and Germany met in Paris for the first time in three years to discuss an end to the Donbas conflict. Kuleba said the overall spirit of the conversation differed from previous meetings. Both sides committed to implementing a real ceasefire and releasing more prisoners but put off the hard issues until the next meeting in four months. “The following weeks and months will show whether it is possible to trust Russia and build up trust in the relationship. To achieve that, [the Russians] have to deliver,” Kuleba told me.

When I pointed out that Russian-led forces had violated the ceasefire at least eight times since the Normandy Summit meeting, Kuleba nodded wearily. “It will never be straightforward,” he reflected. “Things will always be tricky with the Russians, but we can’t escape geography.”

Kuleba was downright enthusiastic about the government’s progress on domestic reform during the first few months of the new administration. He said he received a skeptical reception in Brussels in September, but that the greeting was much warmer in November after the Ukrainian parliament had passed a raft of legislation.

The Ukrainian vice prime minister gave concrete examples. Officials who misuse their office now bear criminal responsibility, while the National Anti-Corruption Bureau of Ukraine has the right to wiretap, both of which are steps forward in the struggle to combat corruption. He also cited the High Anti-Corruption Court, a claim I initially chalked up to hyperbole. Former President Petro Poroshenko fought the court but eventually allowed it. But activists in Kyiv told me that Zelenskyy does in fact deserve credit for fixing the jurisdiction of the court to focus primarily on high-profile corruption cases.

“We are absolutely serious about fighting corruption,” Kuleba said, pointing to efforts to clean up existing laws. New legislation has created a unified national database of all state property for lease. Businessmen and lawyers both confirmed that this law is a big deal. Previously, one man reportedly owned all four online platforms that were required for the process of property assessment, making a tidy $43,000 a day, according to Kuleba.

Kuleba is particularly convincing when discussing the subject of European integration, as one might expect given his job title. He recalled how the Ukrainian prime minister first offered him the job. Kuleba had one question before agreeing: “Do you want me to integrate Ukraine into the EU and NATO, or do you want me to imitate integration?” Integrate was the response. “Ever since I joined the government…I have not observed, heard or sensed any hint that we are imitating,” he said.

He claims Ukraine’s new government is moving the country westward, toward full membership in the EU and NATO, despite the “discouraging environment.” After all, the EU is reluctant to promise membership, while NATO claims its doors are wide open but will not specify a date for accession. However, Kuleba stressed that Ukraine wants to change not to join exclusive clubs, but to transform and modernize the country. While previous governments in Ukraine have made similarly bold claims, Kuleba seems genuinely convinced that this attempt to clean Ukraine up will be different. I want to believe him. Many millions of Ukrainians would surely agree.

Melinda Haring is the deputy director of the Eurasia Center at the Atlantic Council. She tweets @melindaharing. Doug Klain contributed reporting.

What Nord Stream 2 means for Europe

The EU has enough pipelines and LNG terminals to import all the gas it needs without Nord Stream 2.