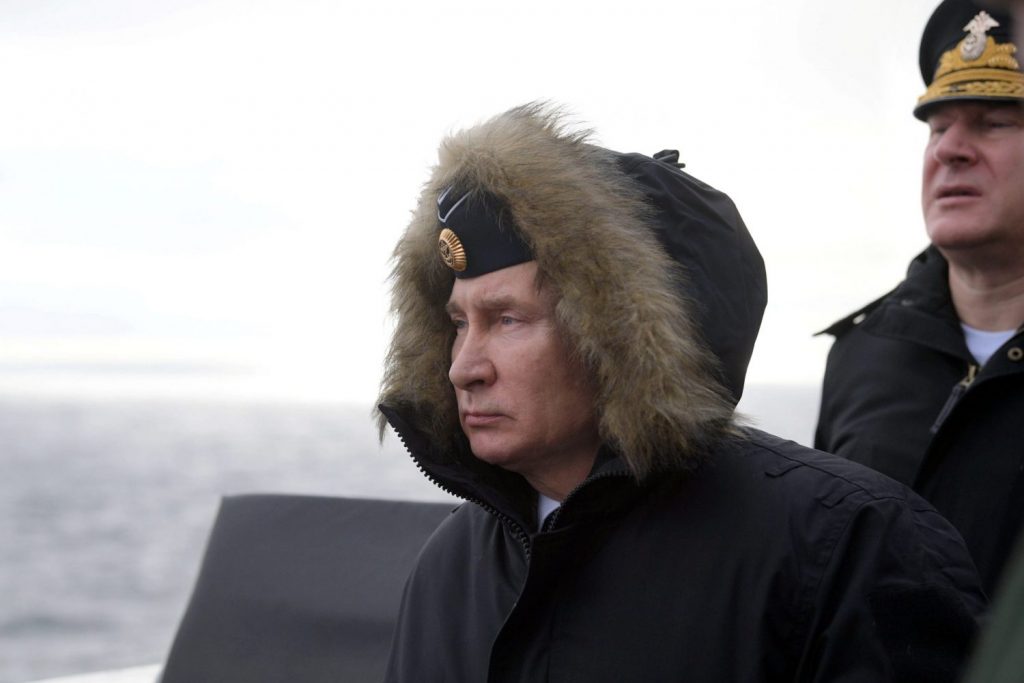 The Atlantic Council recently published an article by veteran correspondent James Brooke entitled, A frozen conflict may be Ukraine’s best option. While the arguments were laid out very coherently, the premise of the article was wrong on many levels.

First and perhaps foremost, it is not within Ukraine’s abilities to deliver a frozen conflict. There are two parties to this war, namely Russia and Ukraine. Unless both agree on a frozen conflict, it is simply not going to happen. Ever since 2014, we have seen Russia repeatedly break ceasefires in eastern Ukraine. There is no reason to assume this would change, regardless of any assurances offered by Moscow. Discussing something Ukraine cannot deliver is therefore little more than hypothesizing. Nevertheless, gaming out the frozen conflict hypothesis reveals how dangerous it is.

Brooke draws comparisons with existing frozen conflicts in the Russian-occupied parts of Moldova and Georgia. Russia has occupied Moldova’s Transnistria for almost 30 years and shows no signs of leaving. In the cases of Abkhazia and South Ossetia in Georgia, the shooting war may be over, but Russia regularly sends troops into the Georgian countryside at night to advance the borders and add to the territory they already occupy. In all three instances, Russia is not going anywhere. One would hope that the world has learned enough from the experiences of Moldova and Georgia to avoid heading down the same path in Ukraine. The goal of the international community should not be to allow yet another Russian occupation to become permanent.

Accepting a frozen conflict would be a betrayal of the Ukrainian soldiers who have kept the invading Russians at bay for almost six years. It would mean abandoning the millions of Ukrainian citizens who remain in occupied eastern Ukraine as hostages to a situation the vast majority of them did not ask for. As we have seen in Russian-occupied Moldova and Georgia, Ukrainians caught on the wrong side of a frozen conflict would find themselves abandoned to a cycle of declining opportunities and narrowing horizons as the entire region falls into a state of terminal stagnation.

These are just some of the reasons why a frozen conflict is not only undeliverable but also unacceptable. However, probably the greatest problem with the frozen conflict thesis is that it shifts the focus away from alternative approaches to ending the war that offer the possibility of a more just and sustainable settlement. Rather than accepting the inevitability of endless Russian occupation, Ukraine and the international community should be looking to increase the cost of continued Russian aggression. The Kremlin must face mounting pressure to meet its Minsk obligations to withdraw and allow the reestablishment of civilian Ukrainian administration.

Some see any push by Kyiv for local elections in eastern Ukraine as unrealistic or even suicidal. Brooke argues that, as history tells us, “The Kremlin does not lose elections where it has soldiers.” This is true, but nobody in Ukraine is seriously suggesting elections should take place in the Donbas while the region is under Russian military occupation. Quite the opposite, in fact.

After some initial stumbles, President Zelenskyy has made his position on this issue very clear. In the early months of his presidency, Zelenskyy committed himself to the so-called Steinmeier Formula, which offers vague sequencing for the numerous steps towards conflict resolution. Nationwide protests followed, with Zelenskyy accused of preparing to capitulate to the Kremlin by agreeing to hold elections under occupation conditions. His response was to categorically rule out elections until Russian troops are withdrawn and Russian military equipment is either fully withdrawn or under lock and key. This remains the most important of the red lines identified by the Ukrainian president during the second half of 2019.

There are also fears in Kyiv that even in the event of a Russian military withdrawal, east Ukrainian voters might still choose to elect the Kremlin appointees who currently control the region on Moscow’s behalf. I have my doubts about that outcome, for a few reasons. The first is that if the Kremlin thought their proxies were actually capable of winning a legitimate ballot, they would have been demanding elections for years already. This has not happened. The fact is that the people currently calling the shots in the Donbas at the behest of Moscow are crooks and opportunists chosen for their loyalty to Russia rather than their competence. The local population knows this.

It is also worth underlining that any free and fair elections in eastern Ukraine would necessarily have to feature the participation of the region’s pre-war population. This means including the votes of the estimated 1.7 million people who are internally displaced inside Ukraine. There is little chance this demographic would vote for the people who made them flee their once peaceful homes.

Everything ultimately depends on Vladimir Putin, of course. He started this war and only he can finish it. With this in mind, the international community should be constantly reminded that Putin will only end his attack on Ukraine when the price becomes too high to continue. Escalating costs are an essential ingredient of any peace plan.

In practical terms, a realistic roadmap towards military de-escalation and local elections is currently required in order to move the peace process forward. This might prove possible if the international community backs Ukraine’s demands to revise the Minsk Accords and update the Steinmeier Formula accordingly.

At the same time, Russian recalcitrance must be made prohibitively expensive. Putin needs to be left in no doubt that failure to abide by any of the internationally mandated steps towards conflict resolution will automatically lead to the introduction of painful new sanctions against him and those close to him. If strategically and consistently applied, such pressure could pave the way towards a viable peace. A frozen conflict will only prolong Ukraine’s pain indefinitely.