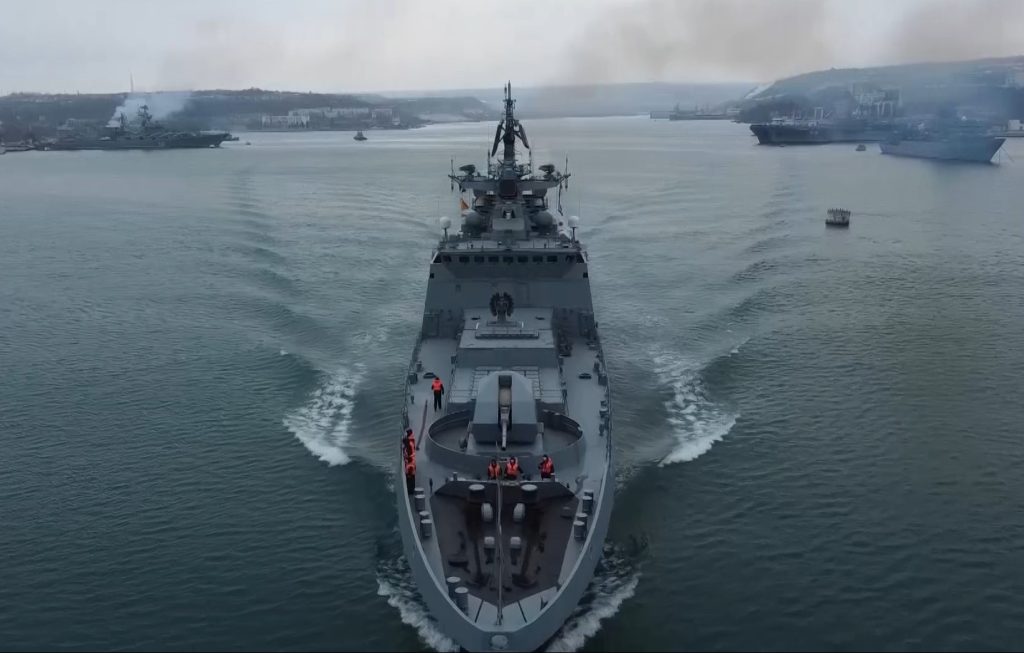 During the first three months of the Russo-Ukrainian War, Ukraine’s ability to defeat Russia on the battlefield has astonished the watching world and led to mounting speculation that Vladimir Putin’s invasion will end in defeat.

At the same time, the situation at sea remains significantly more favorable for the Kremlin and demands urgent international attention. Russia’s blockade of Ukraine’s Black Sea ports is strangling the country’s economy and also threatening to spark a global food security crisis by preventing Ukrainian agricultural exports from reaching international markets. Unless this issue is addressed, it will cause famine around the world in the coming months.

Unfortunately, Ukraine has traditionally overlooked the issue of maritime security. Following the onset of hostilities with Russia in 2014, military spending remained overwhelmingly focused on improving the country’s ground forces. Nevertheless, the importance of the Black Sea cannot be overstated as the gateway for Ukrainian exports to the outside world. Since February 2022, this gateway has been closed.

While Russia enjoys almost complete naval superiority in the northern Black Sea, Ukraine has been able to secure a number of notable maritime victories during the past three months of hostilities. The most striking success was the sinking of Russia’s Black Sea Fleet flagship, The Moskva, which was hit by Ukrainian Neptune missiles fired from a coastal battery. Ukraine has also repeatedly struck Russian forces on Snake Island and damaged or sunk Russian vessels in the surrounding waters.

The prolonged struggle for Snake Island reflects the vital role played by this rocky little outcrop in the battle to dominate the wider Black Sea region. Russia clearly recognizes its significance and sought to capture Snake Island on the first day of the war, leading to a legendarily defiant exchange between a Russian warship and the tiny Ukrainian garrison. If Russia is able to consolidate its grip on Snake Island, it will serve as a base for missile systems that would allow the Kremlin to control much of the Black Sea along with the airspace across southern Ukraine.

While the democratic world has taken up the challenge of arming Ukraine to resist Russian aggression on land, international involvement in the war at sea has been more limited. The most significant contribution so far has been Turkey’s decision in the early days of the conflict to enforce the terms of the 1936 Montreux Convention and close the Bosporus and Dardanelles Straits to Russian warships.

Prior to the outbreak of hostilities, the US had provided Ukraine with a number of vessels. More recently, Britain has included naval missile systems in its military aid packages for Ukraine but these systems have yet to arrive. Meanwhile, the planned purchase of a corvette warship from Turkey did not produce results prior to the start of the war.

Despite moderate Ukrainian successes and localized setbacks for Russia, the overall outlook at sea remains highly unfavorable for Ukraine. The Russian Black Sea blockade is having a devastating impact on Ukraine’s agricultural industry, which is the engine of the country’s entire economy. With limited alternative capacity and only land routes available, Ukrainian farmers are unable to ship 90% of grain exports.

This has serious implications for global food supplies. Ukraine is one of the world’s largest grain exporters and an emerging agricultural superpower which feeds hundreds of millions of people. Unless Russia’s Black Sea blockade is brought to an end, experts are predicting a mounting crisis in the months ahead with particularly devastating consequences for poorer countries. “Millions of people around the world will die because these ports are being blocked,” UN World Food Program Head David Beasley warned in early May.

Clearly, freedom of navigation in the Black Sea and Azov Sea are critical elements of any post-war peace settlement. It is equally clear that the world must not wait until the war is over before addressing the issue of unblocking Ukraine’s ports.

Ukraine cannot end the blockade simply by targeting Russia’s remaining warships and hoping for more successes similar to the sinking of The Moskva. Even without the power of the Black Sea Fleet, Russia could still enforce a blockade of Ukraine’s southern ports by threatening to target merchant shipping with aviation and missiles. Without a firm solution, international insurers will simply refuse to cover the risk of sailing to or from Ukrainian ports.

The only viable solution at this time is the creation of a protected maritime zone enforced by the international community. There are a variety of expert opinions on how this might best be achieved, with many relying on NATO capabilities. One of the most frequently cited options would involve the establishment of a humanitarian navigation corridor patrolled by NATO ships and aircraft to ensure the safety of commercial shipping.

If it proved too difficult to reach a consensus within NATO for such an initiative, a coalition of participating countries could be created for the purpose. With global food security at stake and millions of lives at risk, it would theoretically be possible to justify such a move while deflecting accusations of direct intervention in the Russo-Ukrainian War.

Of course, the first question regarding any protected maritime zones would be the rules of engagement for both ships and aircraft. If they came under Russian attack, would they engage in direct combat?

This would essentially be a replay of the earlier debate regarding a No-Fly Zone over Ukraine which ended in wholesale rejection of the idea. Notably, much has changed since a No-Fly Zone was ruled out in March. After almost three months of heavy losses and military humiliations in Ukraine, the Kremlin currently has little interest in provoking a direct confrontation with NATO.

Russia’s reputation as a military superpower has already been greatly diminished by events in Ukraine. It is time for NATO leaders to recognize that Putin is a bully who feeds off their caution. In reality, he has no stomach for a direct confrontation which Russia can ill afford.

In addition to political obstacles, there are also a number of practical problems to overcome before a protected maritime zone could be imposed. Even during peacetime, the naval vessels of non-Black Sea nations are only allowed to enter the Black Sea for limited periods. With the Montreux Convention now in force, warships are not able to enter the Black Sea at all.

With no realistic possibility of renegotiating the terms of the Montreux Convention, the simplest solution would be for the Turkish Navy to take the lead in providing the necessary ships to enforce a protected maritime zone. Fellow NATO members Bulgaria and Romania could also contribute, while smaller vessels from other participating countries could enter the Black Sea via the Danube River. Meanwhile, the policing of airspace over the Black Sea could be handled by a coalition of countries using existing NATO bases in the region.

The only alternative to a militarily enforced maritime corridor would be a diplomatic agreement with the Kremlin. Reports indicate that UN Secretary General Antonio Guterres is currently attempting to negotiate with Moscow over a partial relaxation of the blockade in order to restart Ukrainian grain exports. However, any deal would likely mean relaxing sanctions imposed for the invasion of Ukraine, which many view as a completely unacceptable and dangerous concession that would only serve to encourage further acts of Russian aggression.

Unless Putin’s Black Sea blockade is broken, the Ukrainian economy will suffer grave damage and countries around the world will soon face the prospect of famine. This is a strong argument for immediate international intervention.

The only question is whether the political will exists to risk a confrontation with the Kremlin. Russia’s limited military capabilities have been brutally exposed in Ukraine, but many Western leaders nevertheless remain reluctant to challenge Putin so directly in the Black Sea. This excessive caution risks extending the carnage in Ukraine and causing a global food crisis.

Andriy Zagorodnyuk is chairman of the Center for Defence Strategies. He is the former Minister of Defense of Ukraine (2019–2020) and was the head of the MOD Reforms Project Office (2015–2018).

Image: Russia’s blockade of Ukraine’s Black Sea ports is strangling the country’s economy and also threatening to spark a global food security crisis. (Ministry of Defense of the Russia via Reuters Connect)