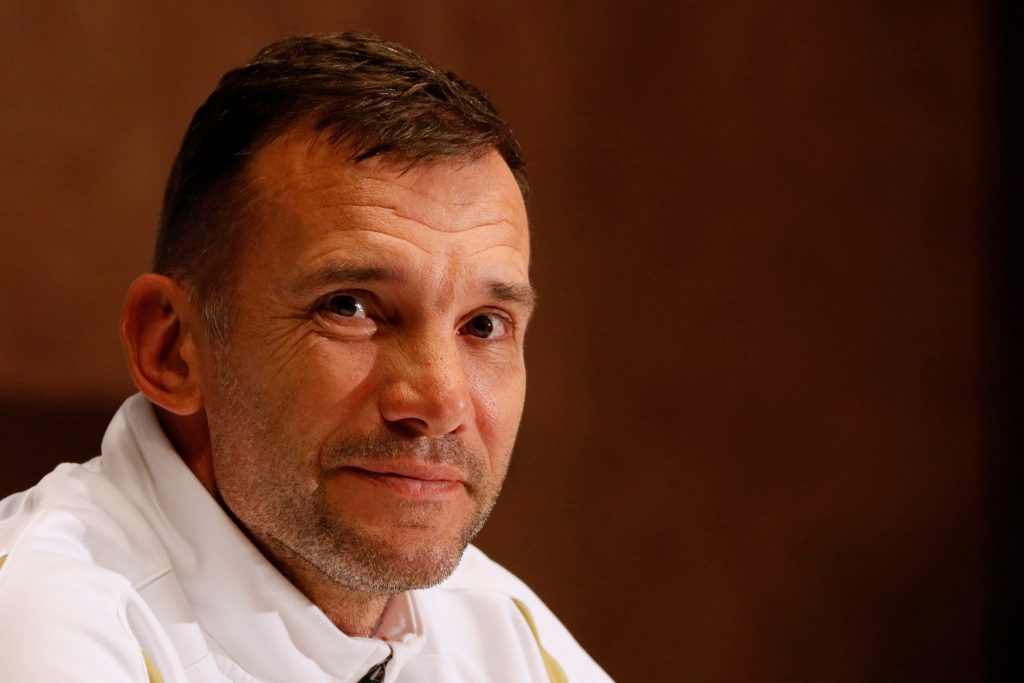 The Ukrainian national football team faces Germany in Leipzig on November 14 in a game that could propel the winner into the semi-finals of the UEFA Nations League. Both sides are battling it out with Spain for top spot in their League A qualification group, with just one point separating the three sides. Although four-time world champions Germany will necessarily go into the tie as favorites, it says much about the progress made under head coach Andriy Shevchenko that a Ukrainian victory would no longer be regarded as a complete surprise.

Few tipped Shevchenko for success when he was first appointed to manage the Ukrainian national team four years ago. The former Dynamo Kyiv and AC Milan forward had hung up his boots in 2012 following an illustrious career that had brought him worldwide fame and considerable fortune. Unlike other players who rose through the ranks under the tutelage of legendary Ukrainian coach Valeriy Lobanovskiy, Shevchenko was not widely seen as managerial material.

Shevchenko first entered the world of football management in 2016 as assistant coach to Ukrainian national team manager Mykhaylo Fomenko ahead of the 2016 European Championship. Following Ukraine’s poor showing in the tournament, Fomenko was dismissed and Shevchenko was unveiled as his replacement.

The appointment was highly controversial. Critics pointed to Shevchenko’s complete lack of managerial experience and questioned his suitability for the role. While Shevchenko was universally revered by Ukrainian football fans for his exploits as a player, he was not regarded as a strong leader, nor was he considered a particularly astute tactician.

The skepticism surrounding Shevchenko’s appointment appeared more than justified when Ukraine failed to make it to the 2018 World Cup in what proved to be an underwhelming first qualification campaign at the helm for the former icon of the national team. Inevitably, this sparked a debate over whether the ex-striker should step down and hand over the reins to a more qualified manager.

Shevchenko himself appears to have been unfazed by the criticism he received. Following the failed bid to qualify for the 2018 World Cup, he set about transforming the national team. One of his key decisions was to change the makeup of the squad by putting his faith in a new generation of young Ukrainian talent, while also selecting players who plied their trade outside of Ukraine in some of Europe’s top leagues. On the training ground and with his selections, Shevchenko encouraged a flowing and adventurous style of play that was at odds with the often conservative tactics adopted by many of his predecessors.

These changes produced rapid results. During the inaugural UEFA Nations League competition that ran during the second half of 2018, Ukraine overcame Slovakia and the Czech Republic to win their League B group comfortably and progress to the top tier of the competition.

This was just the beginning of Shevchenko’s winning streak as national team manager.

Ukraine remained unbeaten for the entire year in 2019 and qualified for the 2020 European Championship in some style. Campaign highlights included a swashbuckling 5-0 win against Serbia and an impressive victory over 2016 European champions Portugal. All of a sudden, football pundits began to speak of Shevchenko as one of the game’s most promising young managers. Inevitably, he was soon being linked with a return to his former club, AC Milan.

The coronavirus outbreak led to the postponement of the 2020 European Championship, which is now scheduled to take place next summer. For a period, the pandemic also appeared to have robbed Shevchenko of his magic touch. When international football resumed in September 2020, Ukraine suffered a string of defeats including a 0-4 thrashing in Spain and an ignominious 1-7 hammering in a friendly match against France.

Cynics saw these humbling setbacks as evidence that the Ukrainian national team was not yet ready to compete at the highest level of European football. However, Shevchenko’s squad produced the perfect response by beating Spain 1-0 in mid-October with a hugely impressive performance at Kyiv’s Olympic Stadium. Whatever else now happens in the final two matches of the current Nations League qualification campaign, Ukraine’s resilience has earned Shevchenko and his team a considerable amount of respect.

The rise of the Ukrainian national football team under the leadership of Shevchenko is arguably long overdue. During the final decades of the Soviet era, Ukraine was home to the strongest club sides in the USSR. Dynamo Kyiv led the way, winning the UEFA Cup Winners Cup on two separate occasions as well as dominating domestic competitions.

Thanks to this legacy of international success, independent Ukraine appeared well-placed to emerge following the 1991 collapse of the USSR as a serious European footballing power. Instead, Ukrainian football entered into a period of rapid decline as cash-starved clubs struggled to survive in the harsh economic realities of the 1990s. The fortunes of the national team reflected this fall from grace, with Ukraine failing to qualify for a major tournament until the 2006 World Cup.

This underwhelming track record makes the recent heroics of the Ukrainian national team under Shevchenko all the more impressive. Victories over top-class opposition such as Portugal and Spain have forced the footballing world to take Ukraine seriously, while also giving the country’s long-suffering football fans something to cheer about.

For a forty-million-plus nation with a strong footballing pedigree, Ukraine has long been punching well below its weight in the international arena. After decades of disappointment, there are now signs that this may finally be changing. Much of the credit must go to Andriy Shevchenko, who has already demonstrated that he is more than just another pampered former superstar living off the reputation he earned as a player.

Mark Temnycky is an accredited freelance journalist who covers Eastern Europe. His articles have been published by the Atlantic Council, the Wilson Center, the Center for European Policy Analysis, Forbes, and the Diplomatic Courier.

Ukrainian village team Kolos Kovalivka are preparing to write a new chapter in what is one of the most romantic stories in modern football history when the club makes its Europa League debut in Greece.