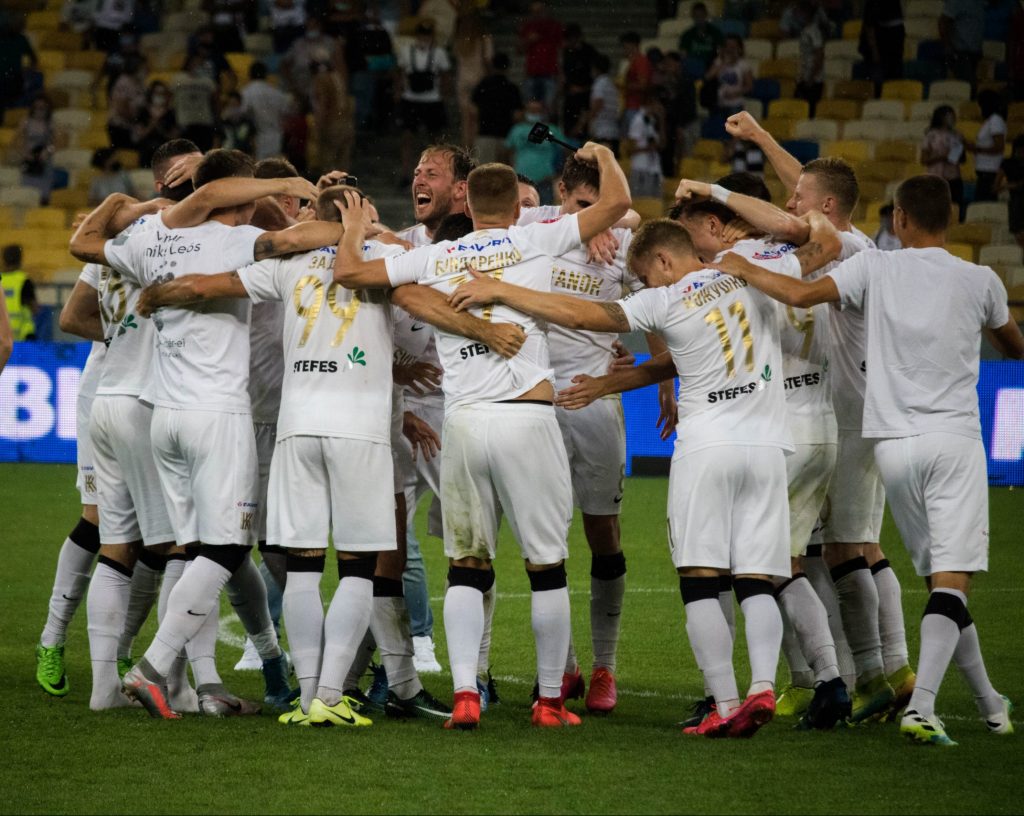 Next week, Ukrainian village team Kolos Kovalivka will write a new chapter in what is surely one of the most romantic stories in recent football history. On September 17, the Ukrainian club will face Greek side Aris in Salonika in a Europa League second qualifying round tie that would have seemed beyond the realms of possibility just a few seasons ago.

The coming game in Greece will be Kolos’s debut in UEFA club competition. Remarkably, it comes just eight years after the club’s foundation. Established in 2012, Kolos is a village team hailing from the agricultural heartlands of rural Ukraine. The meteoric rise of Kolos represents a rare glimmer of light in what has been an otherwise dark period for Ukrainian football. It is an unlikely tale offering hope to other small clubs across the continent that dream of breaking into the big time.

Nobody expected Kolos to spend August 2020 preparing for a European campaign. The team had only arrived in the Ukrainian Premier League one season earlier, but a sixth-place finish saw them enter the league’s European competition playoff, where they defeated FC Mariupol 1-0 to book their ticket to the Europa League.

It is difficult to comprehend the magnitude of the achievement made by Kolos manager Ruslan Kostyshyn’s side. The team is based in Kovalivka, a small village around 80km south of the Ukrainian capital city with a population of around 1,600 people. The club shot up through the ranks of Ukrainian football, starting out at amateur level in the Kyiv Oblast Championship in 2012 before reaching the Ukrainian Premier League via an improbable seven-year sequence of back-to-back promotions.

Unsurprisingly, the club’s modest facilities have been unable to keep pace with the team’s progress on the pitch. The cozy 1,815 seat Kolos Stadium did not meet UPL regulations requiring a minimum 5,000 capacity. This forced the club to play most of its home games during the 2019-20 season at the Obolon Arena in northern Kyiv, with a few prestige matches held at the Ukrainian capital’s majestic Olympic Stadium. In order to maintain the strong community spirit that Kolos prides itself on, the club organized free coaches and tickets for fans from Kovalivka and neighboring villages.

Former UPL veteran midfielder and current Kolos manager Ruslan Kostyshyn is one of the architects behind the village team’s success. He has been at the club since its amateur days, having first arrived in 2014. The ex-CSKA Kyiv, Dnipro and Kryvbas player can take considerable credit for the ascent that the club has made in such a short space of time. However, the pivotal role in the club’s development belongs to the wealthy Zasukha family, who have long played a prominent part in the everyday life of Kovalivka.

The Zasukhas control an agricultural enterprise in Kovalivka based on the site of a former Soviet collective farm. Over the past three decades, they have invested significantly in the local community, including everything from the financing of infrastructure upgrades to the village’s well-attended flowerbeds.

This investment has helped endow Kovalivka with a quaint yet affluent appearance that is at odds with much of the surrounding Ukrainian countryside, leading one Ukrainian publication to dub the village Ukraine’s “mini-Switzerland”. Other media coverage has been less flattering and has included descriptions of Kovalivka as an example of twenty-first century feudalism.

The 2012 establishment of Kolos Kovalivka Football Club was the Zasukha family’s most ambitious project to date. Andriy Zasukha, who is the son of family patriarch Anatoliy Zasukha, serves as Kolos Club President. Predictably, the team is sponsored by the family agriculture business.

The Kolos fairytale comes at a time of grim realities for Ukrainian football. Since the outbreak of hostilities with Russia in early 2014, the Ukrainian Premier League has been in a state of near-constant crisis. Many of the league’s top clubs have ceased to exist after wealthy oligarch backers withdrew financing. Teams with considerable European pedigree such as Metalist Kharkiv and 2015 Europa League finalists FC Dnipro have entered into liquidation in recent years, while last season saw western Ukraine’s biggest club, Karpaty Lviv, fall from grace following financial mismanagement.

The ongoing Russian occupation of Crimea and eastern Ukraine has also deprived the UPL of numerous teams while condemning others to internal exile. Clubs from Crimea no longer compete in the Ukrainian league at all. Meanwhile, sides from eastern Ukraine have experienced a nomadic existence since 2014 and have been forced to play home matches far from home in Lviv, Kharkiv, and Kyiv.

The loss of so many established teams has hit Ukrainian football hard. It has eroded the previously high standards of the UPL and increased the gulf in class that separates perennial champions Shakhtar Donetsk from the rest. Bankrolled by Ukraine’s richest man Rinat Akhmetov, Shakhtar Donetsk have dominated Ukrainian football for the past decade, winning the league in eight of the last ten seasons.

Shakhtar are the most prominent of Ukraine’s footballing exiles. The club was forced to flee as fighting engulfed Donetsk in summer 2014. Shakhtar left behind one of Europe’s finest stadiums, the Donbas Arena, which had been built by Akhmetov to host games during the Euro 2012 European Championship. Despite this misfortune, Shakhtar have succeeded in eclipsing Dynamo Kyiv as the country’s top side. However, the relative decline of the UPL has left the Donetsk side without serious domestic competition.

There are now growing signs that Ukrainian football is on the road to recovery. The current UPL season, which kicked off in August, saw the league expand from 12 to 14 teams. Two further sides are scheduled to join the UPL next year. It is hoped that this will help the league recapture the quality of the late 2000s, when it regularly boasted three or four sides capable of progressing to the latter stages of European competition.

Ukraine has strong football traditions to build on. During the final decades of the Communist era, Ukrainian sides dominated Soviet football. The legendary Dynamo Kyiv teams of the 1970s and 1980s won European honors and provided the backbone for the USSR teams that starred at international tournaments including the 1986 World Cup in Mexico and Euro 1988.

The tale of Kolos is in many ways a product of the turbulence that has rocked Ukrainian football since 2014. The unlikely progress of this recently established Ukrainian village team from the Kyiv countryside to the upper echelons of European football would not have been possible without the disappearance of so many Ukrainian clubs over the past six years. It is also a reminder that despite the rampant commercialization of the modern game, miracles do still sometimes happen.