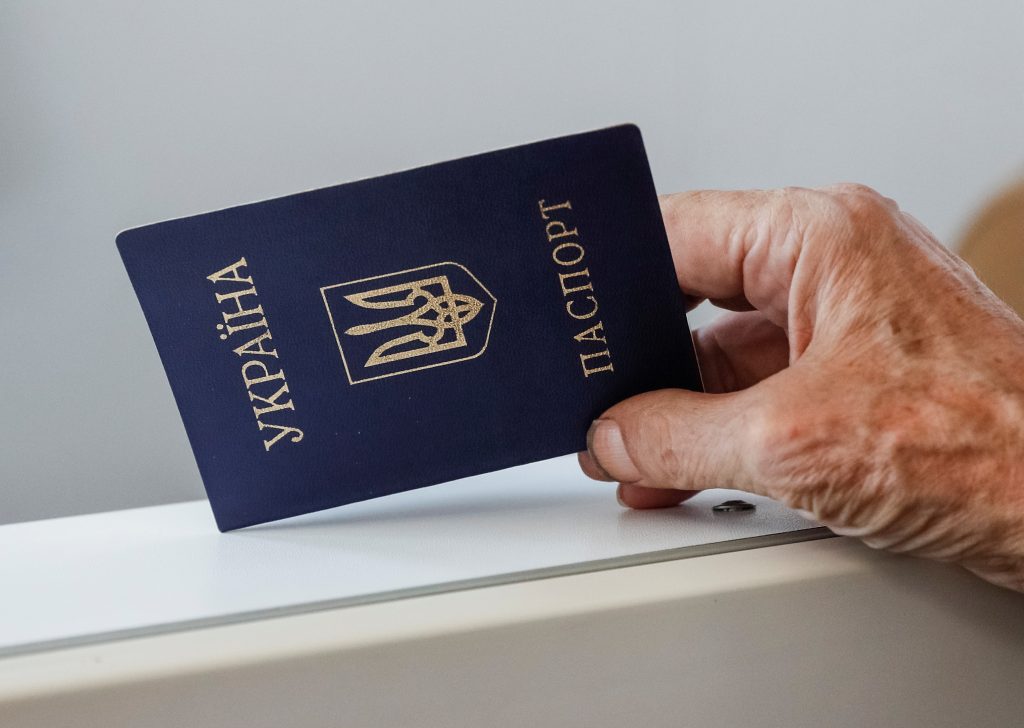 On July 18, a new law governing stateless determination procedures entered into force in Ukraine. Human rights advocates say the legislation, signed earlier in the week by Ukrainian President Volodymyr Zelenskyy, could significantly expand access to social rights for thousands of stateless individuals in Ukraine. The Ukrainian government now has three months to pass bylaws and enact new policies to bring the facts on the ground into line with the new legislation.

Law 2335 is meant to bring Ukraine into compliance with the provisions of the 1954 Statelessness Convention and the 1961 Convention on the Reduction of Statelessness, both of which Ukraine acceded to in 2013. In line with the aforementioned international treaties, Ukrainian legislation will now define a stateless person as “someone who is not considered as a citizen by any state under the operation of its law.”

This legislative change also introduces clear procedures for the determination of statelessness, while placing the burden on the state to establish that an individual is not a citizen of another country. Meanwhile, the new law explicitly indicates the statelessness determination procedure as being available to persons not legally present in Ukraine. This is a crucial aspect of the law because the vast majority of stateless persons in Ukraine have lived in the country for many years, if not their entire lives.

Statelessness remains a massive challenge for the entire post-Soviet region. Upon the collapse of the Soviet Union, many individuals, especially elderly people, those living in isolated rural areas, or people from minority communities, never exchanged their Soviet passports for updated identity documents issued by the newly independent nations of the former USSR. By failing to undergo this bureaucratic procedure, tens of thousands of people became legally nonexistent.

Almost three decades since the Soviet Union ceased to exist, the true scale of the statelessness problem remains a subject of considerable debate. The last extensive data on statelessness in Ukraine came via the country’s most recent nationwide census in 2001. This determined that there were 82,550 stateless persons present in the country at the time. There has not been another census since then.

This extended lull means that current estimates of statelessness in Ukraine are considered unreliable and vary wildly. The UNHCR estimates that there are still more than 35,600 stateless persons in the country. However, in 2018 the World Bank reported that there were an extraordinary 1.27 million undocumented persons living in Ukraine, which would indicate a far larger stateless population than previously imagined.

The murkiness surrounding the actual numbers of stateless people in today’s Ukraine has only been exacerbated by the ongoing conflict with Russia in the east of the country. Many families with already flimsy personal documentation have been forced to flee from their homes in eastern Ukraine since 2014, often losing their familial connections and personal identity documents in the process. Moreover, less than 50% of children born in non-government controlled areas of Ukraine over the past six years have been issued with birth certificates by the Ukrainian government, which puts them at risk of statelessness as well. For these tens of thousands of people, the new legislation could prove a saving grace.

While the introduction of new legislation is welcome, it will not act as a panacea for stateless persons and those at risk of statelessness in Ukraine. Iryna Aleksieieva, a statelessness expert with the humanitarian NGO Right to Protection, suggests that the legal challenges are only half the battle facing Ukraine. “We need to be mindful about identification efforts so that we can reach the people who most need to know about the legal changes,” she comments. “Stateless people have typically been socially excluded for a long time. They are often elderly people without internet access. Sometimes they are illiterate. Stateless people need a helping hand and a bit of guidance to know how to exercise their right to obtain a legal identity.”

Simply announcing Ukraine’s legislative changes through normal media channels will not bring the news to those who need this information the most. Aleksieieva and other human rights advocates suggest Ukraine’s new laws would have a greater impact if they were accompanied by a much broader outreach effort, with officials even going so far as to conduct door-to-door identification efforts in remote communities. This approach produced significant results in Kyrgyzstan. However, such an initiative would require greater international attention and more funding for what remains an often overlooked human rights challenge.

For now, Ukraine’s legislative changes at least present an opportunity for stateless persons to achieve legal status. They provide that, upon submission of their applications, applicants will be given a certificate establishing their legal presence in Ukraine for the duration of the procedure. If their application is then approved, some individuals may even be put on the path towards acquiring Ukrainian citizenship. This could allow tens of thousands of people who were previously stuck on the fringes of society to enter into legal employment, buy or rent housing, get an education, receive social security payments, and get married. They would also be able to move about freely both inside and outside Ukraine, and generally live like normal residents of Ukraine.

Moscow plans to issue one million Russian passports to residents of Russian-occupied eastern Ukraine by the end of 2020 in a bid to prolong the six-year conflict between Russia and Ukraine indefinitely.

To stop Putin, the Western world must revisit the 1994 Budapest Memorandum

Ukraine’s Deputy PM for Reintegration of the Temporarily Occupied Territories Oleksii Reznikov says trust must be rebuilt before there can be peace with Russia. Returning to the framework of the Budapest Memorandum would be a step in the right direction, he argues.

With international travel still heavily restricted due to the ongoing coronavirus crisis, Ukraine’s Black Sea holiday resorts are experiencing a major boost as Ukrainians spend their vacations closer to home.

Image: Almost thirty years since the collapse of the USSR, statelessness remains a significant issue in independent Ukraine, but new legislation aims to make it easier for stateless residents to gain legal status. REUTERS/Gleb Garanich