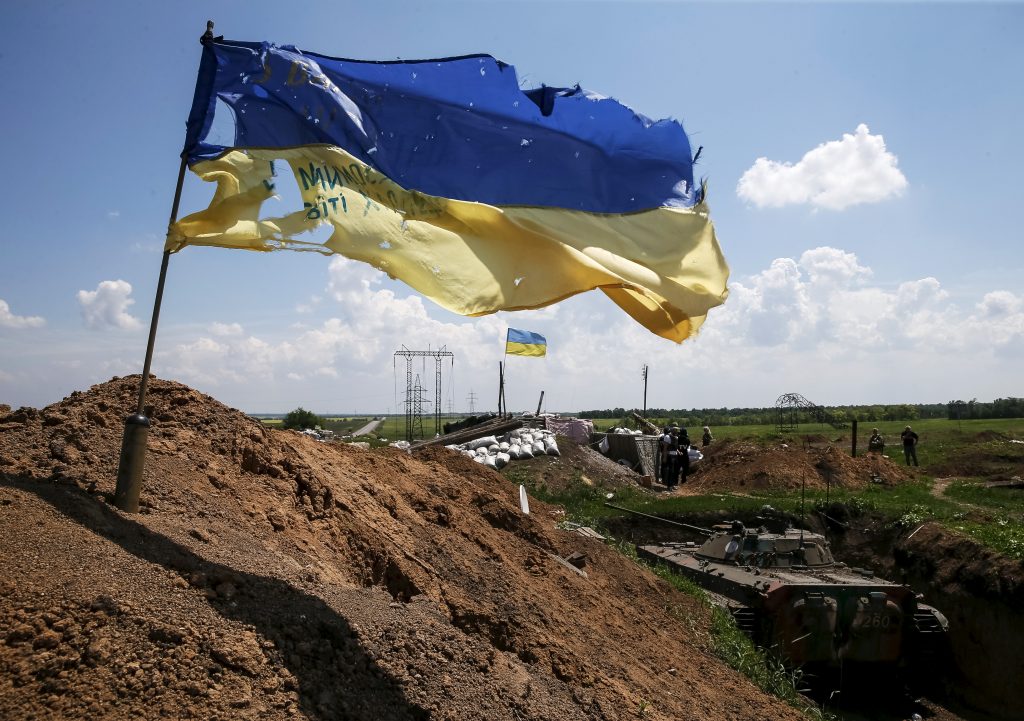 I am a negotiator. I have an almost 30-year career in conflict resolution. The essence of the job, as I understand it, is fostering trust. Even the most bitter, heated and protracted conflicts may be solved once trust is established. The opposite is also true. Even relatively minor disagreements can prevent conflict resolution if there is no trust between the parties.

When Ukrainian President Volodymyr Zelenskyy gave me the great honor last year of representing our country in the Trilateral Contact Group of the Minsk process, I saw my main goal as finding common ground that would help us to gather the necessary levels of trust required to relaunch the peace process. This is also how I see my role as Ukraine’s Deputy Prime Minister for Reintegration of the Temporarily Occupied Territories.

Trust depends on identifying common interests, but how do we find a set of interests shared by Ukraine, the West, and Russia? For our country, any shared sense of trust would have to be hard-won. Ukraine has suffered far too many wounds from being too trusting.

The deepest and most painful wounds came in 2014. In the initial stages of the Russian attack, our soldiers, who would later fight so heroically and deservedly earn the nickname of “cyborgs,” were victims of political paralysis and could not even shoot back at the enemy.

Just days earlier, they had believed this enemy was their brother. The enemy swore friendship to us, signed treaties to this effect, and continuously highlighted everything that we had in common. Then they turned and attacked us, first occupying Crimea then drowning the Donbas region in blood. We could not wrap our heads around such unthinkable developments.

Next came Ilovaisk in August 2014. Russian regular forces, having invaded Ukraine, promised our encircled soldiers a humanitarian corridor to withdraw. Instead, they treacherously opening fire on the defenseless retreating columns. Hundreds died. This war crime will remain a shameful stain on the uniform of every member of the Russian military.

Another older but related wound continues to cast a dark shadow over modern Ukrainian history. I am referring to the events that unfolded in Budapest some 25 years ago. Former Ukrainian president Leonid Kuchma, who was a direct participant, has described them to me.

Having placed its trust in the guarantees offered by the US, the UK, and Russia, Ukraine signed the Budapest Memorandum on December 5, 1994. By doing so, Ukraine willingly relinquished its nuclear arsenal, the third largest in the world at the time.

On the day the agreement was signed, the highly experienced French leader Francois Mitterrand told Kuchma, “Young man, you will be tricked, one way or the other.” The Ukrainian president could hardly believe his ears. If he could not trust the signatures of the US and UK leaders alongside that of his friend Boris Yeltsin, then what could he trust? Unfortunately, history has proved Mitterrand right.

The occupation of Crimea, the battles of Ilovaisk and Donetsk Airport, the capture of Debaltseve after the signing of the second Minsk Agreements, the Russian shelling of Ukrainian civilians in Mariupol and Kramatorsk, can all be traced back to the betrayal of Budapest.

Ukrainians have come a long way since 2014 and have come to accept the fact that we must rely primarily on our own resources. The Ukrainian army is now among the strongest in Central and Eastern Europe. Its combat experience, as well as its experience of losses, has made it infinitely stronger. Today, we have more than 350,000 combat veterans ready to stand up and defend our country.

Psychologically, we are also well past the stage that the Western world has yet to approach. This lack of psychological preparedness makes it even harder for people in Rome, Brussels or Vienna to appreciate the nature of the threat they face. Nevertheless, they will have to do so eventually.

In addition to the active war Russia is waging in Ukraine, the entire Western world now finds itself in a hybrid conflict against the Kremlin. Widespread disinformation campaigns in Europe and the US, cyber-attacks, support for radical political movements, assassinations everywhere from Salisbury to Berlin, an attempted armed coup in Montenegro, and military interventions in Syria and Libya are all aspects of the Kremlin’s hybrid warfare that extend directly from the failure to stop Russian aggression in Ukraine. These escalating actions pose the urgent question of whether the civilized world is capable of standing up to the aggressor instead of merely appeasing it.

So far, it is clear that attempts to appease Moscow by removing the occupation of Crimea from the international agenda have only served to encourage Russia. Rather than moderating its aggressive stance, Russia is fast transforming Crimea into an imposing military stronghold designed to strengthen its ability to dominate the Mediterranean, the Balkans, and the Middle East. This is taking place in a climate of complete impunity, in full view of the international community and against a backdrop of flagrant human rights abuses in Russian-occupied Crimea itself.

In a way, history has now come full circle. By agreeing to give up its nuclear arsenal in 1994, Ukraine saved the Western world trillions of dollars in defense spending over the following two decades. Failure to live up to the spirit of the Budapest Memorandum and protect Crimea from occupation in 2014 is now forcing the West to increase defense expenditures dramatically.

The man controlling today’s global hybrid war is Russian President Vladimir Putin, and he evidently remains undeterred. For example, during the past year, the Kremlin has begun the large-scale distribution of Russian passports in the temporarily occupied regions of eastern Ukraine. This policy aims to establish a permanent Russian foothold that will undermine the safe reintegration of these regions into Ukraine. Instead of seeking peace, the Kremlin would rather create a long-term grey zone in eastern Ukraine that will help Russia destabilize the whole of Europe.

Russia clearly views the current international security situation as an opportunity to test the boundaries of the civilized world. Adopting the so-called “salami tactics” so wonderfully described in the cult British sitcom “Yes, Prime Minister”, the Kremlin will create ever newer challenges for the West. Unless these aggressive actions encounter an adequate response, Russia will continue pushing the boundaries further. There is a good chance that the next test of this nature will be an attempt to discredit the NATO alliance by targeting the Baltic States. Will NATO be able to reach the consensus necessary to mount a rapid armed response?

In order to transform this situation, we must find ways to turn small sparks of trust into a genuine peace process rooted in common interests that will prove capable of stopping the war, returning both people and territories to Ukraine, and helping Russia to shed its status as a global pariah. Ukraine is ready to embark on this journey, but any progress will also depend on concrete steps from those who previously served as guarantors of Ukraine’s safety before becoming sources of distrust.

Returning to the framework of the Budapest Memorandum would be a step in the right direction. One attempt to do so has already been made. Back on March 1, 2014, the United Kingdom’s representative on the United Nations Security Council suggested that urgent consultations in the Budapest format should begin. At the time, this initiative did not go any further. We should now consider returning to the Budapest format. Initially, consultations should take place without Russia’s participation, given that Moscow has discarded its guarantor status in favor of becoming an occupying force. However, the Budapest format would subsequently provide opportunities for fresh engagement with the Kremlin.

This step would take considerable courage and a willingness to assume responsibility for the future. The moment is somewhat reminiscent of that day in September 1946 when Winston Churchill delivered his trenchant speech at the University of Zurich that paved the way for the birth of the European Union. Churchill’s speech came at a moment when the former enemies of the war-torn continent could not imagine ever working together. The Nuremberg trial had yet to deliver its verdicts. Nevertheless, this was to prove the first step towards European unity.

Ukraine sees at least two directions offering the promise of meaningful progress within the Budapest framework. These include a qualitatively new level of military and technical support for Ukraine, along with help in bringing the aggressor state to justice.

Eventually, a return to the Budapest format could also prove advantageous for Russia itself. What better way for the Kremlin to regain the trust of the international community than to tackle the primary cause of today’s global confrontation and restore the broken promises of Budapest?

We do not intend to abandon the Minsk format as long as it helps us to free our citizens from Russian prisons, at the very least. Nevertheless, we must also look for additional avenues to rebuild trust and strengthen international security. In this quest for a sustainable peace with Putin’s Russia, all roads lead back to Budapest.

Image: A battle-scarred Ukrainian flag flies on the front lines in eastern Ukraine. Ukraine has been defending itself again Russian aggression since 2014. The failure of the international community to stop Putin in Ukraine has led to escalating Russian hybrid hostilities against the entire Western world. Ukraine's Deputy PM Oleksii Reznikov argues that it is now time to revisit the 1994 Budapest Memorandum in order to end the confrontation and plot a path towards a sustainable peace. REUTERS/Gleb Garanich